One way our pets who have gone to the Rainbow Bridge can live on for us is through our current pets. Luke seems to have a knack for doing things that remind me of our past dogs. I don’t know if they are things he learned from them when they were here, or if he simply shares characteristics they had. When we lost our beagle Kobi in February of 2014, I wrote the post “Heaven Sent Us An Angel”, and in that post I wrote about how Luke was doing many things that Kobi used to, such as sleeping in his spot, seen in the photo below.

Of all the dogs we’ve had, I think Luke most often reminds me of Kobi. He often walks just like Kobi did when he was younger, or he’s a combination of Kobi at different ages. When Kobi was young, he was a puller, and Luke can still do that, though I’ve trained him to do better. On walks this week, Luke reminded me a bit more of our beagle Cricket – he was trucking along when we were on the road. Cricket was always full speed on the road, and then pokey on the woods trails where there were more scents. I picked up my speed to keep up with him, and then we saw that darn fox exiting our woods trail!

The fox saw us and high-tailed across the road. Luke didn’t try to chase it, thank goodness, though he did pull a bit that way. When we got on the trail, he tracked that fox all the way back to our yard by the chicken coop. I’ve said it before, but I find it so hard to believe that Luke doesn’t have some beagle in him. He certainly has the nose.

At other times, he saunters along the road constantly pulling off into the brush. When Kobi used to do that, I’d tell him “stop trolling for ticks!”, since the ticks tend to be in the brushy areas. I now find myself often saying that to Luke, and though sometimes I might feel a bit sad for missing our beagles, more often it just makes me smile at those happy memories.

His penchant for stopping to eat grass was a Kobi trait as well, along with leaving me standing there, more patiently now than I used to be, waiting while he smells something intently. Kobi would have loved all the deer poop we see in our woods!

Kobi and Cricket had pretty opposite personalities. Kobi was laid back and happy with a simple walk. Cricket was high energy and high strung, and though she slowed down a bit with her age and heart condition, she still needed to play ball daily.

While Luke is turning out to be far more like Kobi than Cricket, I think he takes comfort in taking over both of his late siblings’ routines. Inside the house, Luke has picked up many of Cricket’s habits. She trained him well to go straight to the pantry when we get back from our walks and ask for a treat. He’s taken over her favorite spot in the chair as well; that spot I touched every morning for a while after she departed for the Bridge. As our morning routines have changed, I stopped doing that for the most part, though I still occasionally do. Now I more enjoy seeing Luke there, lying on top of the pillow he moved just like Cricket used to. 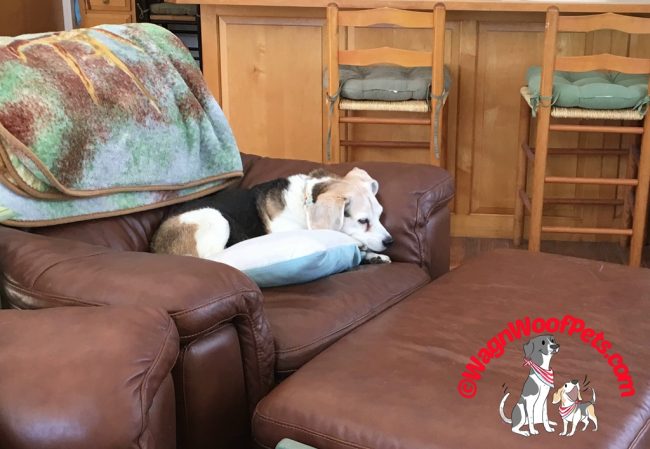 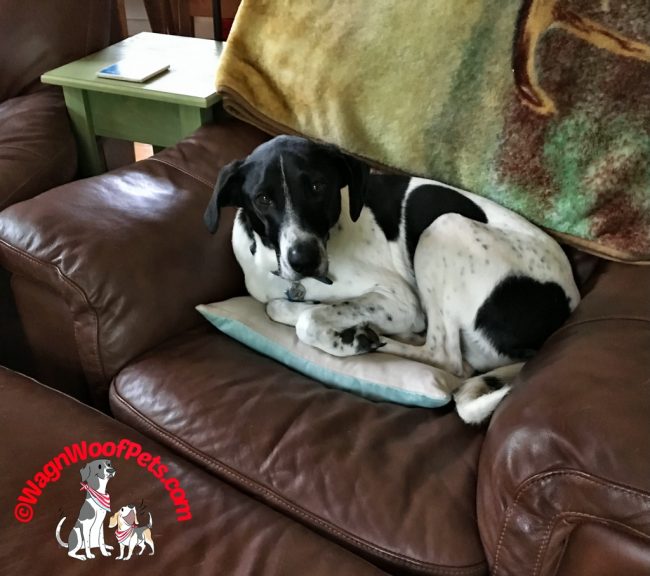 Luke does still like to play with toys, mostly in the evening. Though he’ll only chase the ball once, and not give it back, he does make me smile when he goes to the toy box and selects a toy that was one of Cricket’s favorites, like the yellow Duckworth duck* seen in the photos below. While Luke doesn’t seem to have a lot of our late golden retriever Sheba’s personality traits, when I am the one who has to chase him down the hall and play tug with the toys, I miss how our golden girl used to entertain him in the evenings so I didn’t have to. 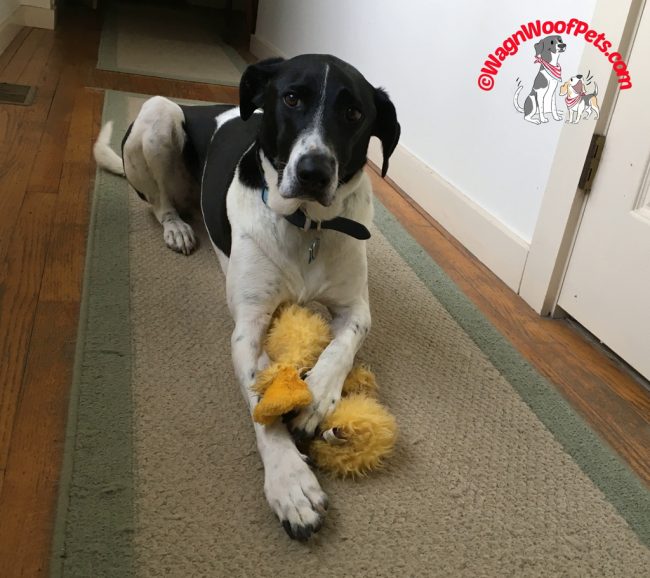 Though it is sometimes tinged with sadness, I am thankful for the times like these that Luke brings back a memory of his siblings and makes me smile. He helps to keep their memories alive for us. ♥

Thank you to our friends at Brian’s Home for hosting the Thankful Thursday blog hop. Please visit them and other blogs through the links below!