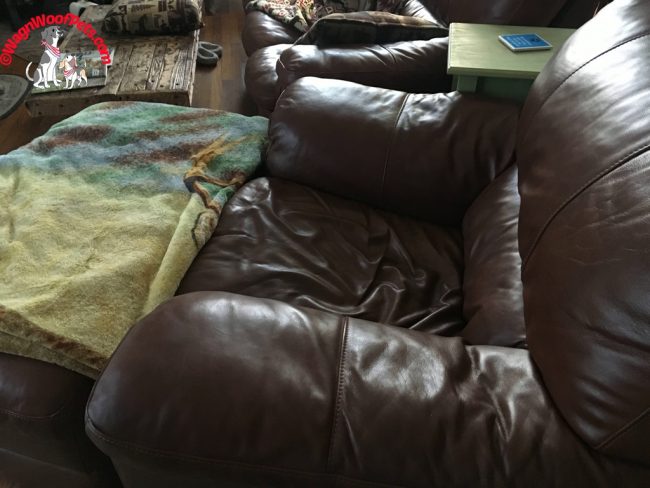 As I woke up to the alarm the second morning after the loss of our beagle Cricket, I made myself get up and start my normal routine. The previous morning, I had let myself sleep a little later since I hadn’t slept most of the night. I slept better that next night, but still was awake at 4 am and had cried more and then dozed back off to sleep with Lab mix Luke at my side. I was determined to stick to routines on this day, probably as much for my own sanity as for Luke’s or our cat Samantha’s.

I headed to the kitchen where my pot of coffee was ready and poured a cup as I always do. The next step in my routine had been to check on Cricket. She would have gotten up with the Dadz, maybe come back to lie by my legs in bed for a while, but then gone back out to sleep on the chair in the living room (occasionally it was the couch, but lately the chair had become her favorite place to nap), most likely because Dad made it cozy warm out there by getting the wood stove going before he left for work. I never touched her but watched her sleeping peacefully, and then I’d take my coffee back to bed and snuggle with Luke for a bit. 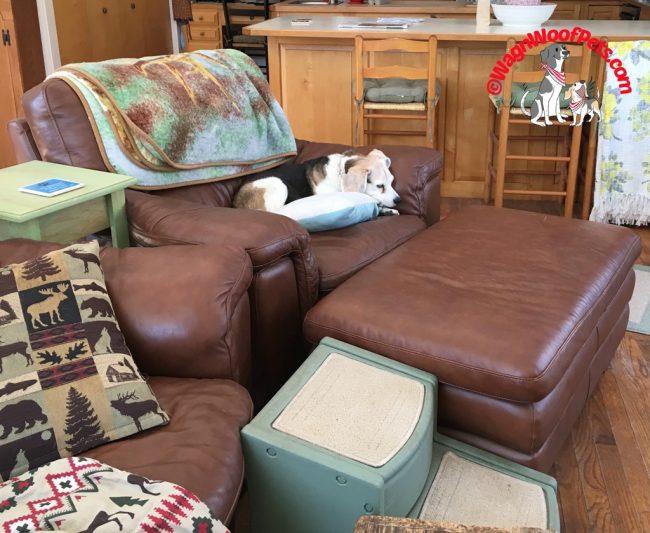 On this morning, I knew as I walked to the chair that she wasn’t there….but I couldn’t help myself. I touched my hand to the empty chair and said “I miss you so much, baby.” Then I went back to bed for a bit and got up to our normal routine, or as normal as it could be now. I would feed Samantha first, since she was probably mewling from the time I went back to bed with my coffee, and listening to me saying “I’ll get up soon, sweetie!” Then I would watch the news for 10 – 15 minutes and feed the dogs just shortly after that.

It used to be that Dad would feed the dogs in the mornings, until he started his new job and was getting up much earlier. We decided it was too early, and I would take over that duty. I always waited a little bit after feeding Sam, since Cricket was usually still sound asleep in her chair when we got up, and for a while her appetite hadn’t been too great in the mornings. Though her appetite had been good lately, I still stuck to waiting. Eventually, I suppose I’ll no longer wait, but I’m sticking to the routine for now for both Luke’s sake and my own as well.

That was another difficult thing these last few mornings; making meals has become much too easy. Cricket got medications and supplements, and every morning I’d put some of her pills in a pill pocket, and the others in with her meal, which consisted of kibble and other fresh food ingredients put on top. Preparing Luke’s meals seems way too easy without all the added medications and it is ready so quickly I feel like I’m forgetting something. I know I’ll get used to that in time too.

Finding the new normal is not easy. At first, I wouldn’t let my hubby move the pet stairs away from the couch; I just couldn’t bear changing everything all at once. The stairs were for both Luke and Cricket, but Luke never uses them and it’s easier for the humans to get to the couch without having to step over them. But now they’re gone, and there is an empty space next to that empty chair.

I have a brand-new quilt waiting to go on our bed. It’s bright and cheerful in spring colors, and I look forward to it brightening up our bedroom. I hadn’t put it on yet because Cricket was occasionally having accidents in bed due to the medications she was on; and I didn’t want to have to wash it right away. The frequent washings of the old quilt, along with both dogs scratching at it, has left many holes in it. But somehow, putting that new quilt on the bed feels like just another thing I’m changing because Cricket is gone (even though I had planned to put it on eventually anyway). At some point, I’ll be ready, and that pretty quilt will bring some cheer to our bedroom, but not yet. I guess it just doesn’t suit my mood right now either.

It’s become my new morning ritual to go to that chair and touch it and say something to Cricket, like “I miss you, girlfriend.” I suppose eventually I’ll stop doing that but for now it feels like something I need to do. By the way, that favorite chair of Cricket’s is where my hubby wrapped her in a blanket and laid her down to take her last breaths.

I don’t want to dwell on my sadness, as hard as it is not to, and I don’t want people who come to read this blog to feel sad every time they do. I’ve always been an optimist and I know things will get better and that will come back. In that spirit, I’ll leave you with a happy story about that empty chair:

The Dadz usually sits there at night to watch TV, and I’m on the couch. If Cricket got there first, she’d lie on the blanket thrown across the ottoman, between his legs. But on occasion, if she’d gotten up to go outside or get a drink, Luke would take the spot. Cricket would come back in and head up her little stairs and start to go right to the chair. Now Luke is protective when he is with one of us at times, and he will start to growl when she does that.

We’d encourage her to come sit with me instead, and she’d turn around slowly and start to do so. But as soon as she did, Luke would be jealous of that and jump up and over to sit next to me. Cricket would then stop, turn around, and go to her spot on the chair between Dad’s legs.

We’re pretty sure that little beagle knew exactly what she was doing, and just how to get Luke to leave the spot she wanted in the first place. Our Cricket was a smart little beagle, and she knew exactly how to get everything she wanted. She made us smile every day and eventually those happy memories will ease the sadness and fill that empty chair.