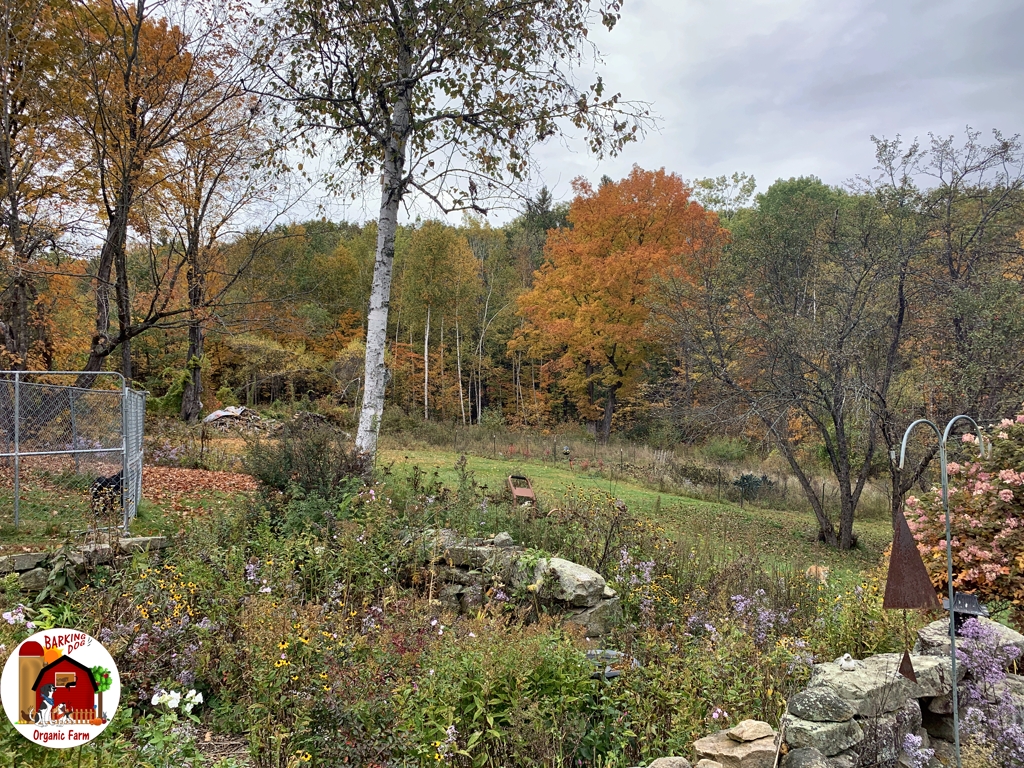 There’s been so much going on here on the farm, I don’t even know where to start! I guess first with a remembrance of our sweet angel Luke. I bought these lovely chimes to put in our memorial garden for him. I wanted to do something a little different than what I have for his angel sisters and was happy when I found these. We still miss him so much; his spirit is with us everywhere here on the farm and around the house. 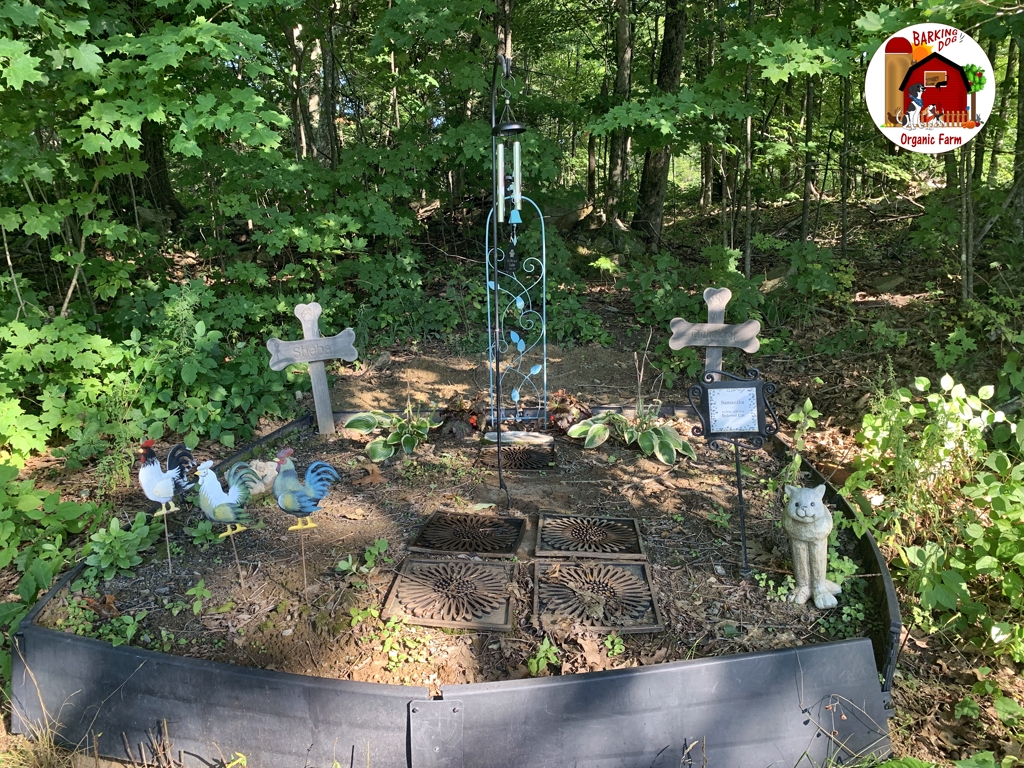 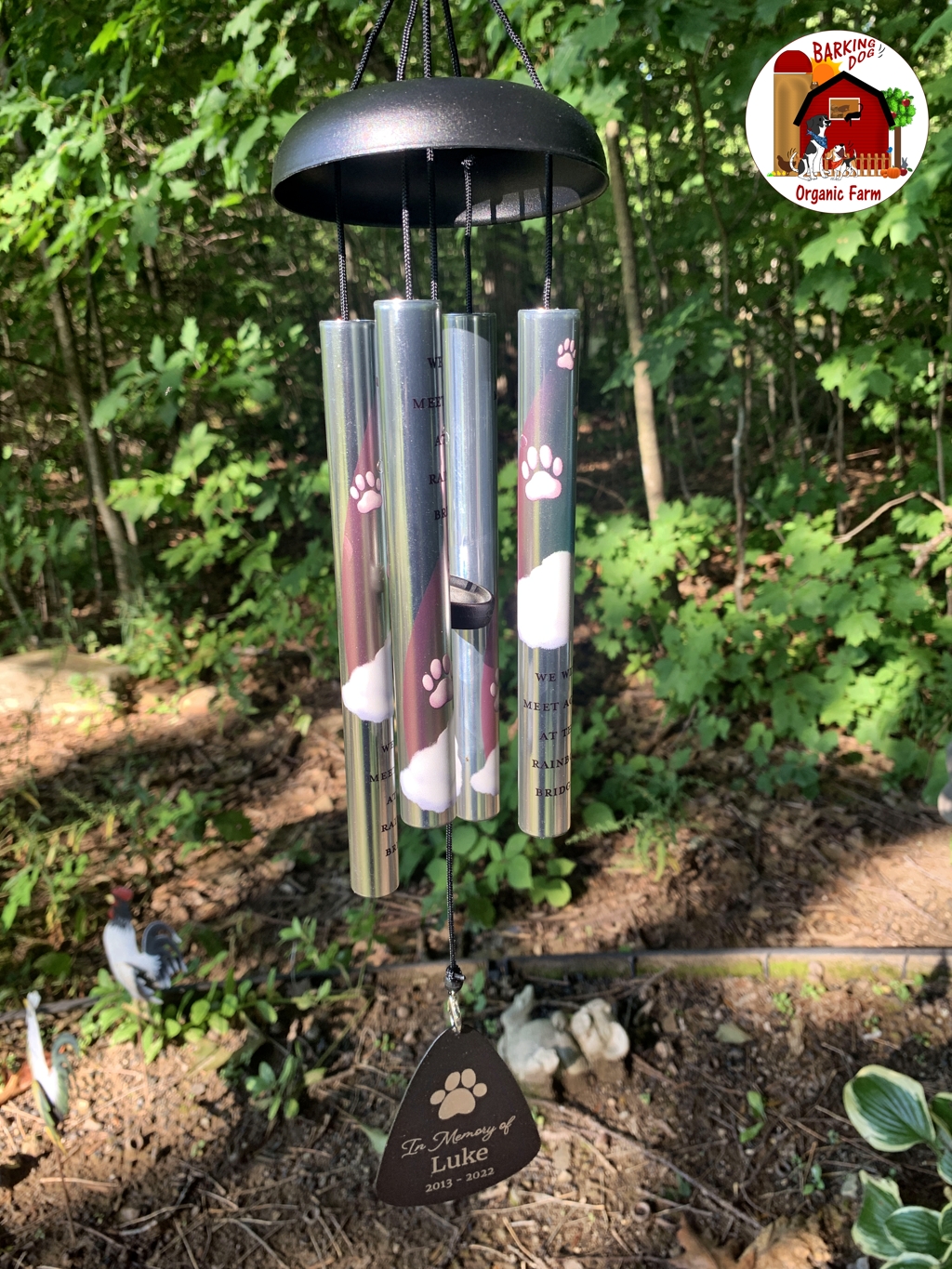 Copper Sue and Max help to ease that pain. They are growing like weeds! Copper is now 8 months old, and 55 lbs; Max is 6 months old and 50 lbs. They are still wild and crazy puppies but have more quiet moments where they are just so sweet! Max especially loves to give lots of kisses, Copper is a bit more stingy with hers. But she always wants to be with us, except for the time she spends outside playing with her brother. They get along so great!

We did a DNA test on Copper. She came to us as a “hound mix” which is exactly what we thought she looked like. I was sure she had either Bloodhound or Coonhound as the majority of her DNA. I could not have been more wrong: 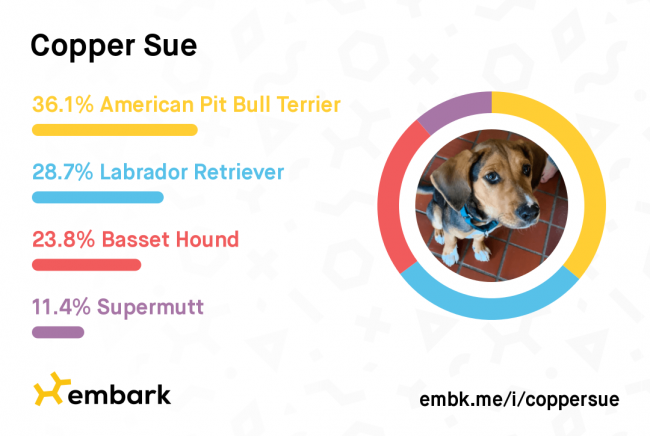 It’s fun to know the breeds that make up her unique personality (that’s the reason we did it, for fun, and to satisfy our curiosity!), but it’s not the important thing. She is 100% sweet and that’s all that matters! We did wonder why she didn’t have a hound dog bark though, so now we know! Neither her nor Max are particularly vocal anyway, they only bark when they are playing. It’s been an adjustment for us to not know whenever anyone has come into our yard – Luke never missed a thing, and he lived up to his job as Chief Barking Dog at Barking Dog Organic Farm! These two need a bit of work. 😊

I won a bandana on Twitter for the dogs (check out @CharliePawsUp if you’re on there), so bought a second so they could both have one. These nice handmade ones are reversible so they each wore a different side for what was one of their first modeling gigs! They are not the pros their brother Luke was, but Luke had lots of practice, since he grew up as a “blog dog”! Getting these two crazies to sit still together was challenging, they just wanted the treats already! We did get some keepers though! 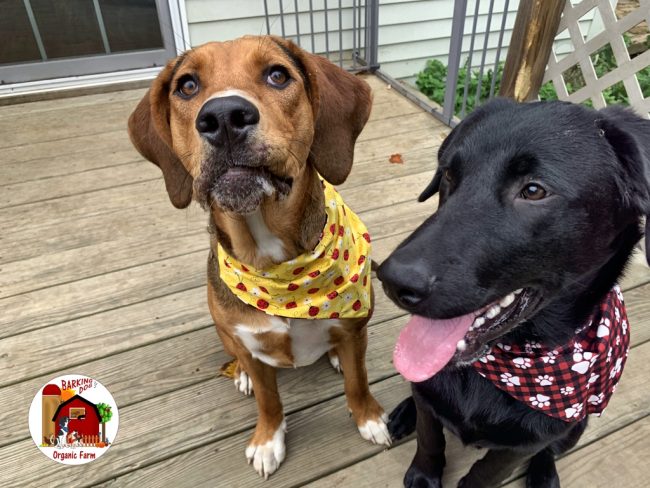 The newest hens are now laying like champs, and we finally have plenty of eggs in stock – before we had a waiting list of people wanting them!

The youngest birds are guinea fowl we hatched ourselves back in late August. It was our best hatch ever, and we sold some, but we ended up with 7 of them to keep and they just had their first venture outside:

The barn cats are doing wonderfully but don’t seem to understand that they are supposed to be semi-feral. All three are loving and affectionate, always vying for attention, and seem to think they need to come in the house! Copper gets a little too excited about that, but Max is mostly disinterested. We are currently working on getting the mousers set up to stay warm in the garage for the winter. My sister donated several things her cat doesn’t use so we think they are going to have nice warm beds and a pretty good set-up.

It has surprised us that they seem to be just like the chickens when it comes to bedtime. I thought they’d stay on the summer schedule, where they started, but they now show up on the porch looking for supper at dusk (as opposed to after 8 pm in the summer), just before the birds put themselves to bed! This happens to now fall at the time I get home from work, so it’s fun to have them greeting me when I get home too.

Our garden was successful this year; up until our first recent frost we were overwhelmed with tomatoes and zucchini mostly. We got lots frozen to use in soups and sauces throughout the winter, and were able to sell some of the excess here at the farm and at my shop. The pumpkins did well, and made for a nice porch display at my shop: 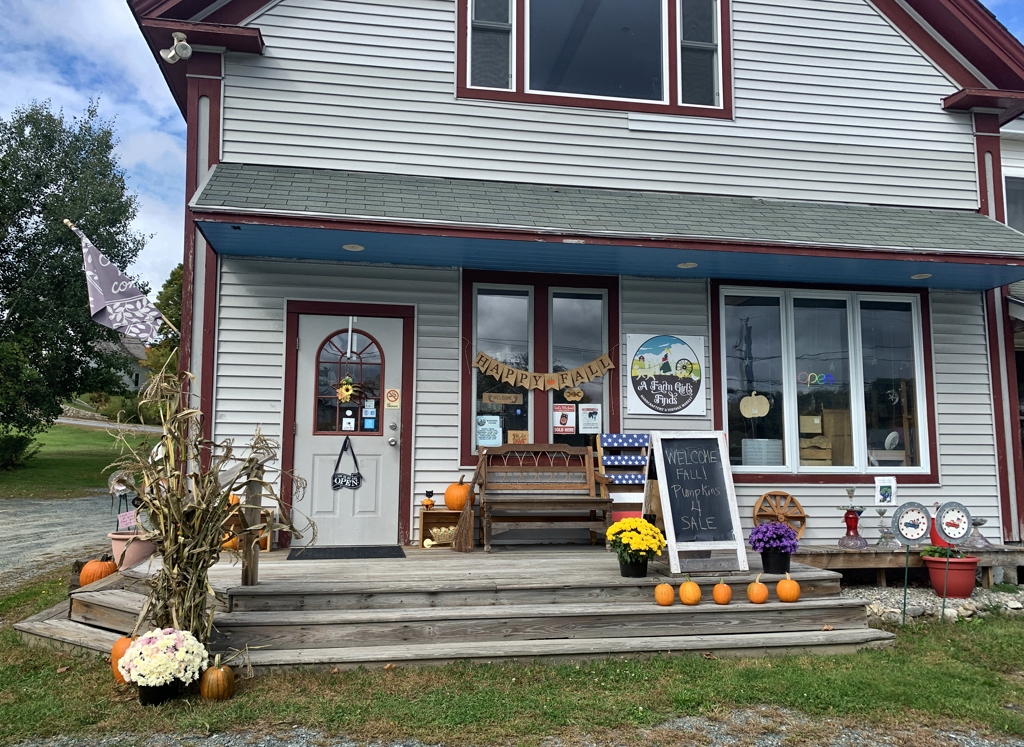 Soon we’ll be putting the garden to bed for the winter, after planting garlic and harvesting the last of the potatoes, carrots, and kale. The kale loves the cooler weather we’ve had this fall, it’s flourishing so we’ll be freezing some of that as well; I add that to the dogs’ food quite often. The dogs love most all the vegetables, especially cherry tomatoes and cucumbers! Luke was never a big fan of those, his favorite was the beans, but that crop didn’t do quite so well this year, which seems oddly appropriate.

The quickly shortening daylight tells us that winter is well on its way. We had an unusually cool September, with no Indian Summer like we usually get, other than a couple warmer days just recently. However, as soon as that sun goes down, earlier and earlier, the temperature cools right back off. With rising fuel prices, we decided to add a pellet stove at the opposite end of the house from the wood stove. We’ve been trying it out already and I’m definitely glad we did it!

As much as I dread winter, I do look forward to seeing how Copper Sue and Max like their first snow! The holiday season will be busy at my shop, and then we’ll enjoy some quiet time and start planning for next spring in the garden and in the coop! I wonder what we’ll add for animals next year?