No, it’s not Tasty Tuesday and I’m not sharing a recipe today!  We have been overloaded with beans though….I got a little carried away planting green and wax beans in the garden this year.  Luckily for us, Luke LOVES beans, raw or cooked.  (Sheba will eat them cooked but she’s not as excited about it).

For those of you who love mysteries, you might know what a red herring is, when it’s not a dried smoked herring that has turned red from smoke.  It is a clue in a mystery that is intended to mislead or distract you from the real issue.

How does all of this tie together?  Almost two weeks ago I held a contest for one of my readers to win a box of assorted treats.  You had to guess what treat Luke was eating in this photo: 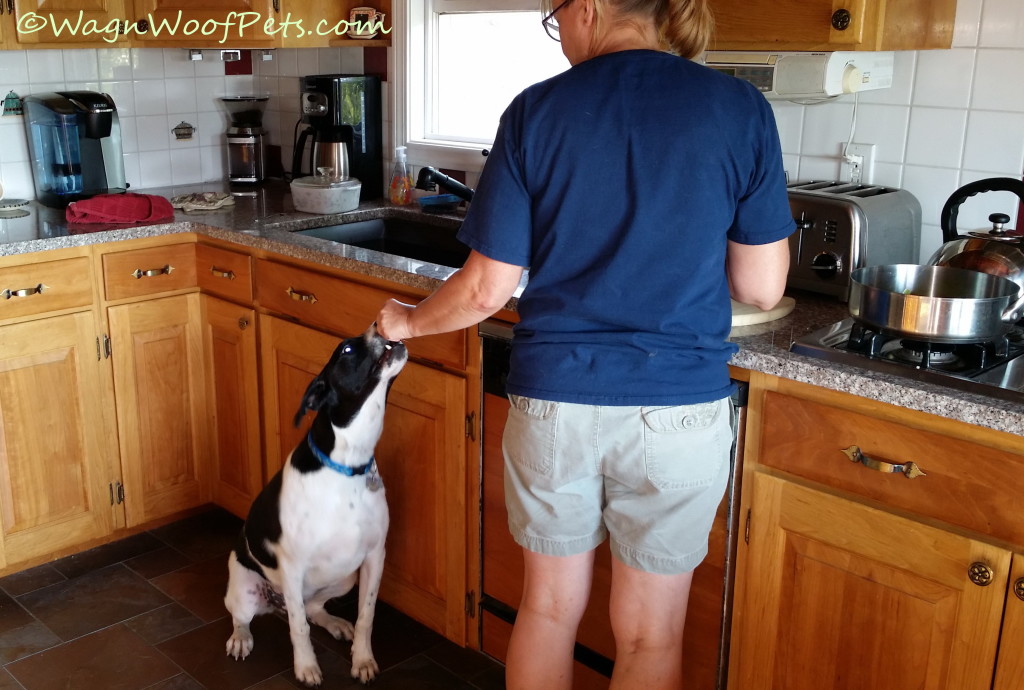 I gave you this photo as a hint:

However, one real clue was in the first photo:  the fact that I was cooking (pan on stove).  The second photo included the second clue, and inadvertently, the red herring:  Luke with a stick.  Only the stick was not intended to be the clue.  The clue was in the background:  our bean plants on the other side of the fence.  I swear, I did this totally by accident.  When I was headed down to take a photo of Luke with the bean plants, I needed something to get him to go where I wanted him.  The stick was the closest thing at hand, so I threw it towards the bean plants and then took some photos.  The fact that he was chewing on the stick in that photo made everyone think that the treat he was getting was a bully stick.  That was perfectly logical, but just not right!

Our follower Edie Chase, however, guessed closer than everyone else.  She guessed that Luke was eating vegetables, and even though she went further and said carrots which was incorrect, she still came closest so I’ve declared her the winner.  Congratulations, Edie!!   (I am going away for a couple of days but I will contact you when I get back for your information so I can get the treats on their way to you).  Thank you to everyone who played our little guessing game!  Sorry about the red herring!

In the next photo, Luke is sitting outside the fence waiting patiently for me to throw him a bean as I’m picking them! 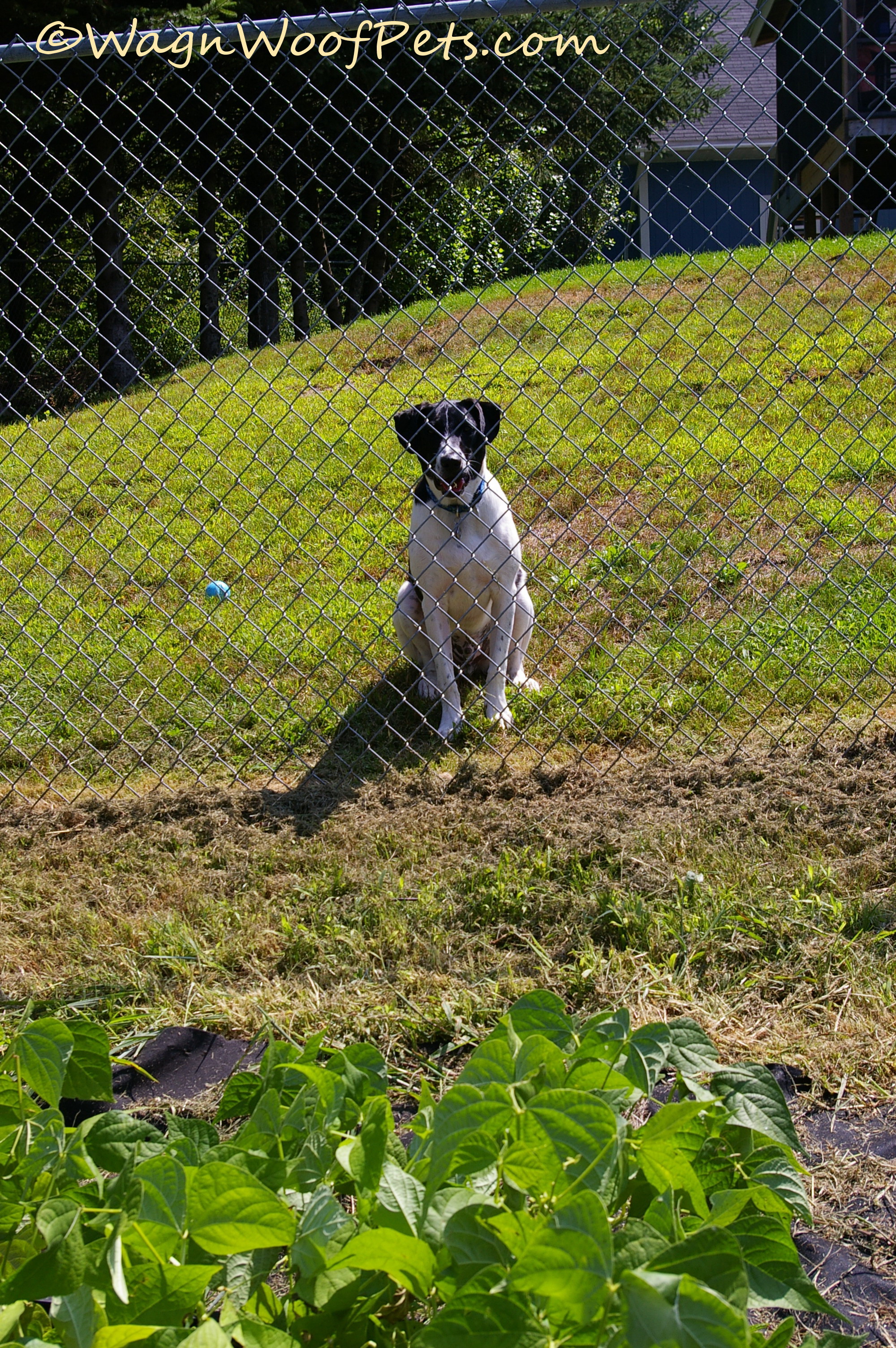 We also want to congratulate Jenna, who writes the blog Love is Being Owned by a Husky.  She won our giveaway for a Fido Float life jacket, which we gave away as part of our Summer Safety Series last month.

I felt a little mischievous about the red herring, so we’re joining the Monday Mischief blog hop.  Thank you to our blog hop hosts Alfie’s Blog, Snoopy’s Dog Blog, and My Brown Newfies.  Please visit them and the other participants through the links below!