When I left off in Part VII, my new hubby and I were on our way to NH – where I grew up, and where my immediate family was all living.  We had our three cats, Concha, Bones, and Don Juan.  We all lived with my parents for several months, but we weren’t able to build our house immediately as planned….this was 1990 and the real estate market had just tanked.  The banks didn’t want to loan any money for new construction.  So hubby and I moved into a rental house.  While living there, we lost Concha to her old age….she was 18 by then and her kidneys were failing, so we had to let her go.  From there we moved to another rental house. 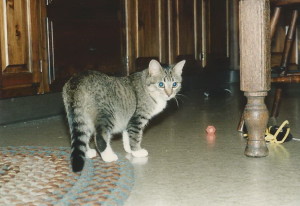 I went to pick up supplies at a local pet store.  As soon as I walked in the door I heard meowing.  I went to see from where it came, and an adorable little tiger kitty (my obsession at the time) was in a cage there.  I fell in love with her at first sight.  I was sure she had been calling to me when I walked in the door.  I went home to check with my hubby first, and back we went to the store to get her.  We were down to two cats, and that was a pretty low number for us!  There was plenty of room for one more.

We named her Tasha and she fit in well with the other two tiger cats.  We often called her “Wanna Be”, because she constantly followed Bones around copying her, and we thought she wanted to be just like her new older sister. 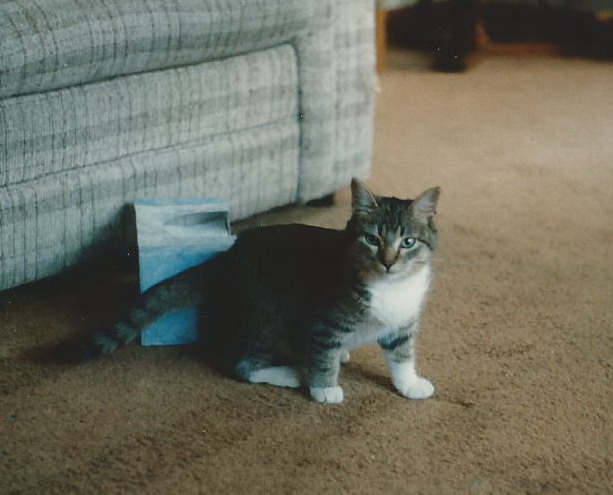 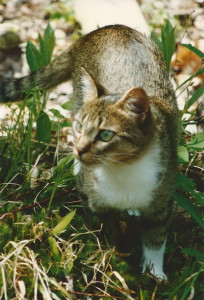 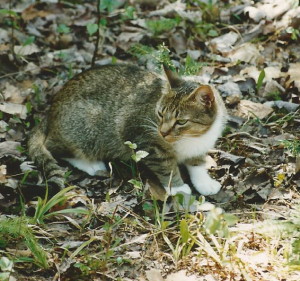 We finally had our house built in 1993, and moved in that fall with all three cats.  They loved our new home and the big yard with surrounding woods. 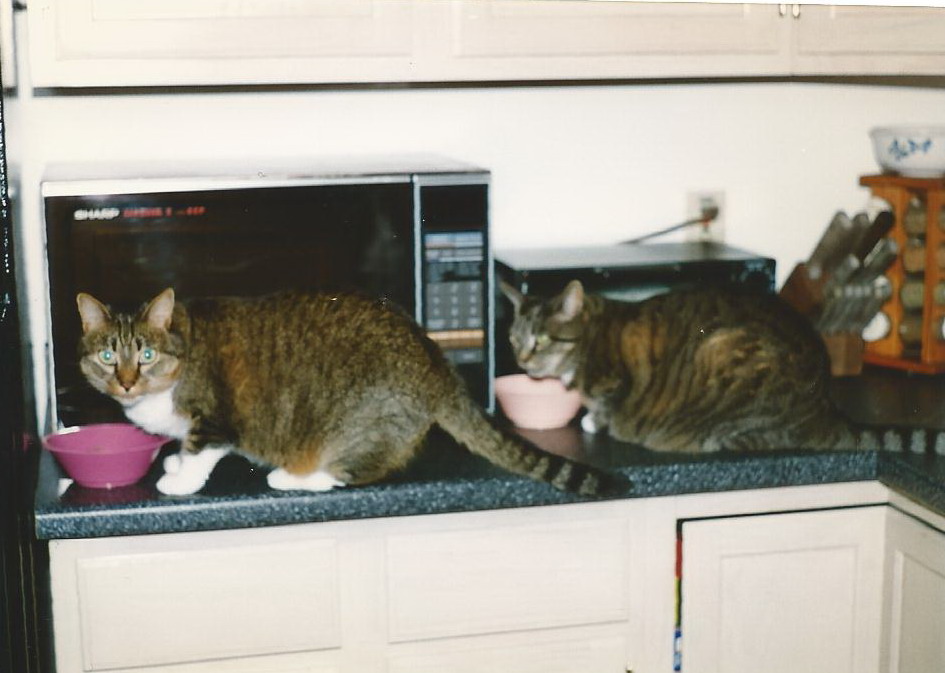 This is the last photo I have of Tasha, with her sister Bones, taken early in 1997.  Our cats were all still outdoors cats then, and one day Tasha just didn’t come home.  We posted flyers and shared them with all the neighbors and around town, but we never found her.  We were heartbroken.  Tasha was such a sweet kitty and I still miss her and have fond memories of her to this day.