The first snow of the season is usually a momentous occasion for the Wag ‘n Woof K9 crew. Some things have changed this year, however. Our beagle Cricket is normally very excited about the first snow, and can’t wait to get out there and play ball in it. But her arthritis has changed all that. Again, I have to feel that we made the best decision ever to move to this new home. I dread to think how Cricket would have fared on all the snow covered stairs that had to be maneuvered over to get to the yard from the deck at our old house. Here there are only 3 stairs at the most and as it is she tries to fly down those and often lands on her beagle butt (and gets right up to keep going). 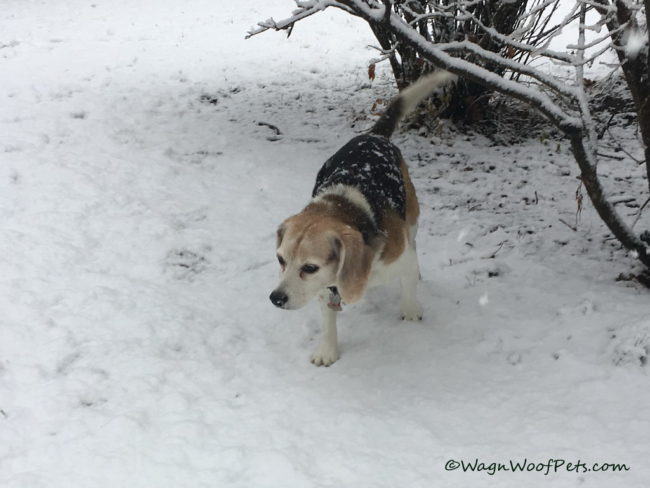 Our Sunday morning started out with rain but the temperatures dropped and it soon turned to snow. After I got some projects done around the house I bundled up to head outside with them. Cricket did have fun cruising around the yard in the snow, but it wasn’t long before I saw this:

I imagine the sudden drop in temperatures (it was 60 degrees the previous day!) didn’t agree with Cricket either, and her sore joints aren’t going to like the cold so much this year. This makes me sad, but luckily someone was available to fill in for Cricket and show some excitement about the fresh snow!

I don’t know what they heard at the end there that distracted them, but I rarely do! Luke and Sheba were having so much fun, and when Luke is really excited he’ll go grab his Jolly Ball* to romp around with. I love it when he does this, because it is such good exercise! I encourage him to play with it as much as possible, but he doesn’t show interest unless he’s really wound up.

I still think Cricket enjoyed the snow some. She and Sheba were outside for quite a while after they had their supper that evening, in the dark. There seems to be something about digging in the snow, and smelling things through the snow that is special. The first snow signals the change in seasons, and this year it brought other changes to adapt to as well. Such is life. 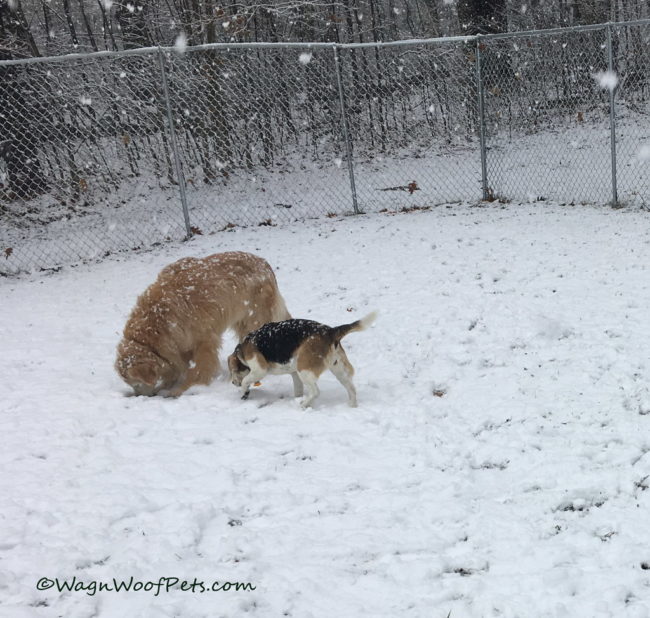 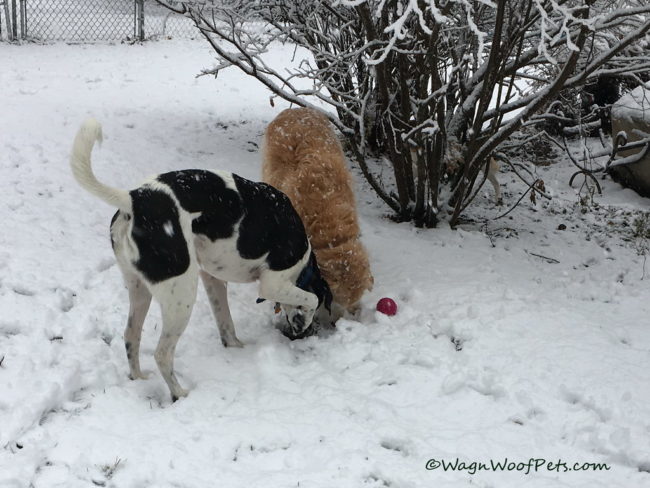 Have you seen any snow where you are yet?

*Affiliate link. If you order through this link we will receive a small commission. Thank you!