Luke is! Look at him staying just outside of the kitchen like he’s supposed to, even without being asked and while his sister is in the kitchen. 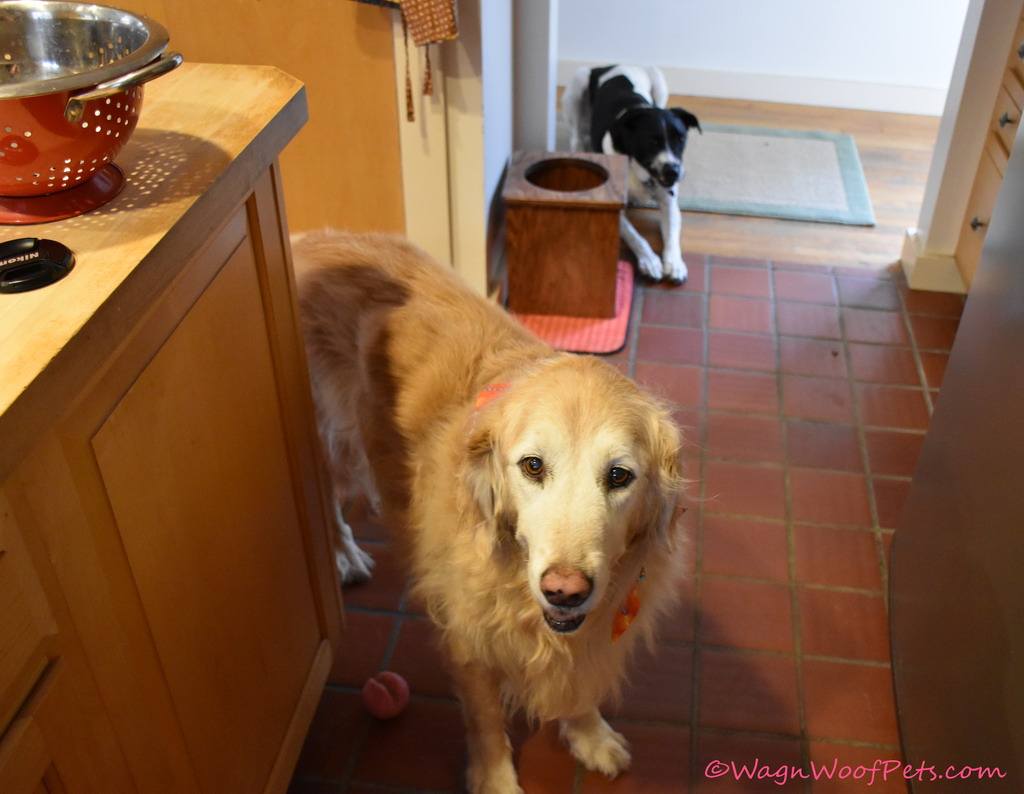 Just to clarify, Sheba is not being a bad dog! She was never trained to stay out of the kitchen like Luke was. Luke took right after his late beagle brother Kobi who was constantly underfoot in the kitchen. I decided I wanted to train Luke to stay out, for the safety of both of us, and for my sanity as well. I swear Kobi always knew which cabinet I needed to get into next and that’s where he’d lie down.

The girls pretty much stay out of the kitchen unless I’m cutting up something really special, like meat for their homemade meals. If they are allowed to come in, Luke can come in as well, but sometimes, as seen here, he doesn’t. He’s such a good boy!