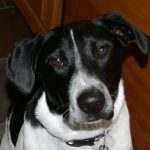 It’s been a tough winter here folks, as many of you know and are experiencing the same! We’re not getting out for our walks as much as I’d like but we’re doing our best. We got more snow the other night, probably about 8 inches or so. Even though the next morning was cold, and it hadn’t reached that magic 20 degree mark that the Momz thinks is what I need, we headed out for a walk.

Of course, Momz needed to gear up and put her snowshoes on, which takes forever! I was so excited to get out, I couldn’t help but jump around and bite at my leash, which drives poor Momz crazy. That and when I try to do zoomies when on the leash, which I did, because I was so excited about the fresh snow! BTW, Momz says I’ve been bratty lately, and that’s why we’re taking another class. It’s just that cabin fever! I don’t mind learning new stuff though!

At first, Momz was pretty cold, but I was fine. I kept her going and pulled her along – if you pick up the speed, you’d warm up more, Momz! (She’s now muttering something about how four paws are easier than two in the snow). I finally got her warmed up enough that after we’d covered some of our old trails which we could still find, we headed off on one we hadn’t walked for a while.

Last time we came this way, I think we turned around because my paws were cold. But my paws weren’t cold this morning, so we kept plugging along. Then, all the sudden I could hardly walk and felt like I’d just jumped into a very cold pool! What the heck happened to our trail? I’ll tell you, folks, the four-letter “S” word was getting deep out here, and you can interpret that however you want. 😊

Um, Momz, could we turn around now? This stuff is up to my waist and butt and I don’t have snowshoes! Should someone start making snowshoes for dogs (as long as they don’t slow us down like they do to Momz!), or can we send someone out here to blaze more trails for us (Dadz)?

The next day we were stuck inside again because it was back to those double-digit below zero temps. In retrospect, all that deep snow isn’t looking so bad after all! We’re expecting another warm-up next week, so we’ll be back out there soon!

Here’s another photo for Nature Friday. The sun was trying very hard to come out that day, but the grey skies once again prevailed. 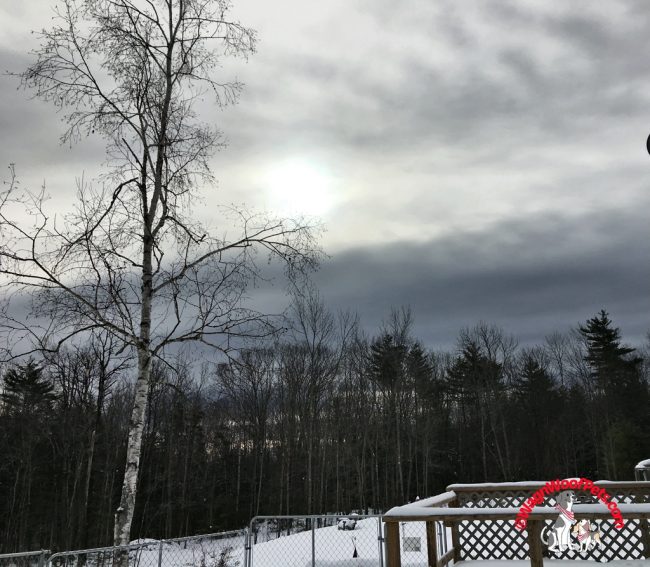 How deep is the snow where you are?

Thank you to our friends at Living, Laughing & Barking in Our Backyard for hosting the Nature Friday hop! Please visit other blogs through the links below to enjoy more of nature’s beauty.