First of all, congratulations to Kuruk, who won the Can You Guess (Luke’s DNA)…?contest!  Ku won by random draw, because he guessed Labrador retriever as one of Luke’s three top breeds.  No one guessed either of the other two!  24 of you guessed Labrador Retriever, so I numbered each correct guess in the order it came in, and did a draw on random.org. 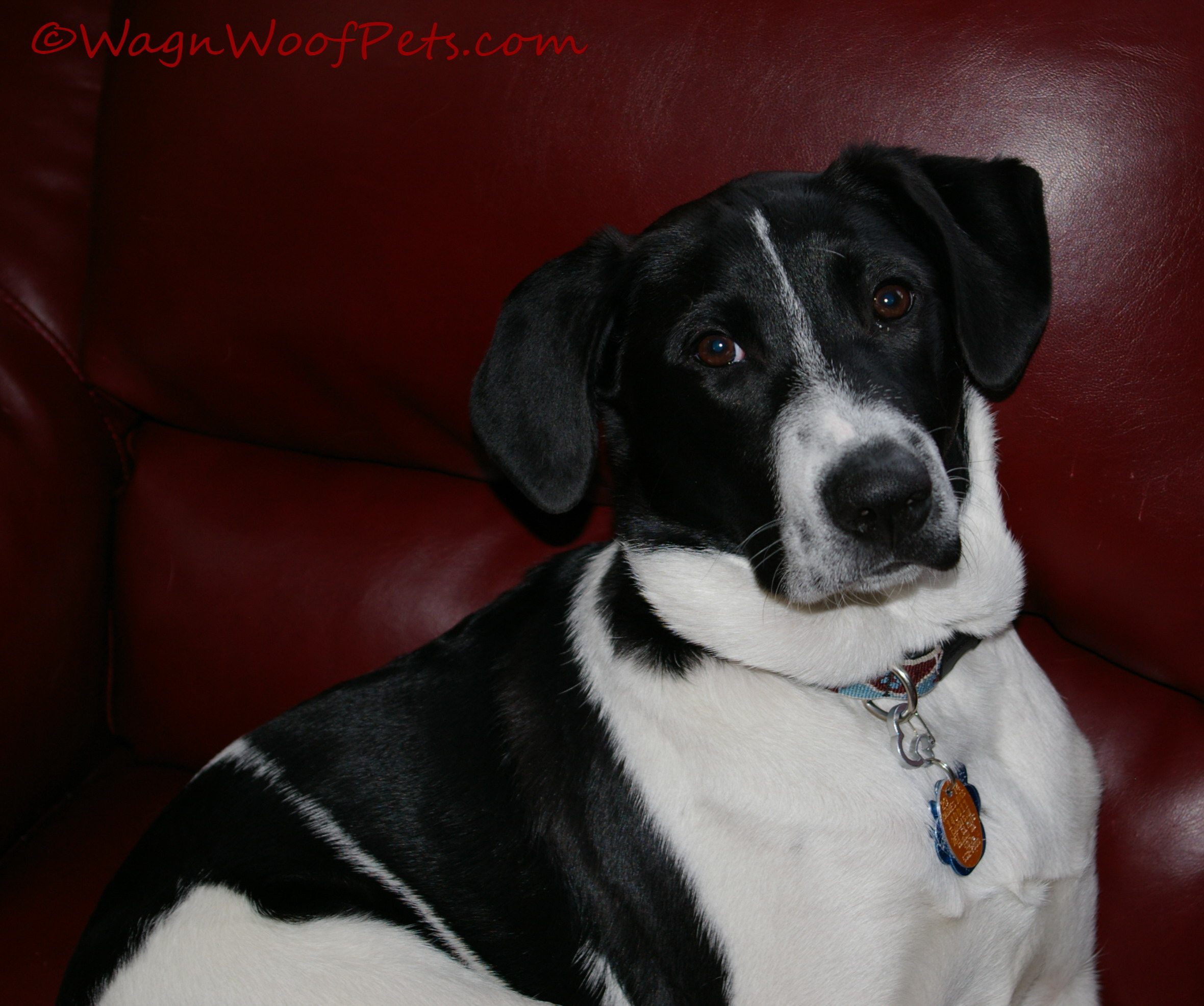 I hope you all took this contest in the spirit it was intended, which was to have
fun.  Judging by your comments, I think you did.   I know that I certainly enjoyed all of your comments and guesses.   Some of you said you had done the DNA test on your own dogs and believed the results, others were far more skeptical!

Everyone’s guesses were great, and one of the reasons I did this was because I really wanted to know what other people saw in him.  Our vet and his assistants from the beginning saw hound dog in him, and so do we.  He has a hound nose; it is just as strong as his beagle siblings’. 17  of you guessed that he had beagle in him, and 7 of you guessed other types of hounds.    11 of you guessed pointer and I had seen some photos of pointers and we thought that was a strong possibility too.

14 of you guessed border collie, which is a breed we also suspected when he was younger (the black & white with the stripe going up the nose reminds me of many border collies I’ve seen).  We also had thought great Dane which 3 of you guessed, mostly because he was growing so fast and at one point my hubby talked to friends who have a great Dane who grew at about the same rate, and he reminded me of their Bella in appearance too. 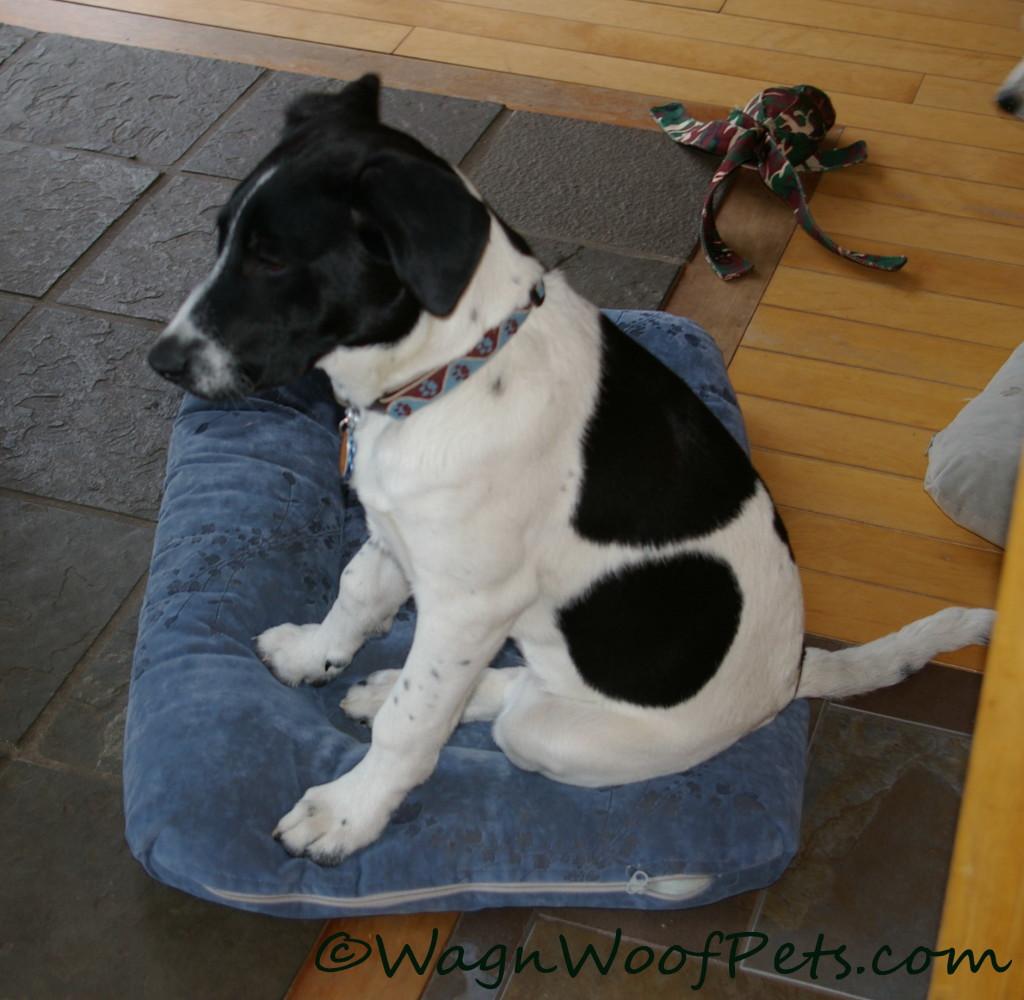 OK, I know a lot of you are anxious to know what the other two breeds are, and I’m dragging this out like one of those obnoxious reality contest shows.  Of course, at least here you can just scroll down to get to the bottom line!

I have to confess to a bit of mischief on my part, because I would have been really surprised if anyone had guessed either of the other two breeds, though I did try to hint towards some of the characteristics of those breeds when I told a few things about Luke.  But none of those had anything to do with his physical appearance whatsoever.  I did say we were surprised at the results, and I think you will be too…..

His other two top breeds (according to Wisdom Panel)  are :  POMERANIAN and MINIATURE WIREHAIRED DACHSHUND.  No, really.  These top 3 breeds show up in his family tree from his mother up to his great grandparents.  His predicted weight was 23-40 pounds, and at the time we got the results, he was 3 months old and already 23 pounds.  He weighed in at 40 pounds today, and he turns 5 months old this coming week.   Now, Lab is his top breed so apparently that is where he’s going to get his size from.  We think he’ll even be big for a Lab, probably ending up weighing at least 80 pounds.

Dachshunds are in the hound dog family, right?  That just was not the hound we were expecting, but I suppose it could account for his strong nose.  The results we were given by Wisdom Panel told characteristics of all the breeds and here’s where Luke shows some of those:  Pomeranians: active and alert, enjoy agility , respond well to reward based training.  Dachshunds: hunting dogs who scratch at the ground and dig, they enjoy any activity that uses their keen sense of smell.  Both breeds can be suspicious or fearful of strangers, and Luke has shown that just a little bit with some people that have come to our house (he always warms up quickly though).

But the bottom line here is that my hubby and I are very skeptical about the results, mostly because of the size issue.  However, they did get the Lab part right, we knew that his mother was a Lab mix (and she is small Lab, about 40 pounds).  You can see that the results also show one side of his family tree as all “mixed breeds” and further in the report they tell 5 other breeds that could be in those mixes (from highest to lowest probability):  Rat terrier (again, small, but he does have a similar look), borzoi (they are tall and rangy with a smaller head, which fits Luke’s look, they are a running hound with sometimes wavy fur which Luke is starting to show), bloodhound, American Eskimo dog, and border terrier.  They do say that he is mixed beyond 3 generations, so who knows what characteristics might have come down from so many different breeds.  Also, three of you did guess terrier, so you may have been on the right track, even though that wasn’t in the top 3!

If money were not an issue, we would do it over again just to see if the results came back the same.  Also, in Wisdom Panel’s defense, they encourage you to call their customer service and get your results explained if you so desire.  They provide you with videos with scientific explanations as well.  We watched one, and half way through my eyes glazed over and my mind started to wander.  Science was my worst subject in school, and to this day I hate it, so I have no interest in getting a scientific explanation at this point! 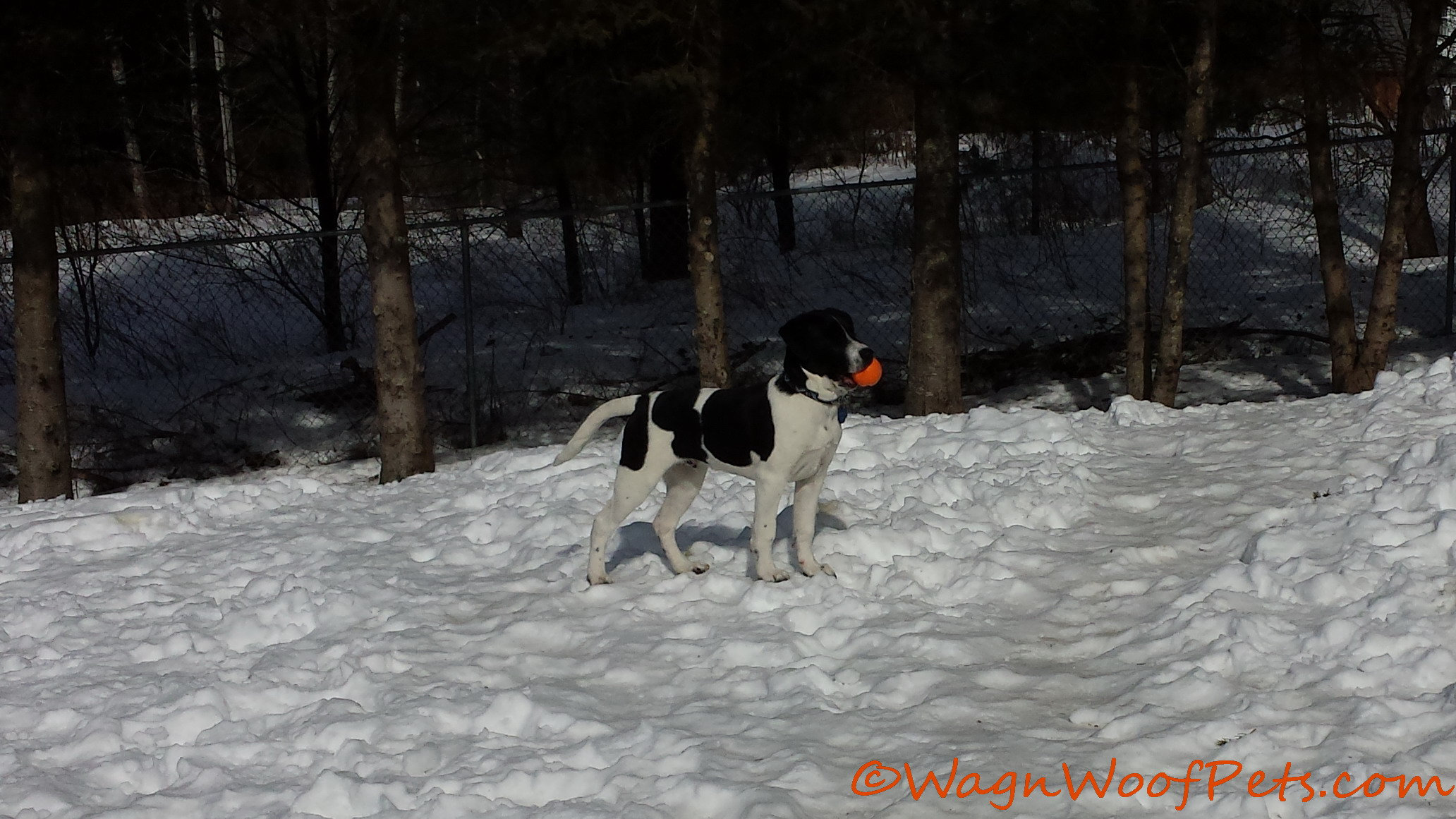 We really just did this test for fun, and I would still encourage anyone thinking about it to do the same.  I wanted a Lab mix and that is what we got, and it is a lot of fun watching him grow, waiting to see how big he will get and what kind of dog he will be.  He is who he is, and we love him no matter what his DNA is made up of!

Thank you to everyone who participated in my guessing game, I hope you had as much fun as I did! I’d love to know what everyone thinks now that you know the results.