“I was taught in veterinary school that when you hear hoofbeats, think horses, not zebras.” This was what our vet told us as we sat in his office with Sheba on Sunday evening. In this case, the horses are a urinary tract infection, and the zebras are cancer.

When I first saw the blood in Sheba’s urine on Sunday morning, I of course thought zebras. Pet parents play many roles in their dogs’ lives and the first role I had to play that morning was detective. I was outside playing with the dogs when I happened to notice a little puddle on the ground, and it looked red. Because it was on dirt, I couldn’t be sure and even grabbing a tissue to sop some of it up didn’t give me a clear answer.

I had just seen both Cricket and Luke pee not long before that, in a different area – I noticed that because I always chuckle when they have to pee in the same spot as the other. Therefore, I immediately suspected Sheba, and decided to keep an eye on her. When I went back into the house not long after and grabbed the old sheet off the bed that we put on top to keep our quilt clean, as I shook it out off the deck I saw the blood stains on it.

Next I looked at Sheba and could see blood in her fur on her hind end. My stomach sank and tears came into my eyes. My hubby was out in the woods cutting trees so I had to immediately decide myself what to do. It was Sunday, so was this urgent, and did it require an immediate vet visit? Sheba certainly seemed to feel fine and I hadn’t seen her straining to pee or anything. 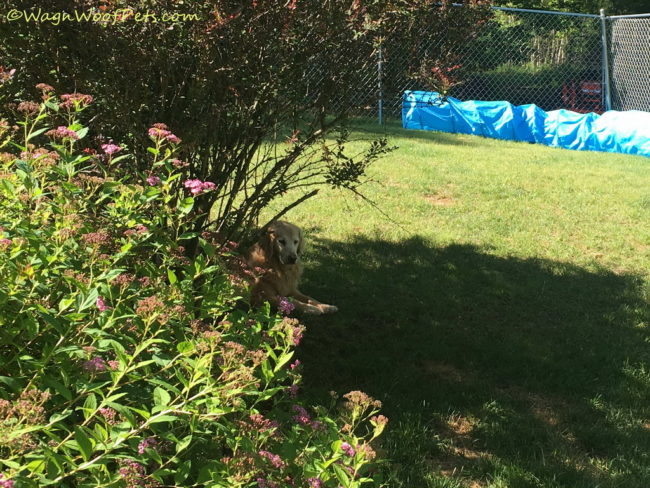 I decided to call our vet’s emergency number to ask them if they thought it was urgent. Our vet was out of town, but a message was relayed to him, and he offered to meet us Sunday evening when he got back into town, or we could schedule an appointment for Monday. At least that assured me he didn’t feel it was necessarily urgent. Only it still was to me. Emergency visits can be expensive, but I had several reasons for wanting to go in sooner. First, I couldn’t really afford to miss any more work since I’ve taken extra time off lately, and that would mean waiting until afternoon on Monday. I wanted my hubby to be able to go with me, and I also didn’t want to spend any more time than necessary worrying.

As it was, I had all day Sunday to worry, and that was more than enough. We waited for the vet’s call that he was back in town, and his office called about 5:30 to say he would meet us at 6. I had somehow missed a voicemail telling us to get a urine sample, but luckily I at least had the presence of mind to figure out I needed to do that myself. It’s not something I’ve done often, and had doubts. All I had was a plastic bowl, and I just shoved it under Sheba the next time I saw her pee and I got lucky that some of it actually landed in the bowl!

What I saw, however, did not reassure me one bit. Her urine wasn’t just tinged with pink, it was RED. Frankly, that scared the crap out of me, but at that point I still had hours before the vet would call. I quickly did research on storing it and found that I needed to put it into the refrigerator to keep it fresh. By 5:00 I was pacing back and forth waiting for the phone to ring.

We got to his office at 6, but he was a little later than that so there was more sitting and waiting. His assistant was there when we arrived and took the urine sample to test it; so she had that done by the time he got there. He saw that there was bacteria in her urine, but no crystals and no cancer cells. He felt her bladder and reported that he felt some thickening, but that was expected with a UTI. 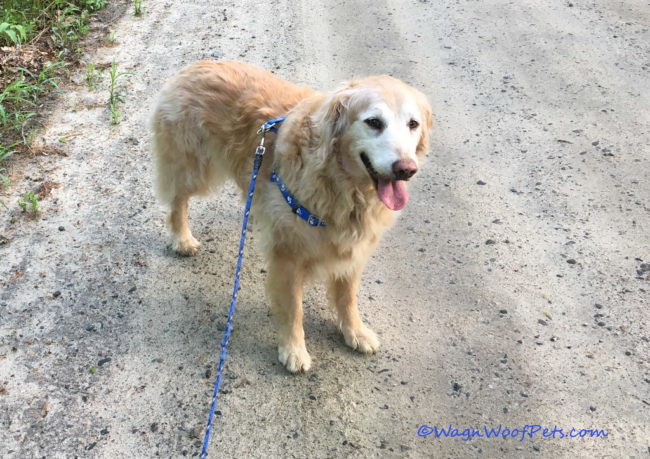 Horses, not zebras, but it’s not that simple when you have a dog who already has a cancer diagnosis. We discussed her cancer. On the good news side, her type of cancer does not typically metastasize to anywhere but the lungs, so it’s not likely that it has spread to her bladder or kidneys. However, that doesn’t mean she hasn’t developed another cancer.

Her first surgery to remove her spindle cell sarcoma was in February 2015; and the second surgery in December of that same year. Our vet feels good that it has been close to a year and a half and she’s had good quality of life for this whole time. Her lumps returned over a month ago, and he agreed with what we had already decided, that another surgery would not be worthwhile. We had considered it briefly, but knowing we got 10 months after the first surgery, but only 5 after the second, we knew that another would not give us enough more time to make it worth putting her through it. We want her to be able to enjoy swimming and walking this summer.

The zebras are still lingering in the background, and I won’t relax completely until I see her pee run clear, which hasn’t happened yet. The doctor wanted us to give it 2-3 days on the antibiotics and if improvement is not seen, he wants to run further tests (x-rays and ultrasound). Thinking horses, he didn’t feel we needed to take that step yet.

The other thing that has concerned us is that her appetite has been waning over the last few weeks. We had to switch her breakfast from kibble to wet food to get her to eat. Sunday night she wouldn’t eat at all, and Monday morning all I could get her to eat was some fresh turkey. Last night she did eat her homemade meal. She refuses some treats but will take others. 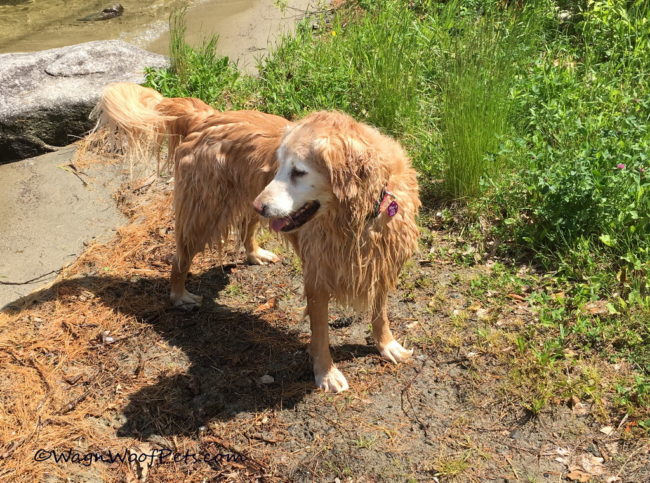 Horses: dogs with UTI’s can have reduced appetites. Who knows how long this has been developing? Also, the weather has been hot which often reduces appetites. Through all of this, she has still been playing ball even though she seems to have slowed down just a bit. Zebras: for every pet we’ve lost to cancer, the first symptom they showed was lack of appetite.

So I’ll try to hold myself together while we play the waiting game. We know that Sheba’s time with us is probably winding down anyway, but I just want the rest of the summer with her. Please pray for horses for us this time at least, and we’ll keep you posted.

*Disclaimer: If you see blood in your dog’s urine, don’t panic, but get them to your vet to have it checked out. I am not a veterinarian and am just sharing our experience with this.