I showed one of our cat Samantha’s new favorite hangout places on Friday. She does like to explore the whole house, though she tends to stick to her own rooms most of the time.

Even though Sam now has her own little “suite” of rooms to hang out in, away from the dogs, when she wanders the house, where is the one place she wanted to go? 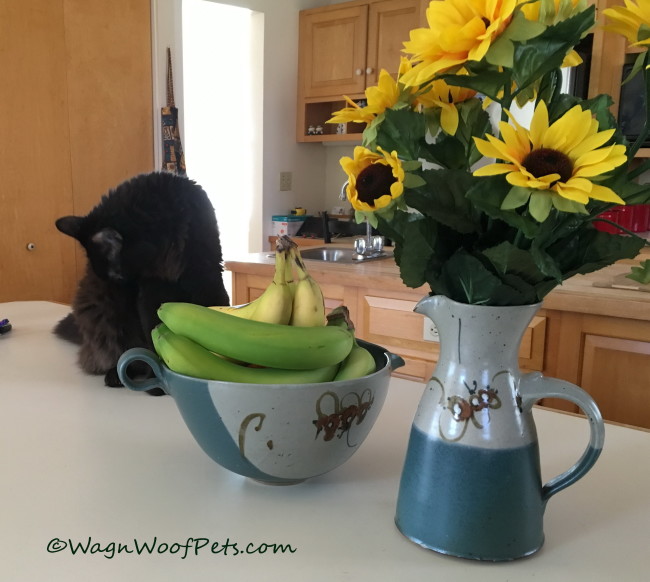 Yup. Of course, I have to cut her some slack here since I was sitting at the counter so I think she just wanted to be with me. But I’ve started putting fresh flowers in that vase on the counter and I don’t want her getting into them. Of course she has; so now if she’s wandering the house and I’m not watching her I have to move the flowers to the center island where she can’t get at them. 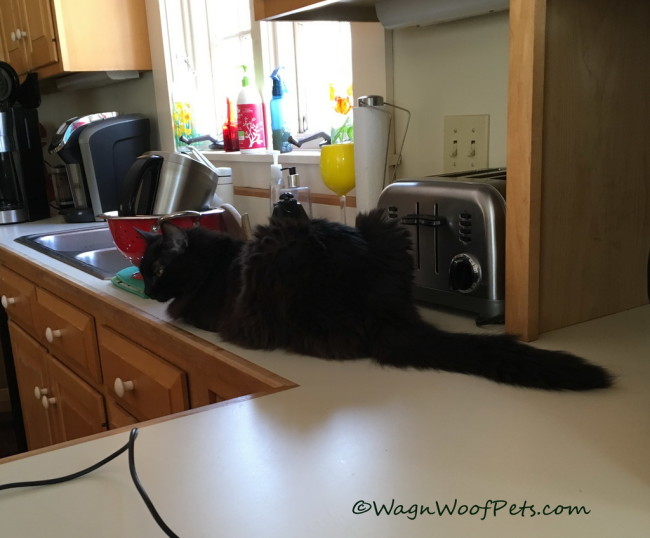 I can’t win! What is the attraction with the kitchen counter anyway? I assumed with her food no longer on there she wouldn’t care about it. It’s either me being there, or more likely now, the flowers! I can’t help but think of my late paternal grandmother, who liked cats but always told me she couldn’t understand people who let their cats on the kitchen counter; that drove her crazy. I always just smiled; and I’m sure she’s looking down at me now, shaking her head. 🙂