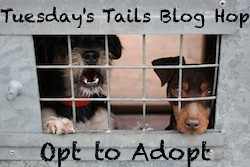 Welcome to the Tuesday’s Tails Blog Hop, hosted by Dogs N Pawz.  This blog hop features shelter animals.  Find a cat, dog, rabbit or other animal at a local shelter or rescue and feature them on this blog hop!  Come join the fun and help a furry friend find a forever home.  And while you’re at it, don’t forget to visit the other blogs and share their animals that need forever homes on your social media sites.  Please spread the word!

Just a couple weeks ago, my hubby and I went shopping for a new couch for the dogs.  As it so happens, the salesperson that helped us was a dog lover herself.  Of course, we got talking about dogs, and somehow she got it in her head that we might be looking for another dog.  She shared an article from the local paper with us: 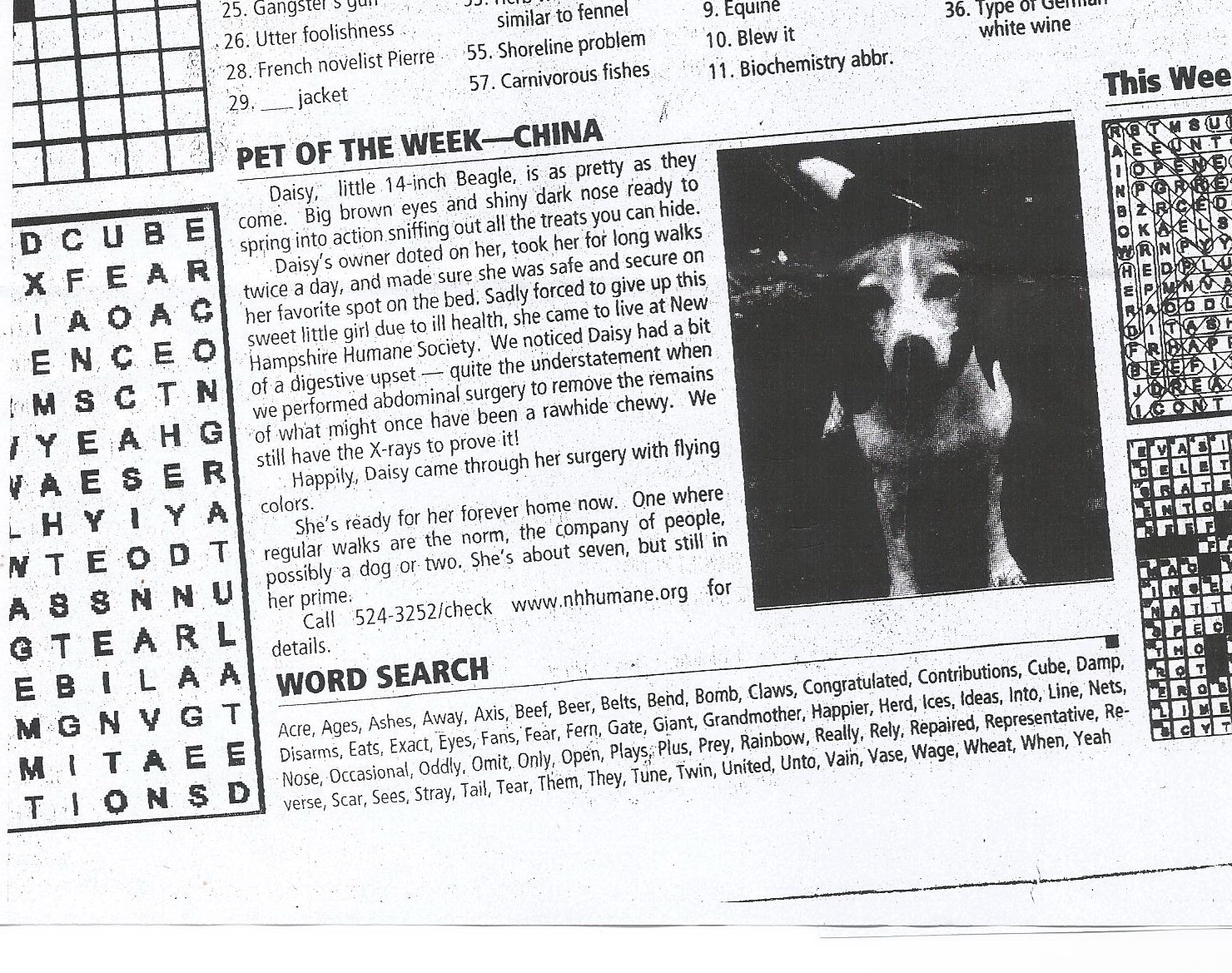 After assuring her we were not looking for another dog, I did tell her I would try to share this cutie on my blog.  If you read the article, you can see that the dog’s name is not China, but Daisy.  I wondered what the reason for the misprint was, and as it turns out, China had been adopted, so they must have changed their ad at the last minute and missed the title.

So much to blog about, so little time.  The article has not left my desk and I finally was getting around to sharing Daisy today.  But when I went to the humane society’s website, she wasn’t there.  First I was happy, she must have been adopted also!  Then I was sad, as it didn’t look like this shelter was a no kill.  I tried not to think the worst, and of course felt guilty that it had taken me so long to get around to sharing her.  Luckily I had a brainstorm, and found their Facebook page.  I scrolled down through and found the good news:  Daisy has indeed been adopted!  Not only that, but her previous owner had come to check on her (the article says he had to give her up due to ill health), and he was so happy to hear she was going to a new happy home he was brought to tears.  How good to know that this wasn’t just a case of an unwanted pet being dumped at a shelter.  When he found out she had been adopted out, he stopped by to thank everyone.

I am actually not that familiar with this shelter, NH Humane Society, but it is only about an hour away from where I live.  They have a wonderful spay/neuter program.  Their website and Facebook page state that since building a new shelter in 2006, their adoption rate is around 90%.  That is the fourth highest rate in New England!  So I decided to share another pet from their shelter.  Of course there are many to choose from, dogs and cats, so I decided to share their “weekly featured single” who happens to be a very handsome three legged cat this week!

UPDATE – MACK HAS BEEN ADOPTED!!! 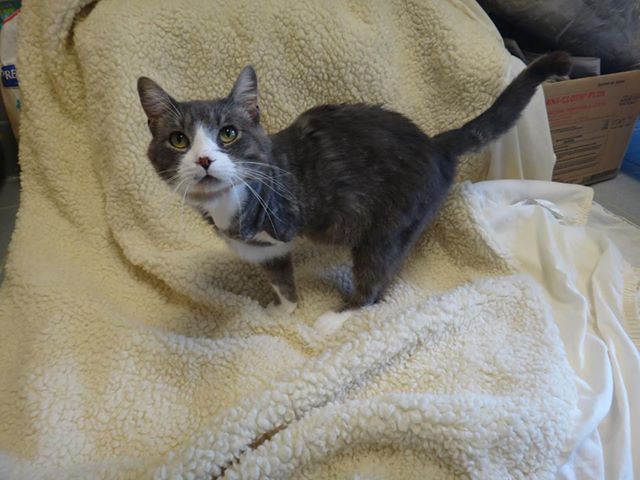 Mack was found in a McDonald’s parking lot in Pennsylvania, starving and injured.  His Good Samaritan was on their way to NH, and brought him to their vet where they found he had an injured leg and broken tail.  His leg had to be removed, but he has recovered nicely and is now just a sweet lap cat looking for a place to call home.

Please share Mack and let’s see if we can help find this sweet boy a new home!