When sharing an old photo of the two girls on the couch as part of my Sunday post, our friend Dolly the Doxie suggested I share that for her Throwback Thursday blog hop this week.  That got me thinking of another photo which I used back when I first started the blog in September of 2012, and then led me to thinking back to the days when we had four dogs and four cats.

Christmas of 2004 my sister gave me two photo frames to display our crew at the time.  We had just brought Sheba and Moses home and that completed our perfect sets. 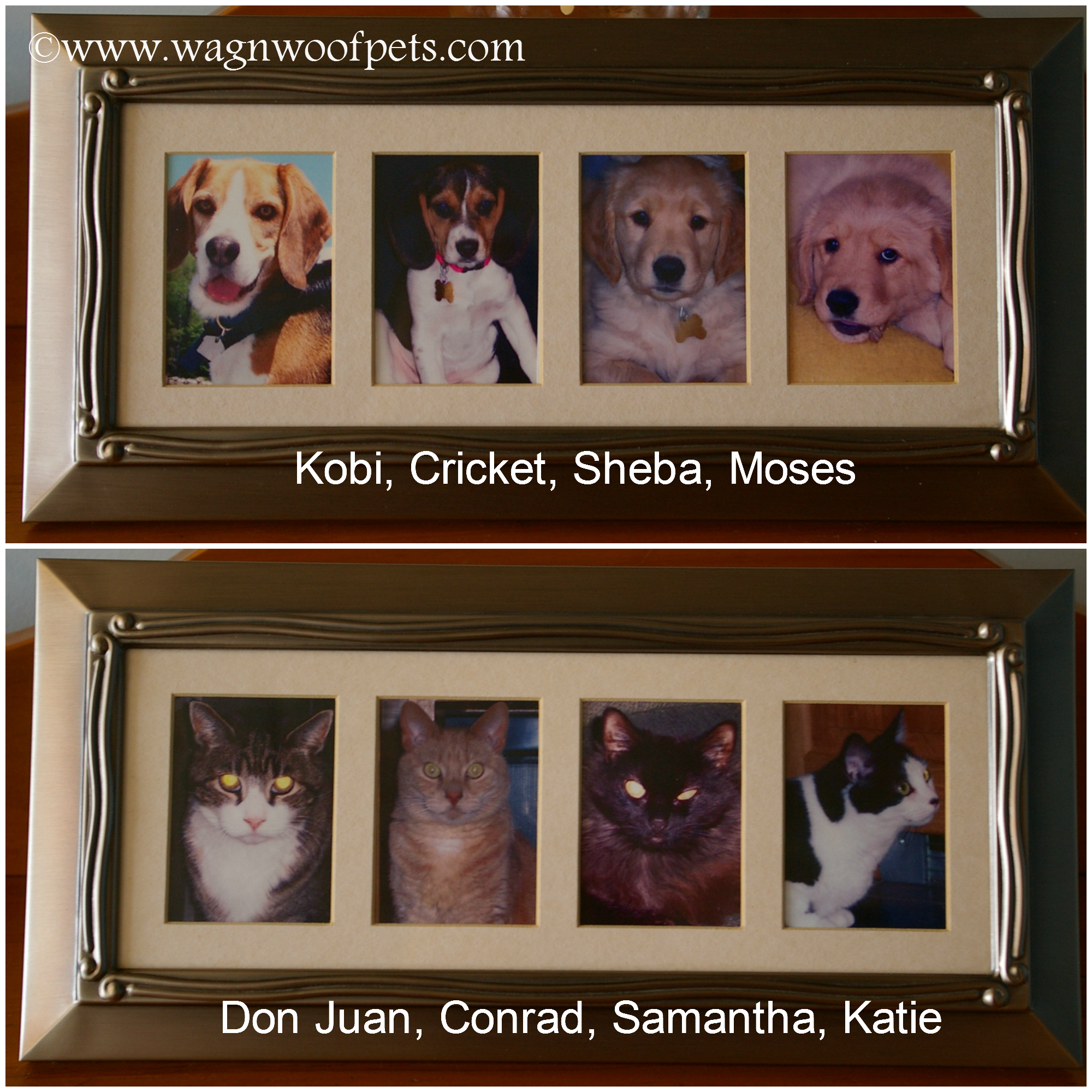 We now had four dogs:  two males, two females, two golden retrievers, two beagles; and four cats: two males and two females.  Some people, including my own family, thought we were kind of crazy to have that many pets.  It hadn’t really been planned that way.  Don Juan was getting older and we got the two female cats to keep Conrad company when Don was gone.  We had only planned to get one more cat but came home with two.  The same happened with the goldens, we had only planned to get one but came home with two.

Didn’t it work out nicely that we ended up with perfect symmetry, which is defined as “balance, proportion, and harmony”?  If you had asked me before I got thinking about this I would have told you that our symmetry lasted for quite a while.  It seemed like it was a long time that I was telling people we had four dogs and four cats.  Now, when looking back, I realized it wasn’t.  Don Juan died in March of 2005, so our symmetry only lasted just over 3 months.  We had gotten the two female felines in June of 2002, and our plan worked….they were now here to keep Conrad company. 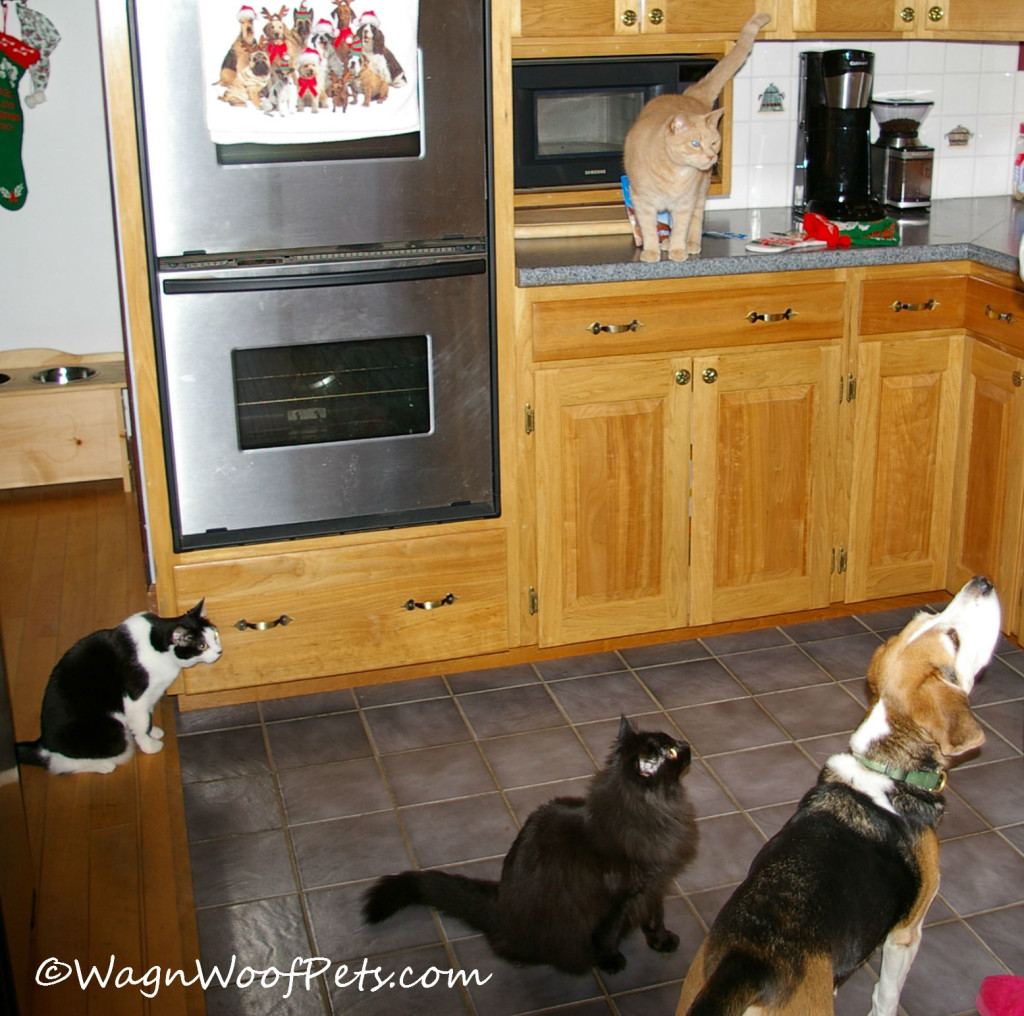 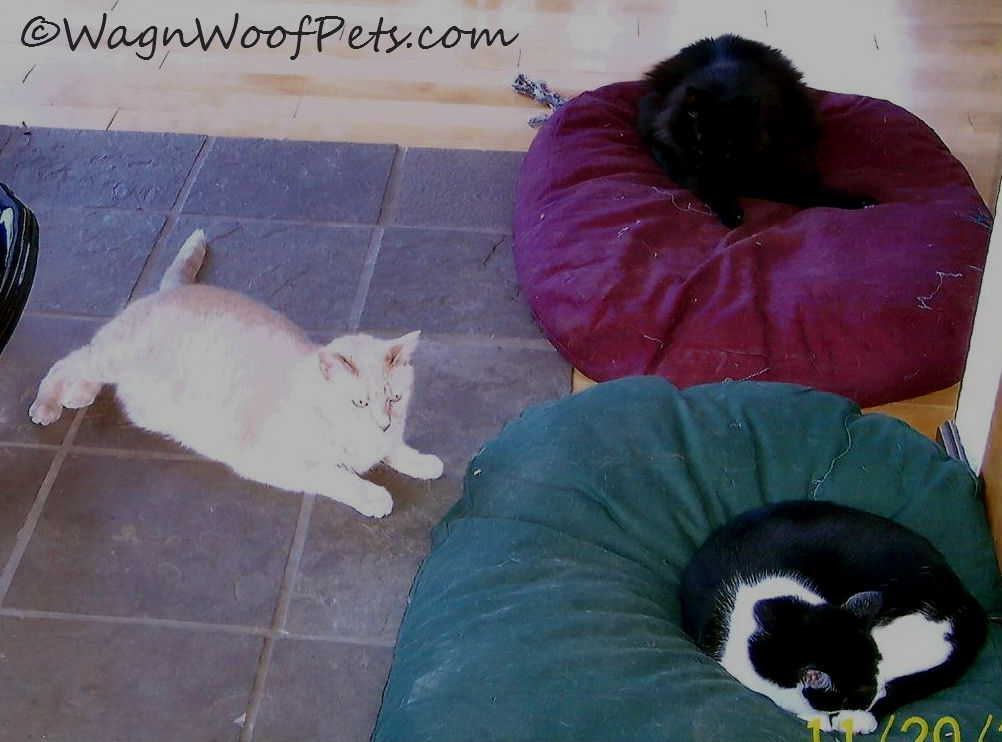 Don Juan was a great cat who got along with everyone.  Samantha is similar to him in that way, but she and Conrad, the two cats left now, are not close at all.  Conrad was extremely close with Katie, but you are more likely to see Sam with the dogs than with Conrad these days.

Now we are a three dog, two cat household; we lost Katie to cancer in August 2011, Moses to cancer in June of 2013, and Kobi to old age just over a month ago.  Although there’s not a lot of symmetry going on anymore, and we miss those that are gone dearly, we can work with these numbers.  They still fill up the couch…..

…..and they still fill up the kitchen when getting treats! 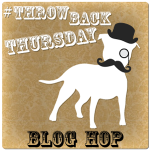 We are joining Dolly the Doxie for her Throwback Thursday blog hop!  Please visit her and others through the links below.  *Update – I neglected to name Dolly’s co-host DogThusiast, and needed to correct that.*