Maggie was our second dog and started the trend of dogs with October birthdays.  Our first dog Shelby came from the shelter so we didn’t know her birthday.  Though it’s entirely possible she was born in October since she was a few months old when we adopted her in the spring of 1994.  We lost Shelby to cancer the summer of 1999, but I wasn’t ready to adopt another dog right away.  When a couple we knew through the store we work at said they had puppies being born in October, I knew the time was right.  The puppies were born October 27th, 1999 and we picked out our female Maggie.  My sister and her hubby adopted a male from the litter and named him Bear.  The puppies came home at Christmas time that year.

The following Christmas when we celebrated the holiday with my hubby’s family, we met Kobi.  He had been born in October 2000 and come home with them.  It was the next spring that my in-laws realized that with an active big family they just didn’t have time for a puppy, and they asked us if we would be willing to take him.  We agreed and Kobi became ours, and he and Maggie became best friends.

Maggie died in a tragic accident the summer of 2004, and we were all devastated, especially Kobi.  We started looking for another beagle for him right away, and that’s when we found Cricket.  We still wanted a large dog though so when our co-worker said her golden retriever would be having puppies we decided to adopt one of them as well.  Those puppies were born October 25th that year, and Cricket came home with us two days later.  One puppy somehow became two and Sheba and Moses came home with us that Christmas.

Kobi was never as close with any of the new dogs as he had been with Maggie, but he was always a good big brother.  He showed Luke some of the ropes even though they had less than two months together before Kobi died. 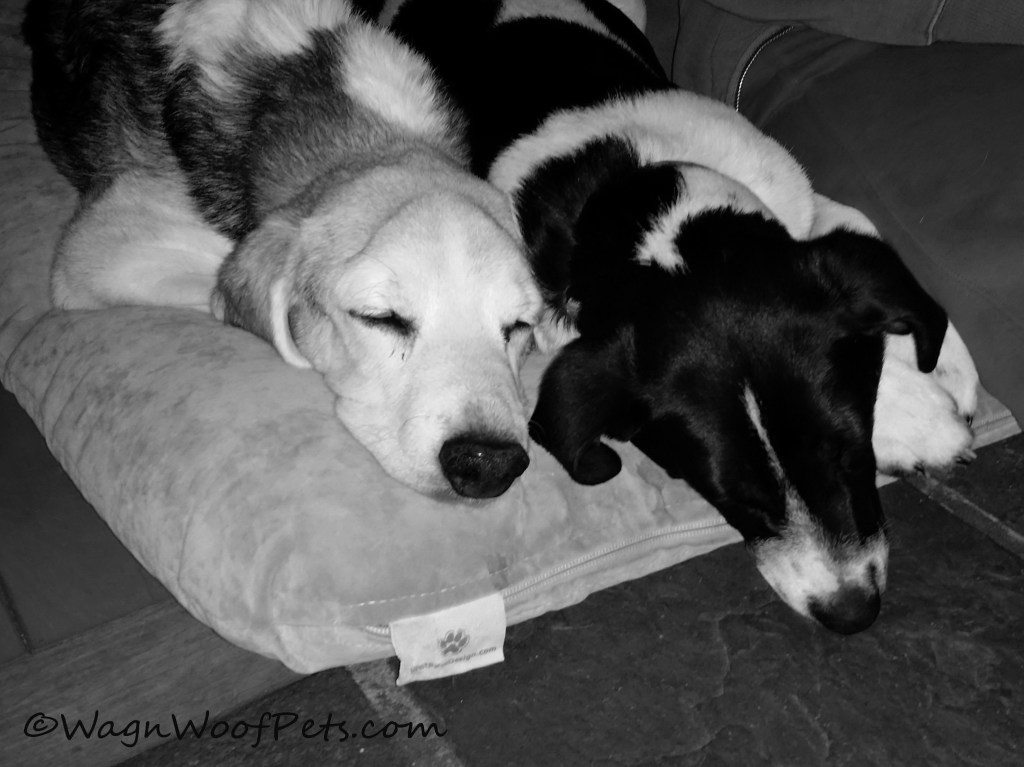 We had lost Moses to cancer the summer before Kobi died.  So to all of our loved ones at the Rainbow Bridge we want to say Happy, Happy Birthday, and we are thinking of you and missing you as we celebrate this weekend!

Have you entered our Three Days of Happy giveaway?  We are giving away two prize packs!  One by Rafflecopter and one by guessing Luke’s weight at 1 year old.  If not, click here to enter!

Thank you to Dachshund Nola and Sugar the Golden Retriever for hosting the Black and White Sunday Blog Hop.  Please visit the other participants through the links below!