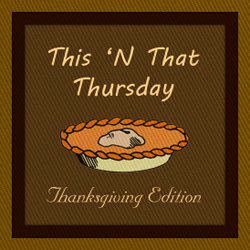 We are happy to be joining in the special This ‘N That Thursday for Thanksgiving, hosted by 2 Brown Dawgs Blog and Ruckus the Eskie.

There is something we are especially thankful for this Thanksgiving (other than the new family addition coming)!  Kobi is celebrating Senior Pet Awareness Month in his own way….he is rejuvenated lately.  Recently he had really slowed down a lot….he was sleeping far more, and he wouldn’t even get up in the morning for breakfast with the other dogs.  At night he slept on his dog bed in the bedroom, when he used to mostly sleep with us.  He was sleeping a lot more during the day as well.  There was nothing specifically wrong going on with him, nothing we could pinpoint enough to feel the need to bring him to the vet.  He would get up when he felt like it, and he would eat his breakfast, but not until later in the morning.  We added things to it to try and entice him but mostly it didn’t help.  We just assumed he was showing his age (13).

But over the last couple of weeks, all that has changed.  He’s sleeping on our bed again most of the time, and he is up first thing in the morning with his siblings to eat.  He barks when his food is being dished out, which he also hadn’t been doing recently.  He follows me around the house again when I am home, instead of sleeping all the time.  He comes outside and just hangs out with me when I’m playing fetch with Sheba and Cricket.  He’s totally back to being his old self.

We’re not really sure what to attribute this to.  We started adding a small amount of canned food to his dry kibble.  His eyes aren’t running anymore, so his seasonal allergies seem to have cleared up.  The cooler weather has him spunkier on walks and we walk for longer than we did all summer.  We had started adding some salmon oil to all of the dogs’ food recently also.

Is one or all of these things responsible for him feeling better lately?  We added the salmon oil mostly to help their skin through the dry winter.  But I’ve read of other benefits from fish oil also:

Did Kobi have something going on that was causing him not to feel well?   I don’t know, but we’re going to continue all of these things we’ve been doing as long as it’s working.  We’re just grateful to have him feeling so good, and we hope it lasts for a long time.

This Thanksgiving we are thankful for so many things, but especially the fact that we have a house full of senior pets that right now are pretty healthy.  I honestly think that part of the reason my hubby wanted to bring a new addition to our crew was that we were feeling Kobi’s days might be getting numbered. But he has bounced back and that makes us hopeful that he is going to be with us for a long time to come!

Happy Thanksgiving to all, and here’s a little collage of our pets and some of the things they are most thankful for. 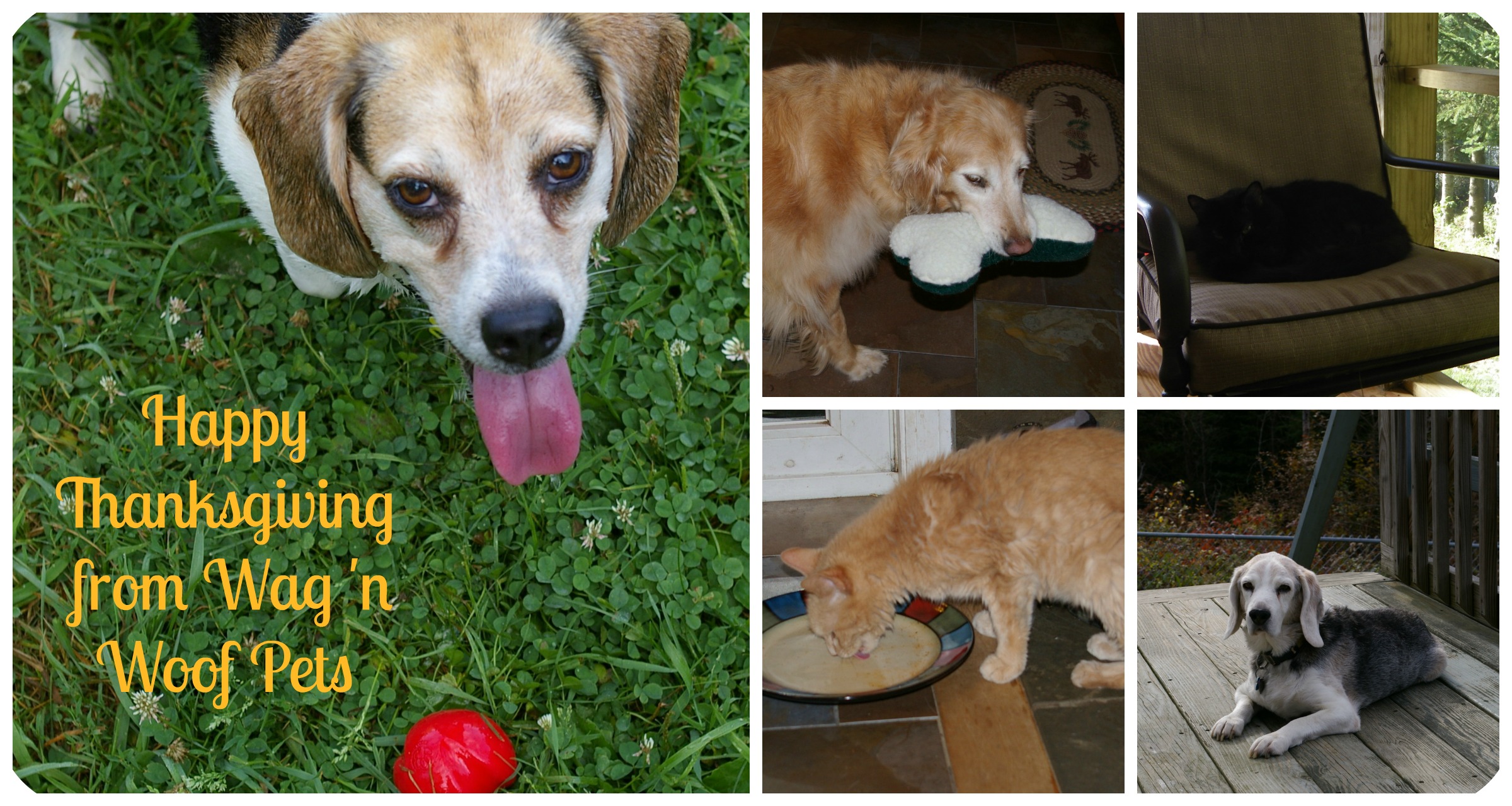