When Luke and I go on our daily walks, our route normally takes us through our yard (we have trails on either side of our house), and behind the garage and chicken coop. A few days ago, Luke started dragging me to a certain location because he smelled something. He sniffed out some “scat” – wild animal droppings – that concerned me. It was similar in size to dog poop, which could mean fox or coyote.

I asked the Dadz to get out one of his game cameras and set it up to watch the coop. Even though our coop is quite secure, I felt we needed to know what might be around, especially since the birds are all back to free ranging and don’t go in until dusk. He set it up and a day or two later, Luke took me to that same location and there was more scat, so I made sure we pulled the memory card out of the camera that day to check it. There were a few photos on there of the birds enjoying the yard. 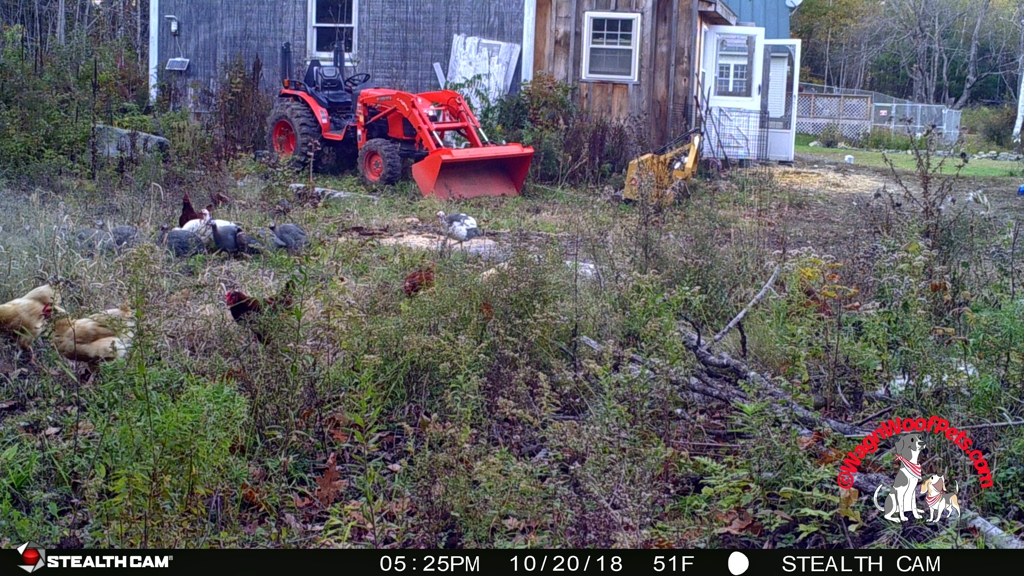 But then we saw this, from later that same evening (the birds had been safely in bed for at least a couple of hours by then):

In the early evening, no less! If you look beyond the coop, you can see the lights on in our house. We can’t really tell if that is a coyote or a fox. I think it looks more like a coyote, but Dad says they tend to run in packs, and we have not heard any at all. If you’ve ever heard their eerie calls, you won’t forget it. We’ve heard it many times in the past at other places we lived, mostly off in the distance. Though there was one house we rented where they were very close, and we had outdoor cats back then. That made me quite nervous!

However, you will see in the next photos how he moves closer to the coop (that’s the coop, the small window you see to the right of the tractor). But in the next shot, boom! – the sensor light has come on at the front of the coop and he is nowhere to be seen! 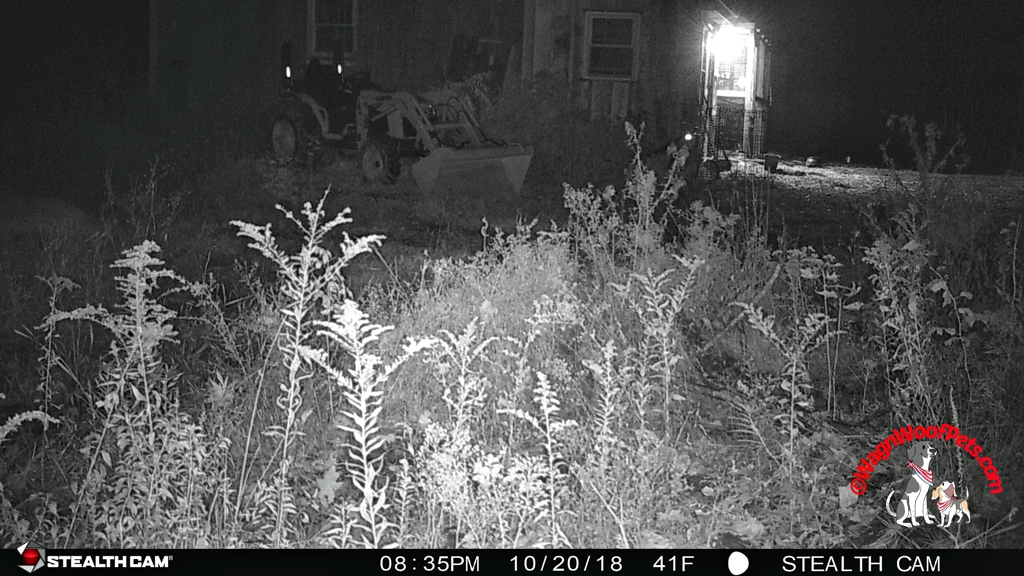 This makes me very thankful that we built such a secure coop. It is really just a small shed and it has house windows and doors. We make sure the windows are mostly closed at night. I wasn’t sure if we were overdoing things by building it that way, or when we added flashing predator lights (there is one on the edge of the coop, – you can see the bright dot to the right of and below the window – though that did not seem to deter this guy) and the sensor lights as well. There are sensor lights on the coop, and also on the garage and barn around the front. Anything going close by is going to set them off.

I probably saw that light come on that evening and looked out the window. The wind can set it off as well sometimes though, so if we don’t see anything, we’re not overly concerned.

The good news is that all that was seen over the next couple of days was wildlife we like to see…..

…..and there’s Luke and I passing by, on our way to inspect the area for any more signs of intruders. There has been nothing new, but we will check the camera again every so often. I have never felt like we could be too safe. I belong to a few local Facebook groups for farmers and poultry keepers. I read story after story of people losing their entire flocks to predators (even a good blog friend – not local – sadly lost all hers). 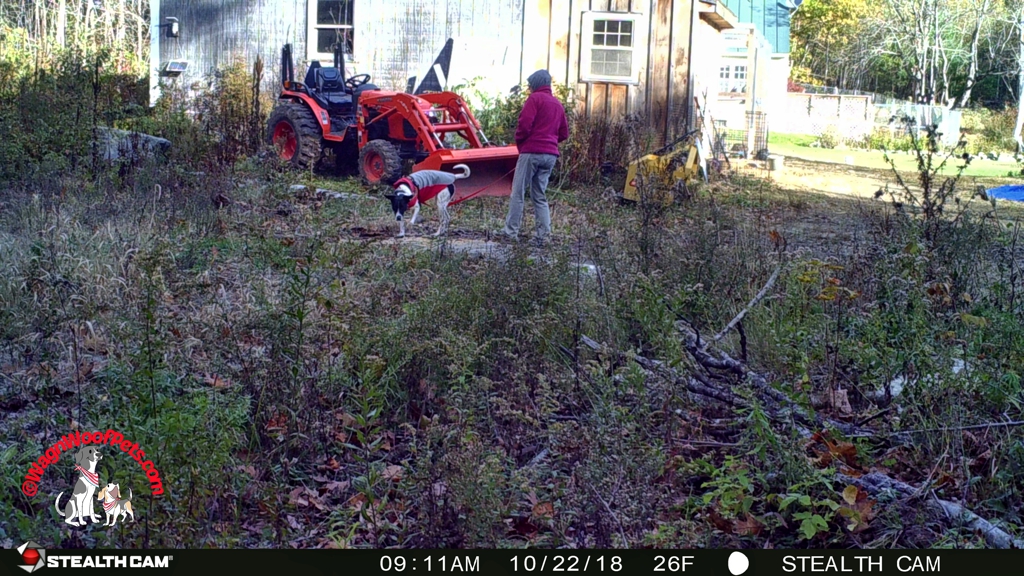 When we lost our four birds to a fox this last spring, that was way more than enough for me. We weren’t going to leave things to chance any more, and we took even more security measures. We lost all ours during the day, I think that may be more of a spring thing, but we will always be on alert. We had to learn the hard way that bad things can happen during the day too, but I feel like our nighttime security has always been good.

Seeing what’s out there at night assures me we can’t be too careful when it comes to that, and I’m thankful we didn’t have to learn that lesson the hard way. I’m also thankful for Luke, whose nose often lets me know something is going on we should be aware of!

Thank you to our friends at Brian’s Home for hosting the Thankful Thursday blog hop! Please visit other blogs through the links below.