When I graduated from college in 1983, my best friend from high school, Sheryl, and I decided to get our first apartment.  We were still friends with our former boss, from the general store we both worked at in high school, and he had an apartment available above the store.  I don’t remember for sure, but he either told us “no pets” or the subject was never brought up at all.  So we went out and got a couple of cats anyway.  He let us get away with it.  I’m happy to say that we broke the ice for all of his future tenants, who now are allowed to have pets, sometimes even dogs.  (this is the store I now work at as a bookkeeper).
We got Antoinette (mine) and Chaos (Sheryl’s) at a local pet store.  This was back in the days when getting pets from pet stores didn’t mean they came from a puppy or kitten mill (or we were blissfully ignorant).

Before we could get these two cats “fixed”, Antoinette became pregnant.  I think there were 4 kittens in this litter, going by the photos!  My sister Lynn decided to take one home with her, who she named Sammy, and I know we found homes for the others also. 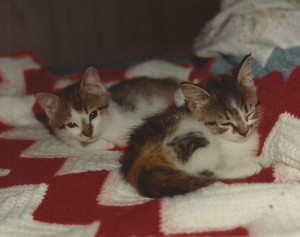 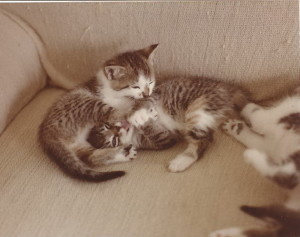 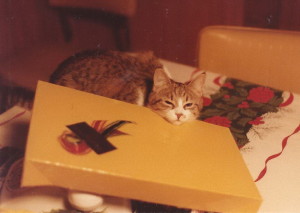 In 1985, I moved to Massachusetts and lived with family for a while.  I did not take Antoinette with me, but a wonderful woman I had worked with offered to take her in and care for her until I got my own place and could take her.  After a month or two of living with my sweet Antoinette, Julie asked me if she could keep her.  I decided it was best for Antoinette to stay where she was now settled.  I missed her, but this was also the time my parents asked me to take my cat Concha, so at least I still had feline company. 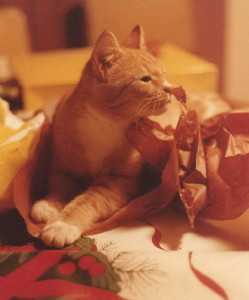 Sheryl took Chaos with her when she moved out and he was her companion for many years.  He became diabetic at age 12, but still lived for another year after that.  Sheryl describes Chaos as full of personality,  very smart, and very loving.  He could open the refrigerator, and he loved kisses on his head.  He was trained to come up and give his head for kisses on command!

Sammy lived to be 15 years old, giving my sister and her husband many years of love and affection.  If I remember correctly, he was very vocal!  When you went to Lynn’s house, Sammy would always have something to say (“feed me” for one thing)! 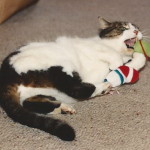 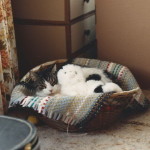 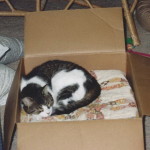 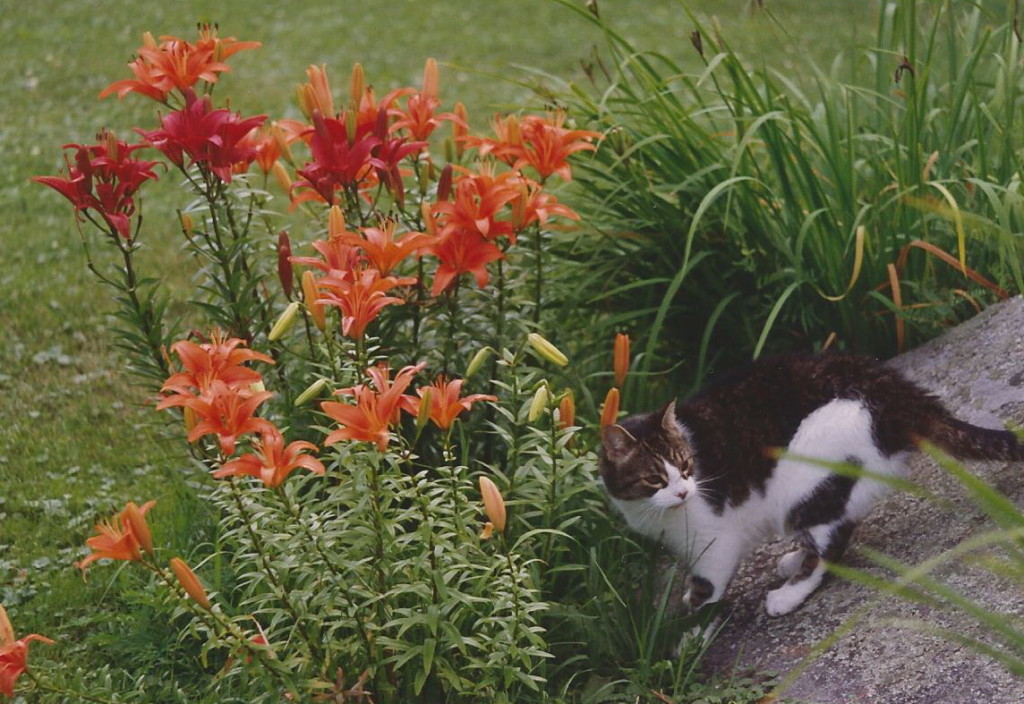 Lynn loved to take photos of Sammy….she gave me several to choose from, and I know she had trouble narrowing it down to the few she gave me!  They are great photos though, aren’t they?  🙂