Thank you to our blog hop hosts Alfie’s Blog, Snoopy’s Dog Blog,  and My Brown Newfies.  Please visit them and the other participants through the links below for more mischief and fun!

One evening last week I was working on my computer and decided I wanted a little snack.  I opened a box of crackers, grabbed a couple, and left the box on the kitchen counter.  As I was sitting back at my computer, Sheba came up to me with her rear end wiggling away and holding her mouth in a funny way.  She’s a dead giveaway when she has something she’s not supposed to, I can always tell by the goofy way she’s acting.  I think it’s a Golden Retriever thing.  Luckily if I tell her to give it to me she will.  Here’s what she had: 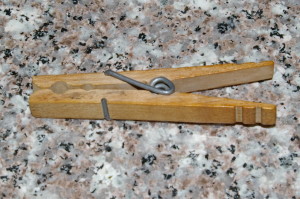 We use clothespins to keep bags closed, in this case the bag inside the cracker box.  But how on earth did she get that?  It’s not like her to countersurf.  So I went out into the kitchen to see what was going on. 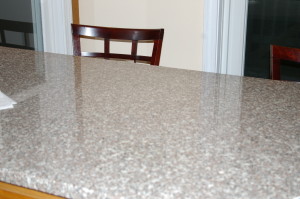 I know that box of crackers was sitting right there.  Where did it go? 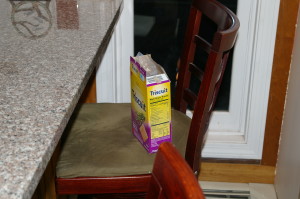 OK, I found them, strange as it might seem that they are sitting perfectly upright on the barstool.  Now who is responsible for this?  You might be as surprised as I was to find the prime suspect nearby, trying to look innocent. 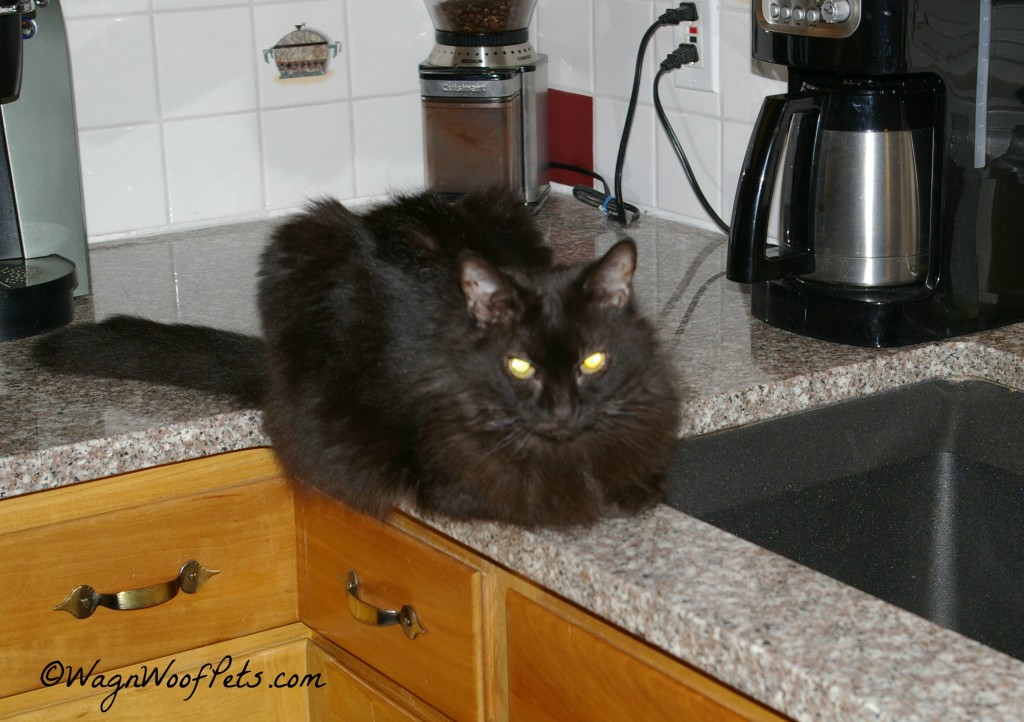 I still found it difficult to believe, but my hubby confirmed that she often tries to steal dog treats or any other food that might get left out on the counter!

In further mischief, the cat bed/dog bed wars continue.  In this episode, a compromise was reached: 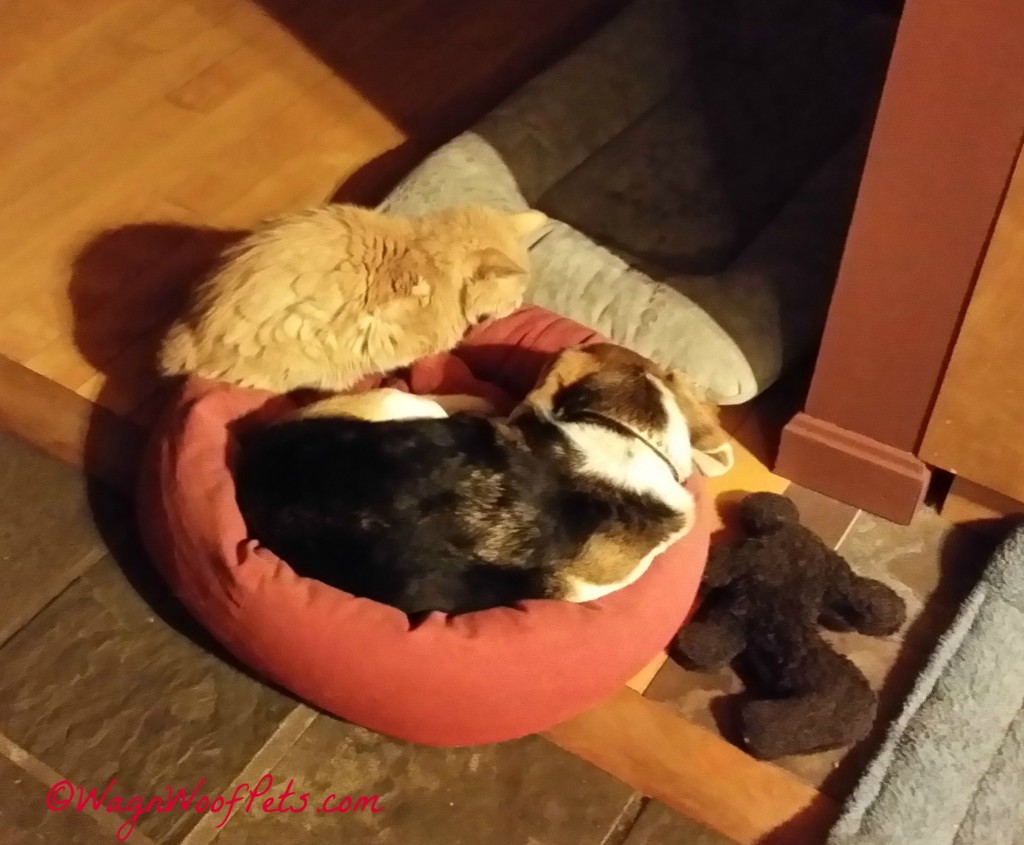 I don’t like that red bed, because it’s difficult to keep clean, so we bought Conrad an early Christmas present and got him a new bed which I hoped he would like as much as that one.  I was pleasantly surprised when he took to it immediately: 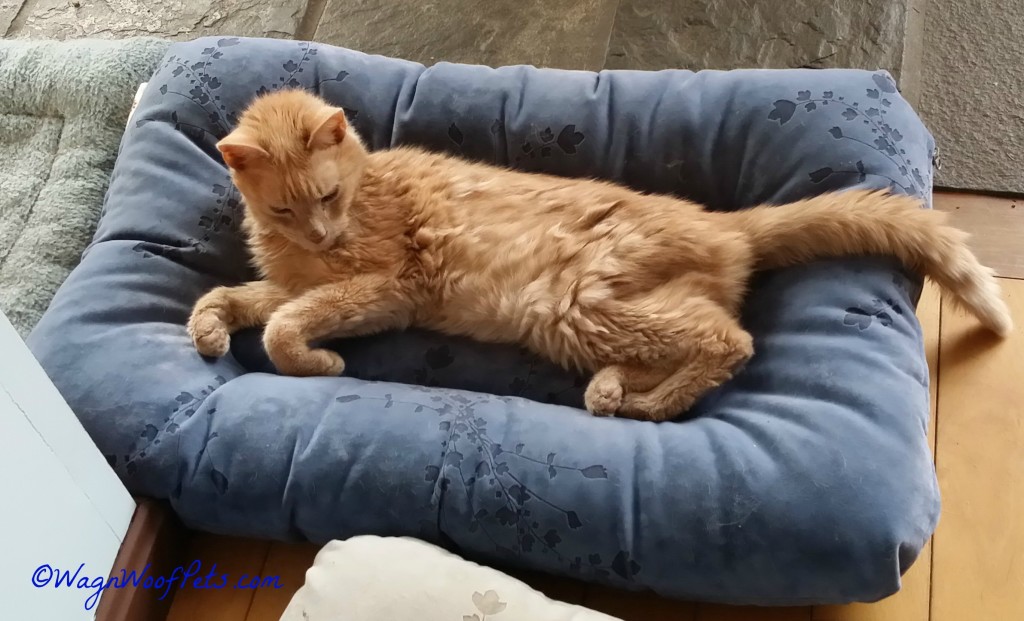 However, he’s not the only one that likes it: 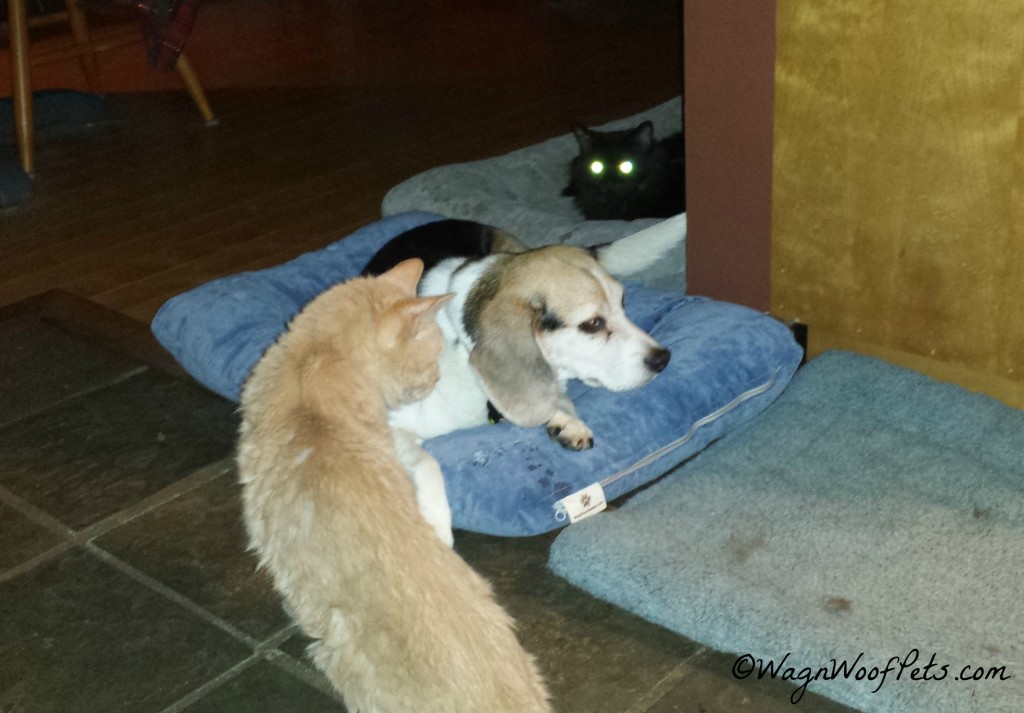 Conrad:  Dude, you’re in my bed.
Cricket:  Whatever. 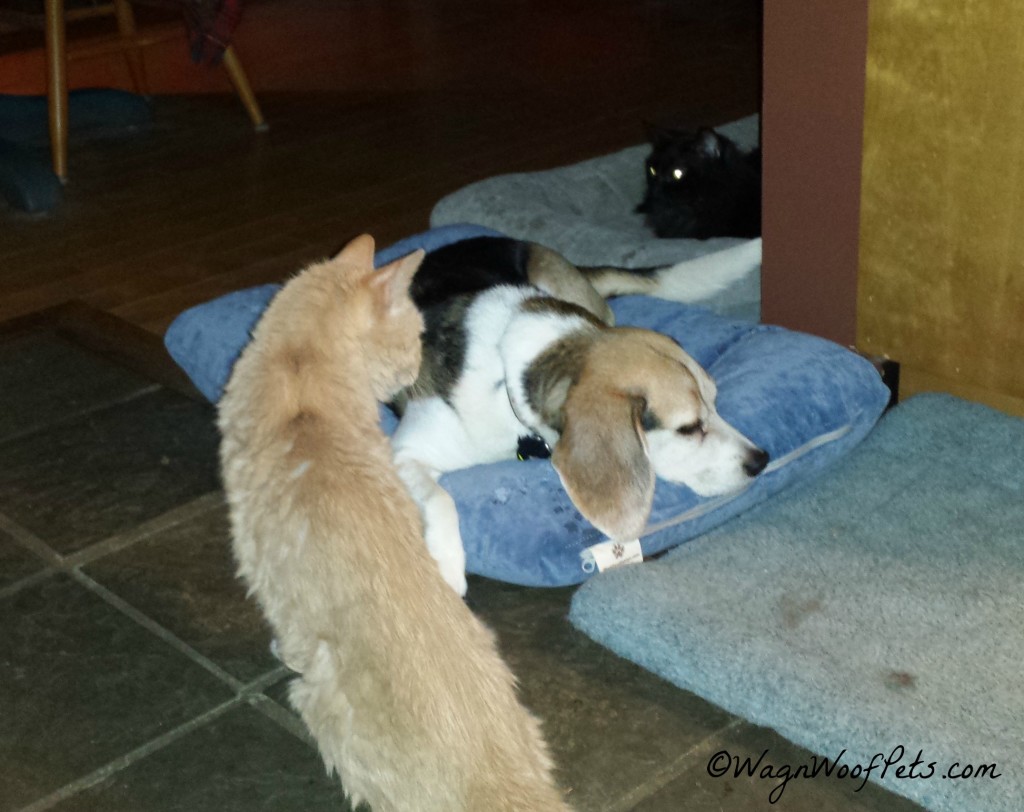 Conrad:  Dude, in case you haven’t noticed, we have you surrounded.
Cricket:  I’m not scared of you two. 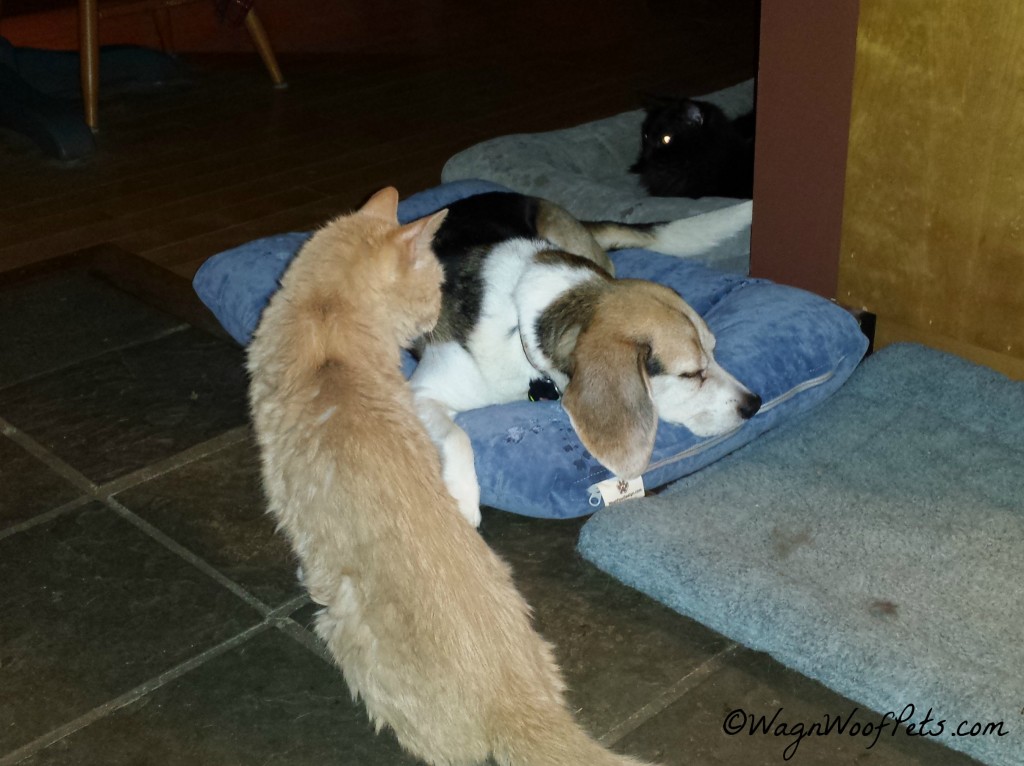