Luke got out for his first snowshoe with me yesterday!  We had been down in the woods this winter, but that was before we had all this snow.  Because Luke can be timid, I was concerned that he might be afraid of the snowshoes clomping along behind him, but he didn’t even seem to notice.

I didn’t get out snowshoeing much last winter.  Our late beagle Kobi was my frequent snowshoe partner, and it got to where he couldn’t do it anymore, plus we didn’t have much snow anyway.  Luke reminded me so much of Kobi out there.  His DNA may say he doesn’t have beagle in him, but I think he’s a beagle at heart.

There was a lot of sniffing….remember I mentioned the deer have been around…. 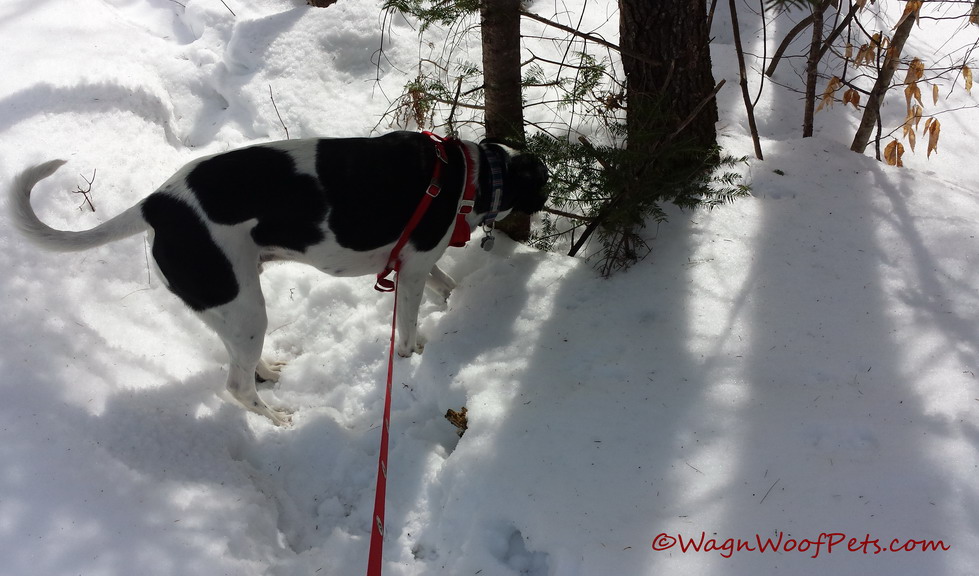 ….and a lot of checking out of holes. 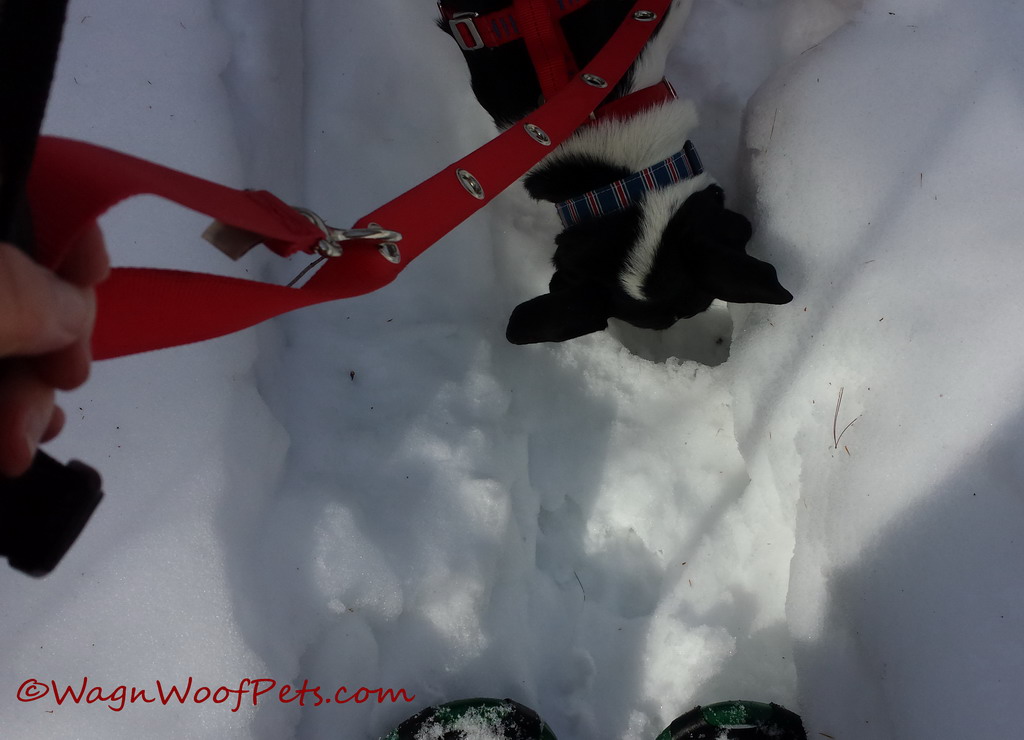 We won’t talk about the deer poop that might have been consumed.  We practiced “leave it” and “here” a lot, but since I wasn’t planning ahead of time to do this, I forgot to bring treats with me for a distraction.  All in all, Luke is better trained and listens better than Kobi used to though.

In the photo below he hears or sees something.  He’s either watching a bird, or he can hear his foolish sisters back at our house barking! 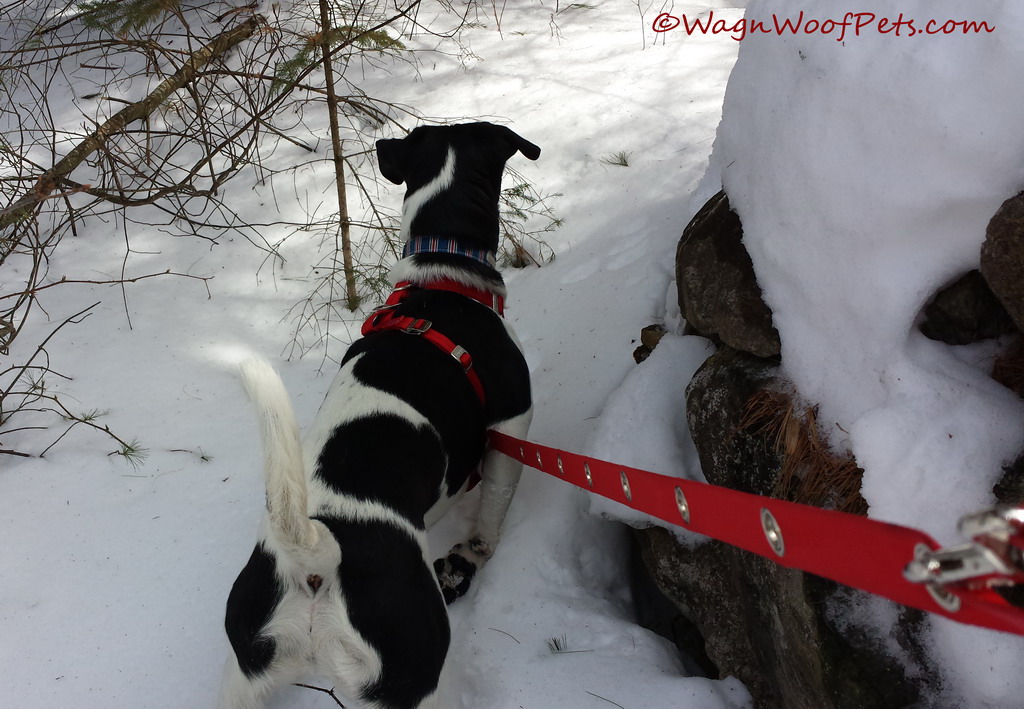 Luke was good at not wrapping himself around trees, though I did get the leash tangled with my ski pole one time, and almost walked into a branch while watching him instead of where I was going.  Just like Kobi, he pulled me when going downhill, but at least never made me lose my balance.

We didn’t go far or stay out long.  The snow is still soft and deep, especially if you step out of the trail like he did when sniffing.  I wanted to be sure it wasn’t too hard on his knees, and he seemed fine as far as that goes, so next time we’ll go out longer.

Thank you to BlogPaws for hosting the (mostly) Wordless Wednesday blog hop!