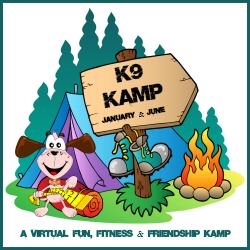 We are happy to be joining in the K9 Kamp fun, with our Kamp Kounselors Jack & Maggie from SlimDoggy, Ike & Kelly from Peggy’s Pet Place, and Rocco from To Dog With Love.

The challenge for this time was Doggy Hide & Seek.  We were instructed to be creative with our hide and seek games by hiding treats or a favorite toy and letting the dogs find them.

What are the benefits of hide and seek for dogs (from SlimDoggy)?

We were originally planning on playing some hide and seek with treats in the house (beginning “nose work”), but an unexpected turn in the weather changed our minds and we decided to play outside.  With 2-3 feet of fresh snow on the ground from several storms, along with a break in the sub-zero temperatures, we wanted to get outside!

The dogs love playing with their ball, and our version of hide and seek with the ball involves throwing the ball into the fresh, untouched snow.  Granted, the dogs usually see where I throw it, but it goes deep enough into the snow that they don’t know exactly where it is.

The pictures will tell the story of the fun they have trying to find it. 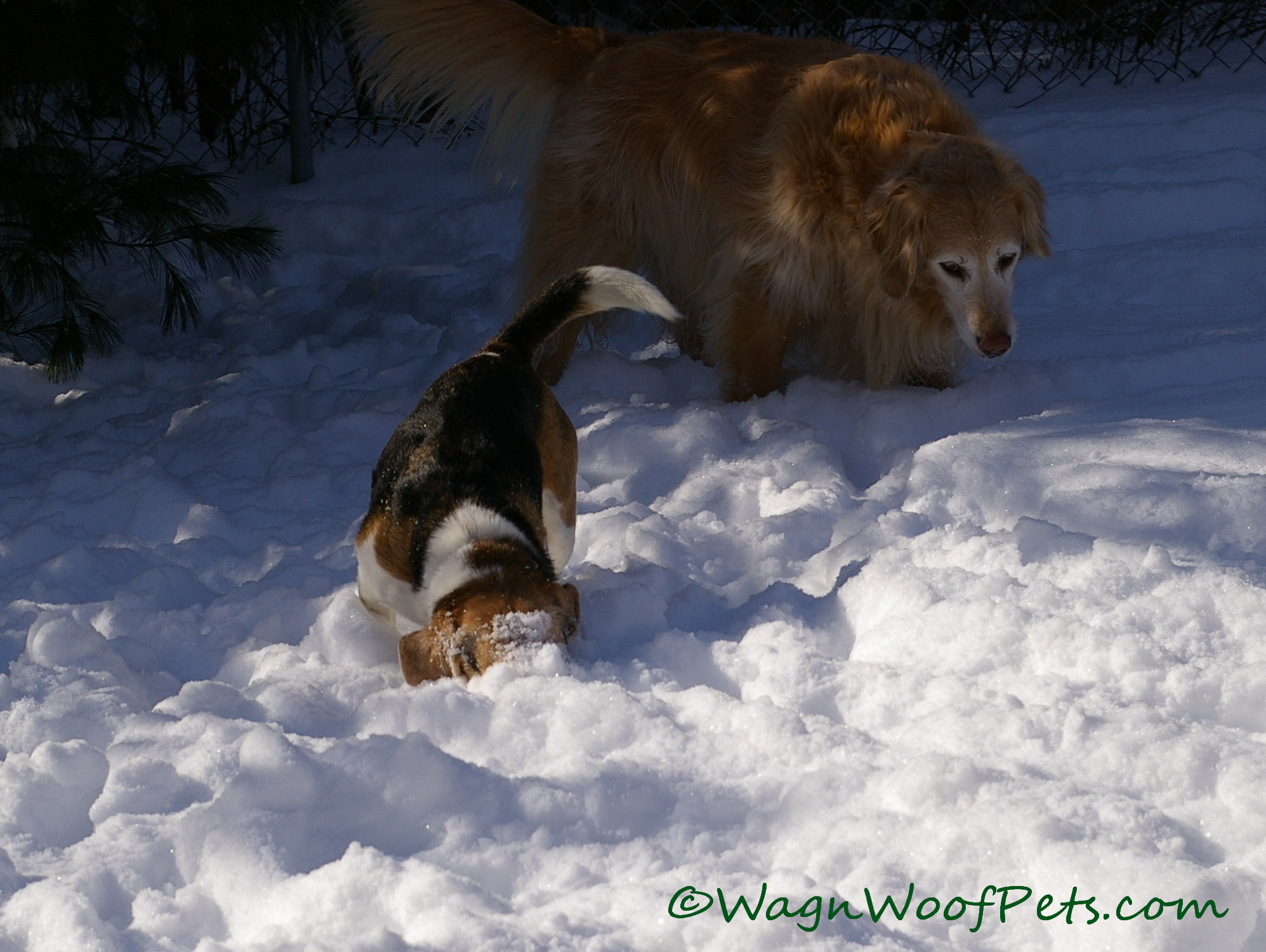 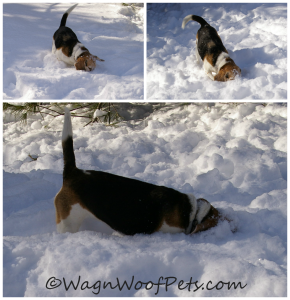 Cricket is best at the game, mostly because she’s more determined than Sheba and Luke.

However, Luke has caught on and always surprises the two girls when he’s the one to find it!  In fact, sometimes they are still looking because they don’t realize he did!

Sheba gets impatient with Luke and Cricket if they don’t bring the ball right back to me. 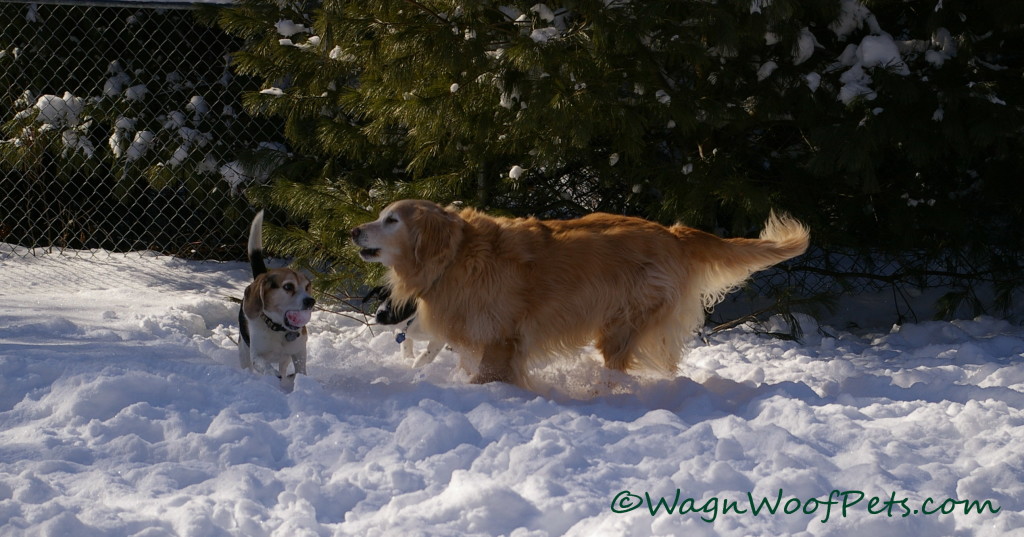 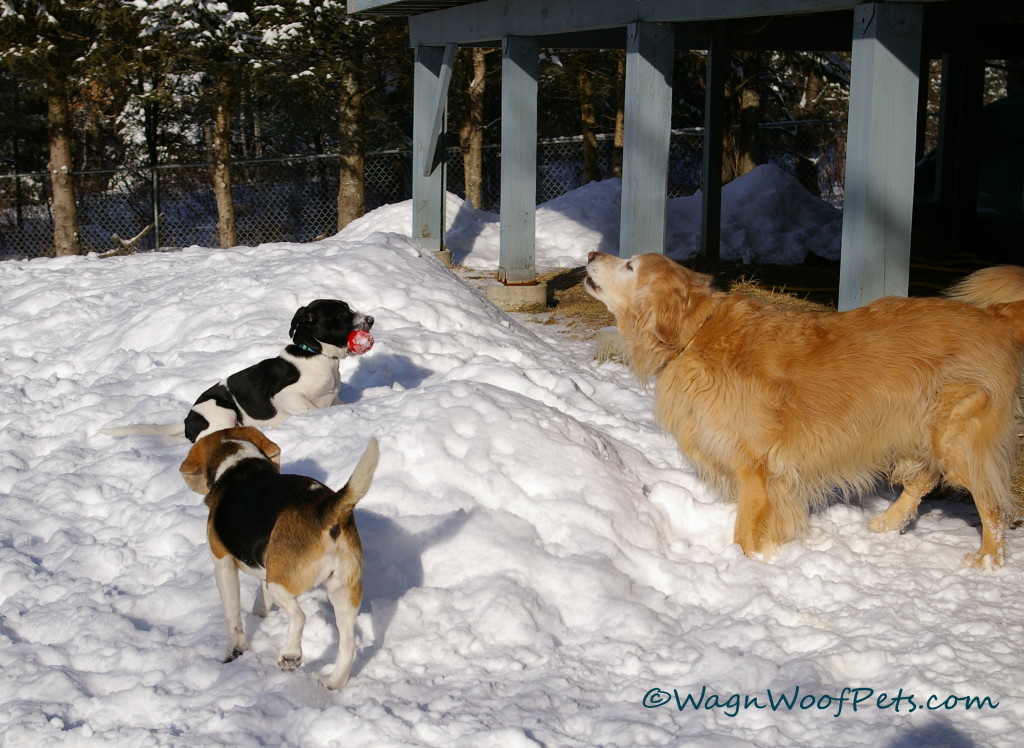 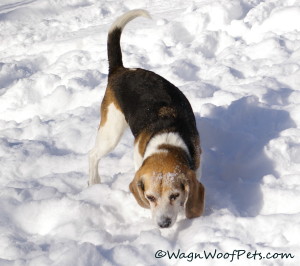 Everyone ends up snow covered but Sheba gets the worst of it.  Sometimes we put her purple Pawz on to keep the snowballs out of her paws….but that doesn’t help the rest of her from getting covered. 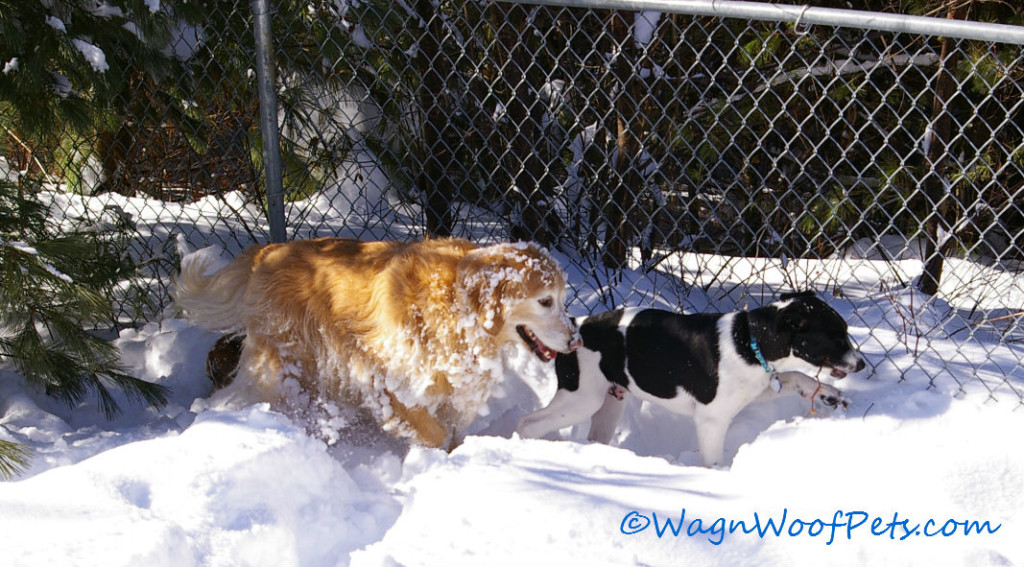 None of them are afraid to dive right into the snow. 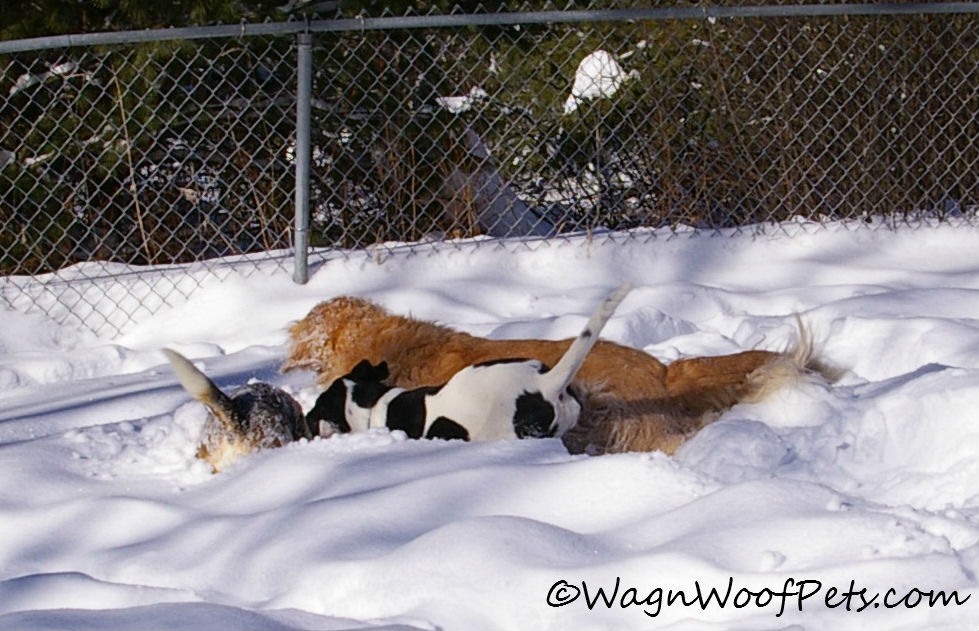 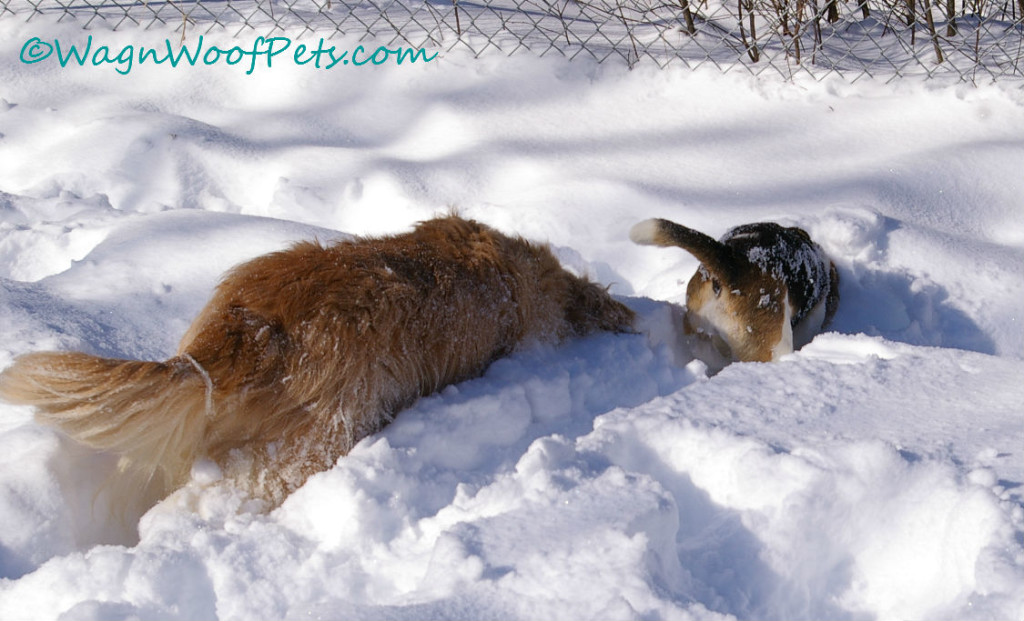 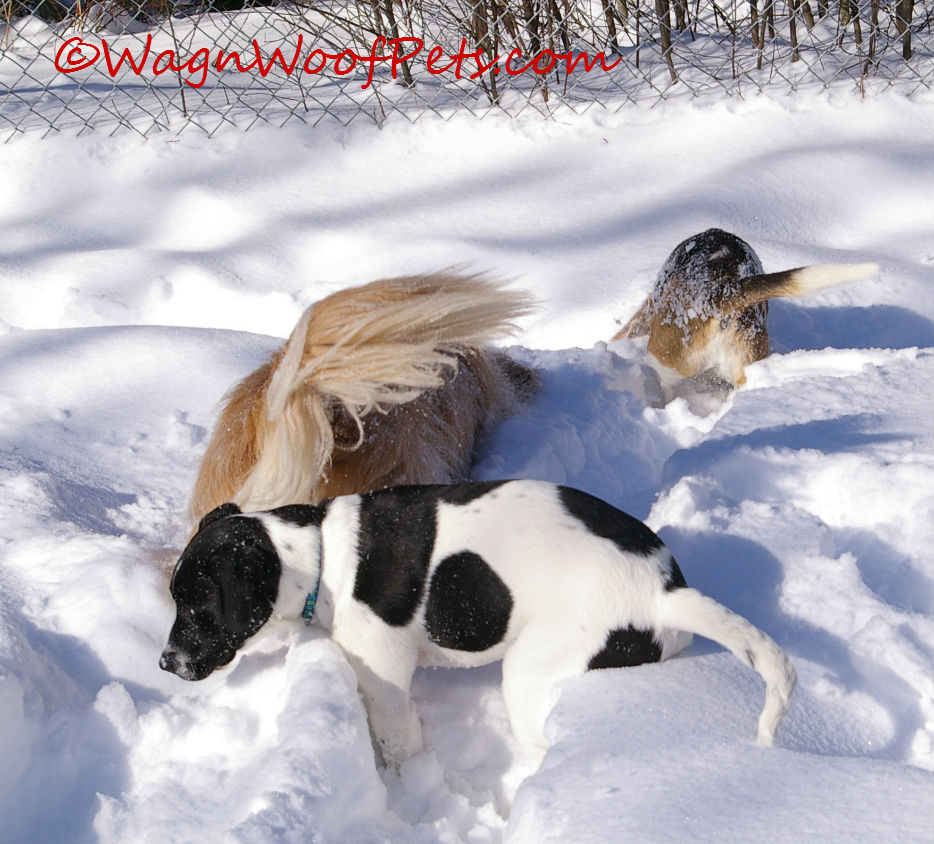 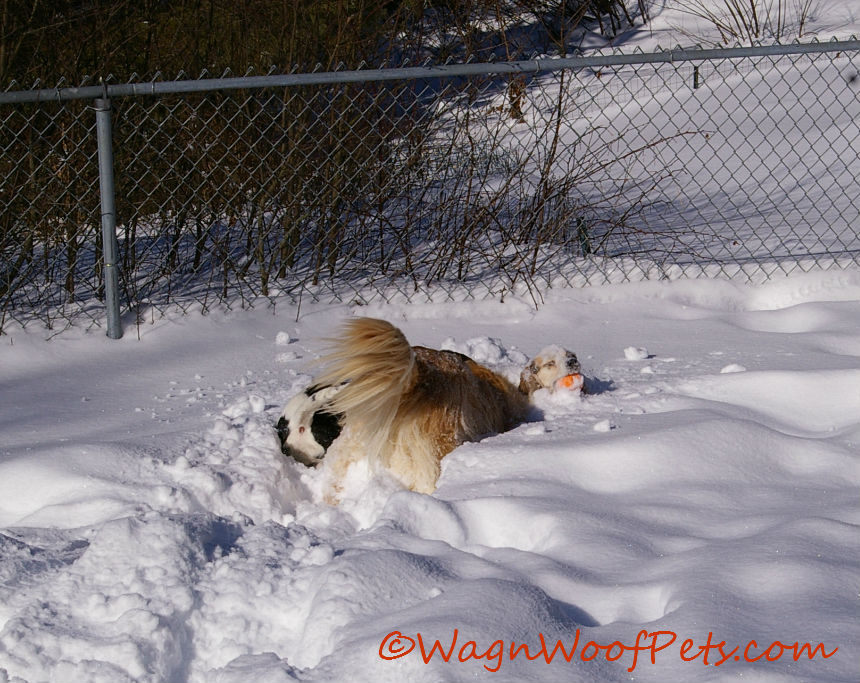 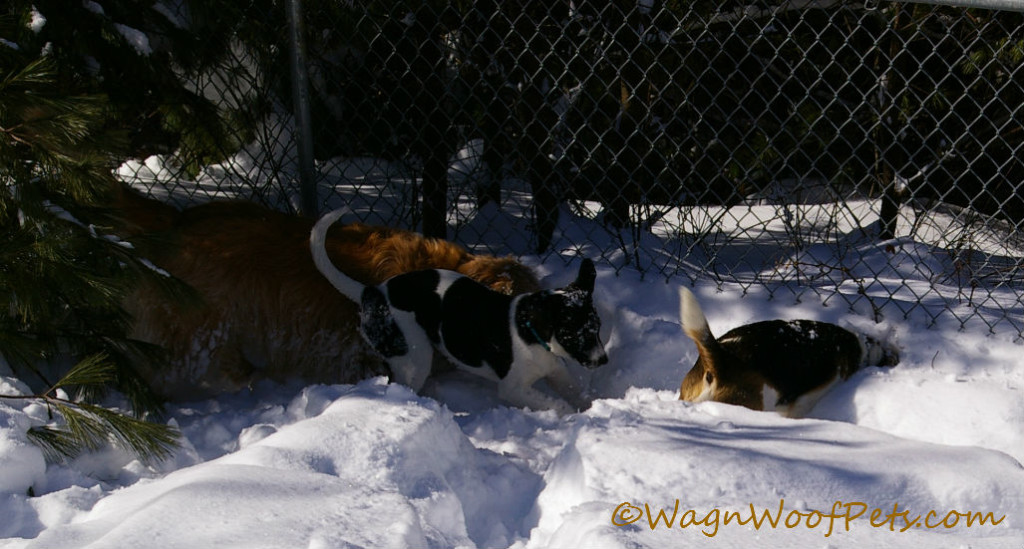 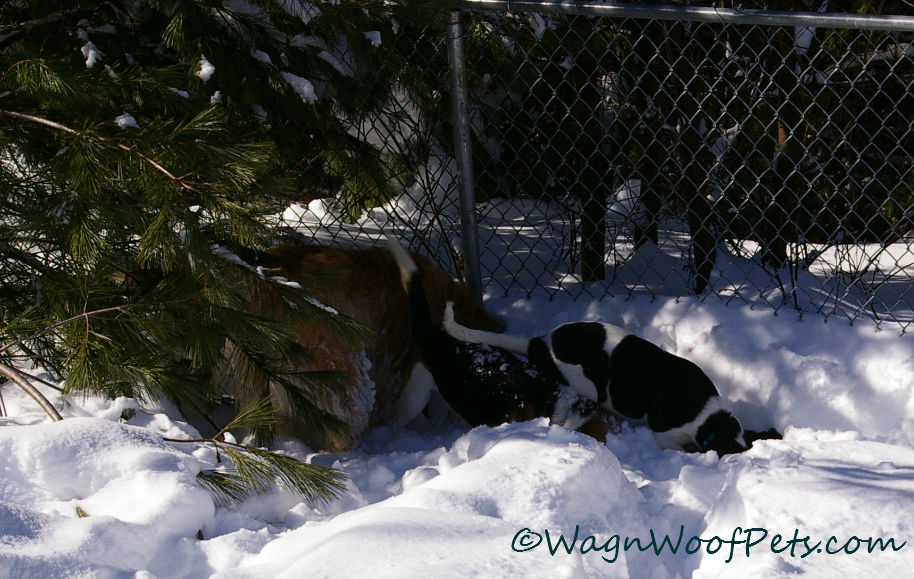 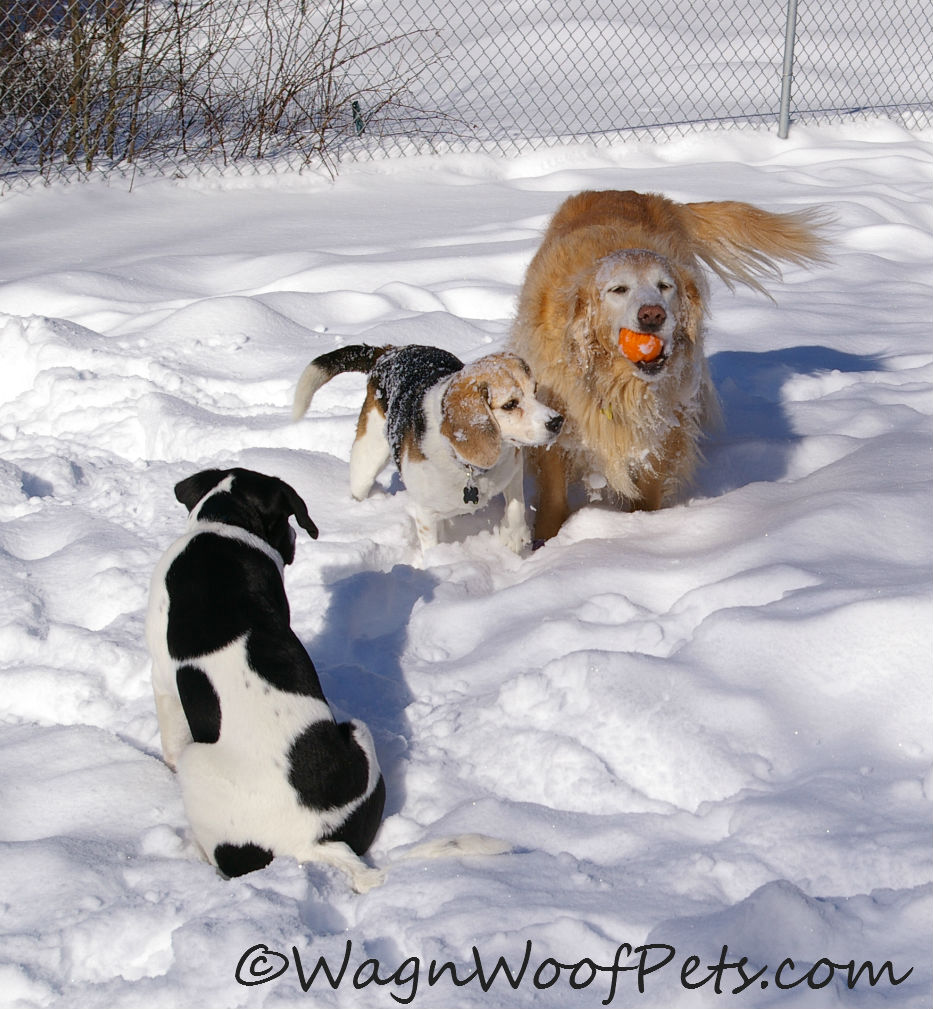 If you try this at home, we only play for short times; partly because of Sheba getting all covered in snowballs, but we also had a couple times where after playing in the snow for too long, Cricket’s eyes were bothering her later….they were squinty. They were always fine again after a while, but we play it safe and only let them play for 30 minutes or so when she’s constantly sticking her head in the snow (she apparently keeps her eyes open to look for the ball).

Rest assured I get my workouts too.  I often have to trudge through the snow to help them find the ball.  Luke likes to turn hide and seek into keep away, and sometimes I’m the one chasing him to try and get the ball, if the girls are ignoring him.  With all the snow we’ve been getting, I am often shoveling off the deck while playing with them.  A good time and a good workout is had by all!

K9 Kamp is also part of the regular FitDog Friday blog hop.  Visit our hosts and other participants through the links below.