I mentioned not too long ago that our beagle Cricket had a cough we were starting to get concerned about. (“Life Comes Full Circle”) Cricket’s 13th birthday is at the end of this week, and for the last two years, she always seems to develop a health issue around her birthday!

Cricket has had a heart murmur for a couple of years now, and one thing our vet had told us to watch out for was a cough. However, on her initial visit almost three weeks ago, he didn’t think her murmur sounded any worse, and with just a little bit of noise in her lungs, he felt it was more likely an allergy. If not that, he also mentioned the possibility of a tumor. Ugh….that’s the last word we want to hear. We’ve dealt with way too much cancer around here and I wasn’t sure I was up for another battle with that.

We decided to try his recommended meds for an allergy/cough before going the next step to chest x-rays. In retrospect, I wish we’d gone straight to the x-rays. At first, we thought the meds were working, for a couple of days her cough seemed better. Until it didn’t – and right before my trip to Maine it seemed quite a bit worse. 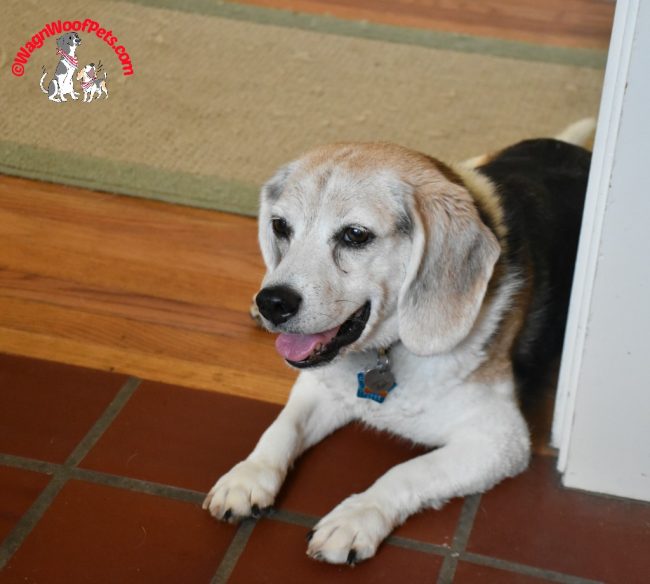 As soon as I got home from my trip and their office was open, we scheduled the chest x-rays. Our week was compounded by a lot of other stressful disruptions to our routines going on, and by the time her appointment came up, I couldn’t get the word “tumor” out of my head. Cricket had to skip breakfast that morning, in case sedation was needed. They always try to do it without that but we had to have her prepared just in case. I told her when dropping her off to be a good girl so they wouldn’t need to, and she listened.

I was relieved when the phone call from the vet came late morning, and strangely enough I was also relieved when he told me her heart was enlarged! I already knew that this congestive heart failure (as bad as it sounds) was treatable and further discussion on that day revealed that her long-term prognosis is good. At Cricket’s age, our vet feels she’s far more likely to succumb to something else other than her heart issue.

We started some new meds (Vetmedin) and now we wait and see if they work. If her cough persists, there is another med which can be added, and further tests can be done as well, if needed. While we are still hearing her cough at this point, she’s only been on the meds for a few days. 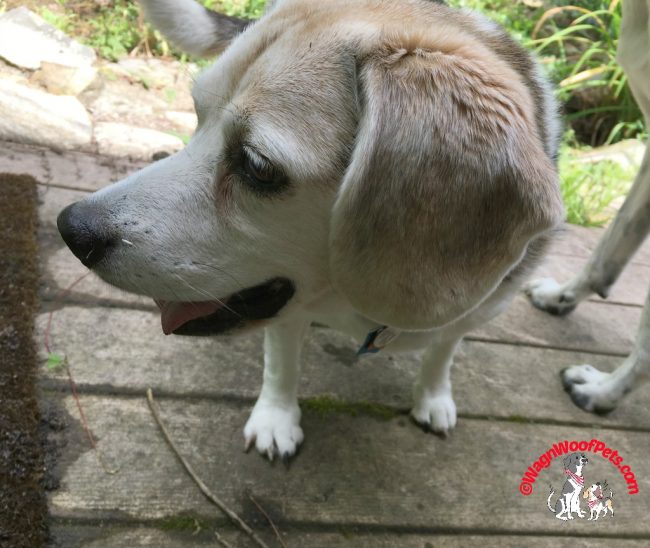 Another thing we had seen with her lately was that her energy level had been down. We didn’t know if that was partially because of the heat. The initial allergy med required her to be off her carprofen for her arthritis, but we didn’t see much slowdown in her for the first week and a half on that, but it could be catching up with her now (she has to be weaned off that med but we hope to put her back on the carprofen as soon as that’s done).

Her energy level seems to be getting better though. Even though she’s not back to playing ball like she was (she’ll still sometimes play but only for about 10 minutes and she’s done), she did very well on our walk yesterday morning. She was trucking right along and hopping over small logs and branches with ease. She spent a lot of time outside and was even seen chasing the chickens along the fence at one point!

I am cautiously optimistic that by her birthday on Friday she’ll be feeling even better. If not, we’ll take the next steps needed. I feel like we can deal with this, unlike a different diagnosis. It goes to show that perspective can make all the difference in the world, and hopefully our optimism will have a positive effect on her as well.

Be sure to stop by Friday for our celebration – Cricket wants to do a giveaway of a few of her favorite things for her birthday!