This last Sunday morning dawned dark and damp, but thank goodness the temperature stayed above freezing so we had a safe drive to Brattleboro, Vermont, with just some fog to slow us down slightly. We hit the road at 6am to meet the Rescue Riders transport truck to pick up our new puppy, Luke.  Luke had been on the road since Saturday morning when he was picked up all the way down in Alabama! 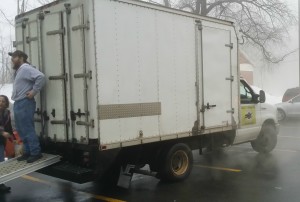 This was our first experience rescuing a puppy, and what a great one it has been so far.  The truck was punctual and we were amongst a group of about 20 people waiting to meet their new family members and take them home.  We somehow ended up being picked first out of the crowd, handed over our paperwork, and told her we were there to meet “Goblin” which was Luke’s foster name.  There he is, and his little tail is wagging away! 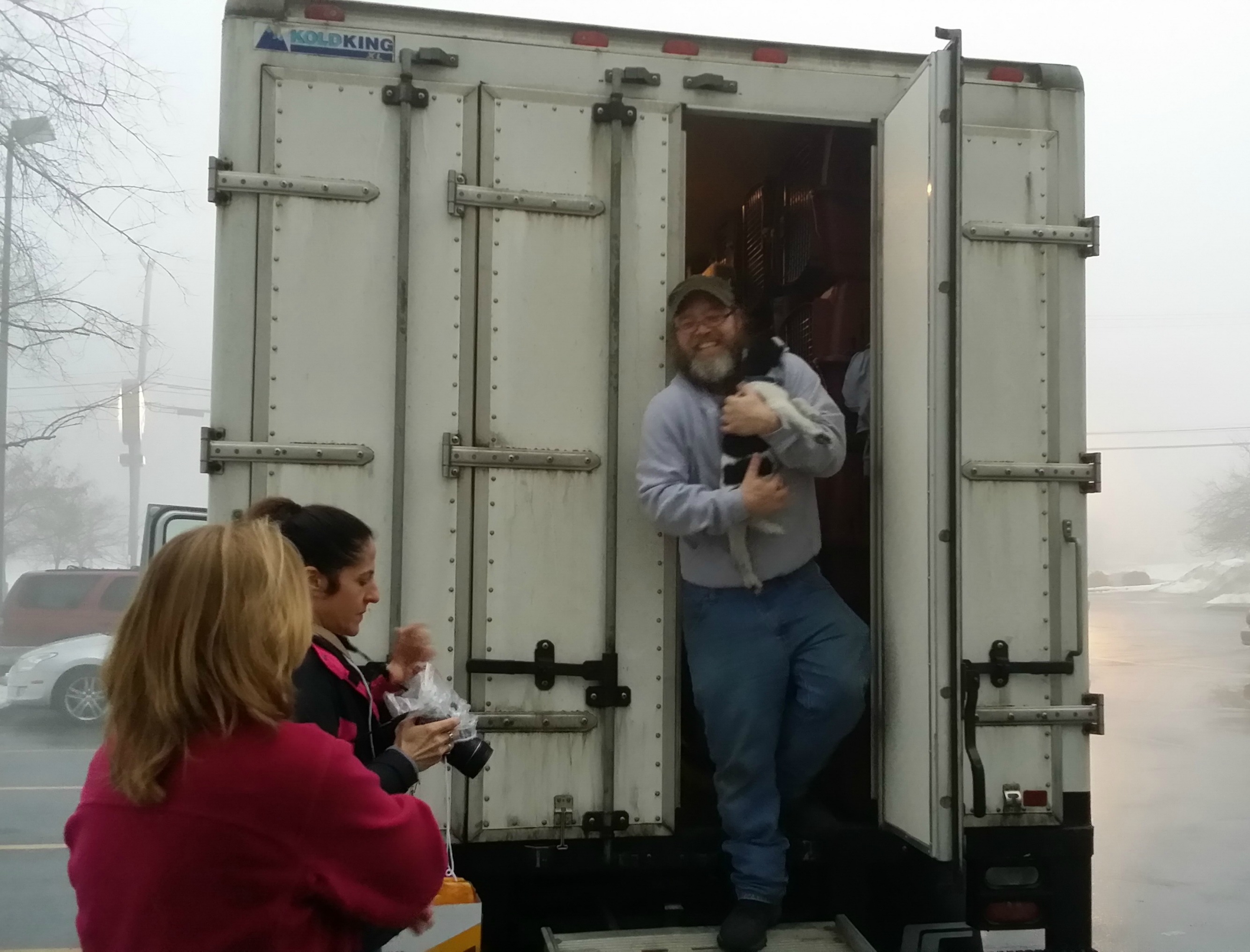 And finally in my arms, after weeks of waiting! 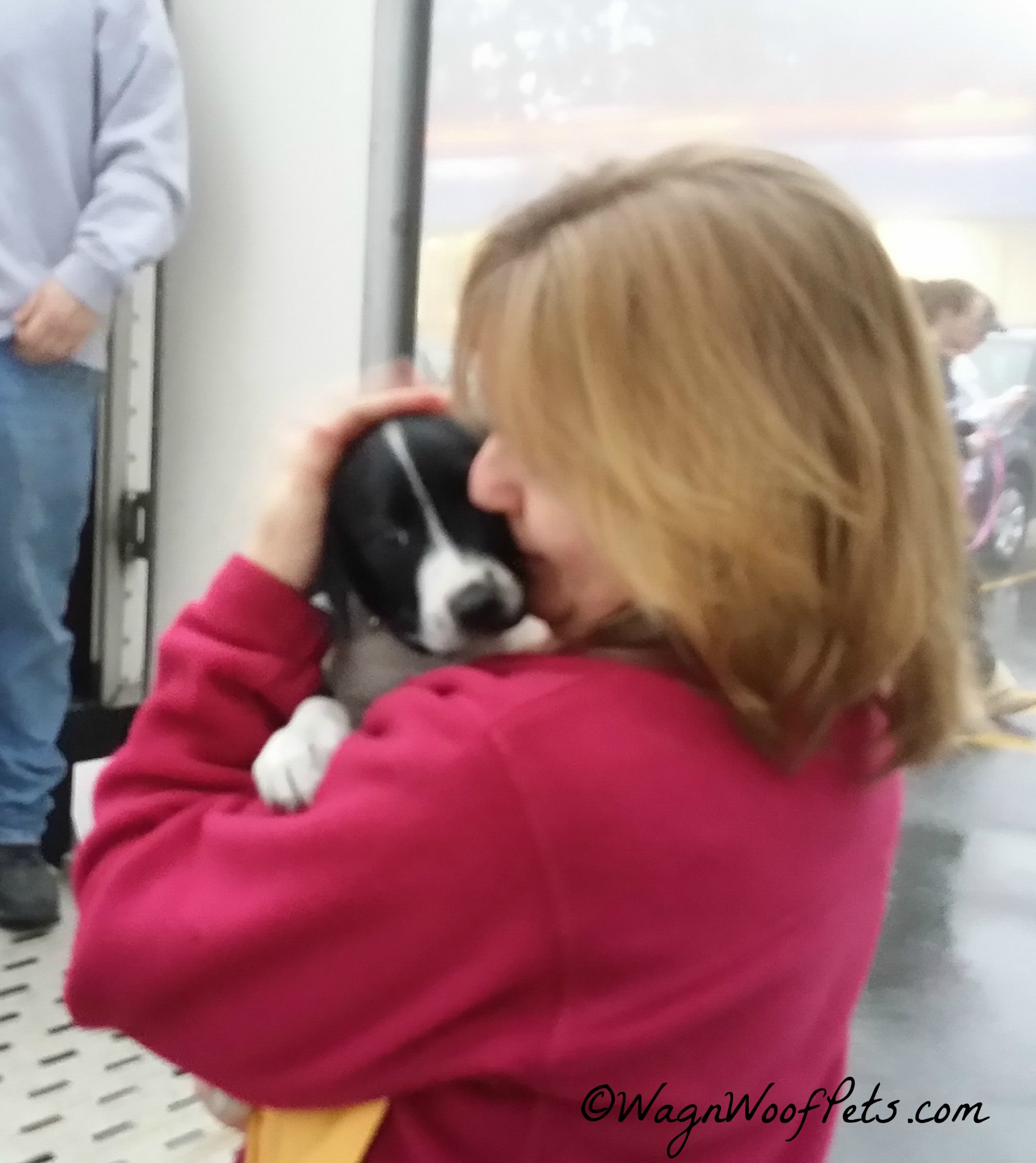 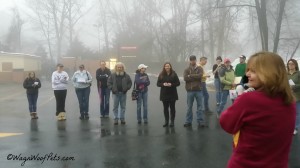 The rest of the crowd was waiting for their new family members, and as we headed to our car one nice woman offered to take a photo of my hubby and me with Luke. 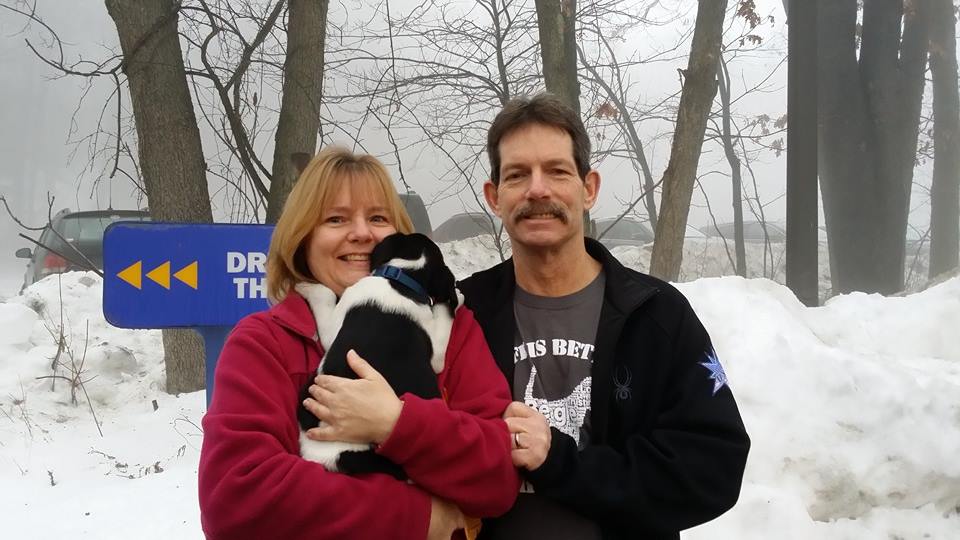 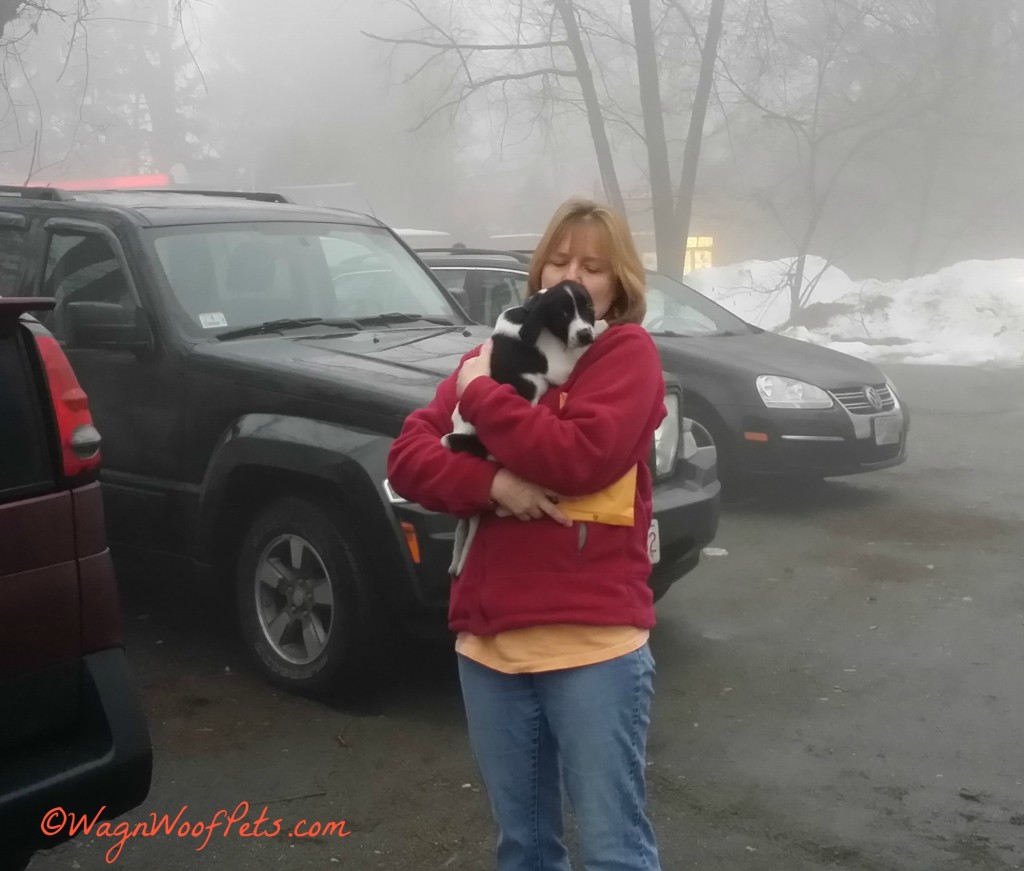 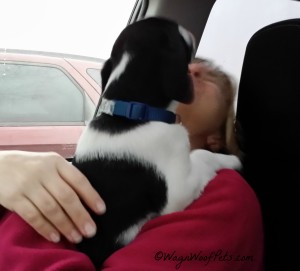 We got into the car and spent a few minutes just playing with him and letting him get  comfortable.  He quickly relaxed with us and is such a snuggler!

For the drive home we had brought a crate to keep him safe.  We weren’t sure how that was going to go over.  We gave him some water and he quickly grabbed one of the toys that we had put in there.  After just a couple minutes of whining, he settled down and fell asleep for the whole hour and a half ride home! 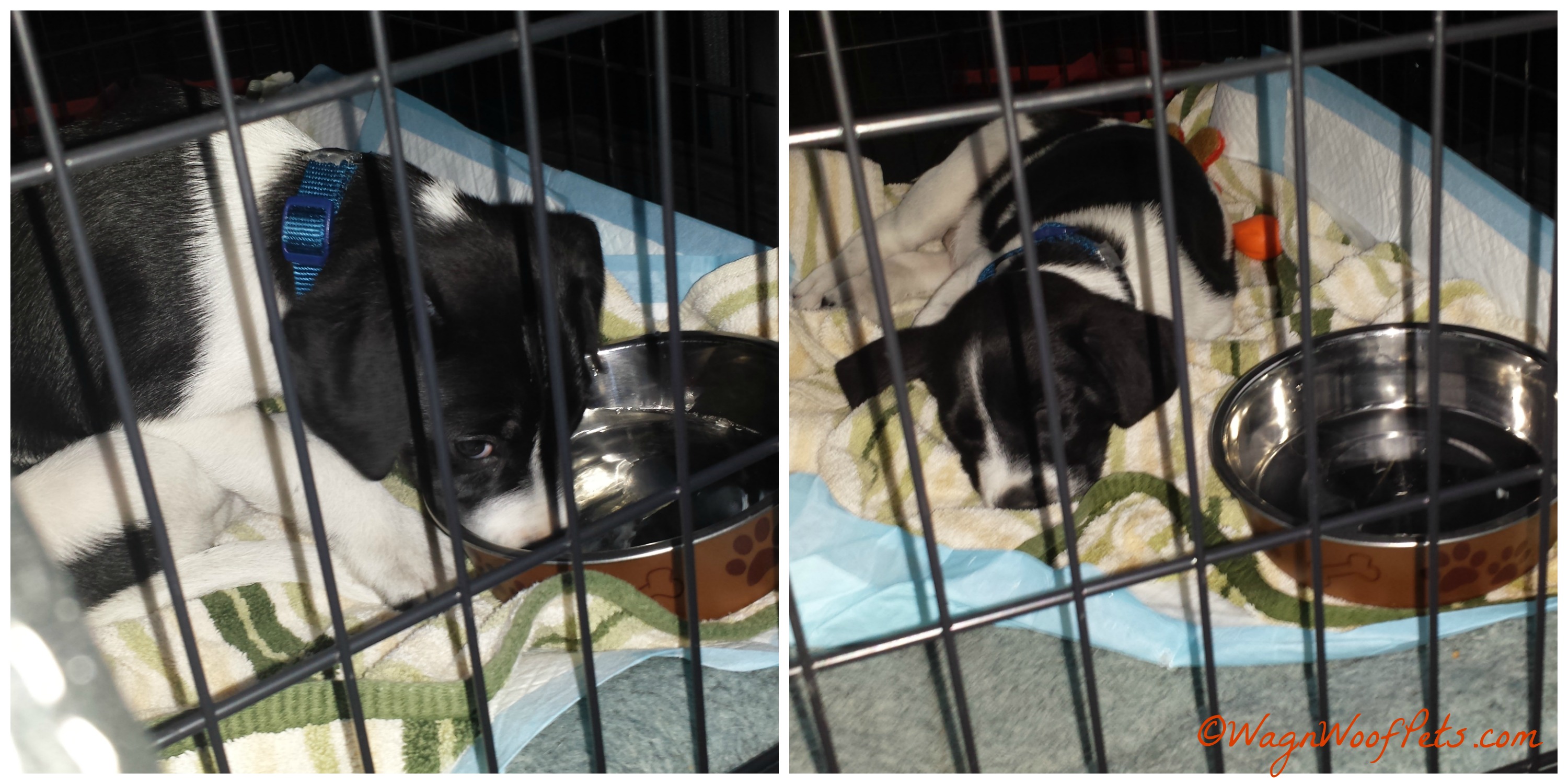 He has settled into his new home fairly quickly.  His new siblings haven’t exactly given him a “warm welcome” but they are getting used to him.  They mostly just try to steer clear of him but I think in time they will adjust.  I had a family party I had to go to later that day, so Dad stayed home and helped him settle in.

Monday morning he had his first trip to our vet and we were thrilled when our vet said that as well as the Labrador Retriever in Luke that we know of from his Mom, he thinks there might be some hound dog (beagle/hound dog lovers that we are we love that idea)!  He also thinks judging by his size that he’s going to be a very big boy, possibly up to 100 pounds.  Oh boy! 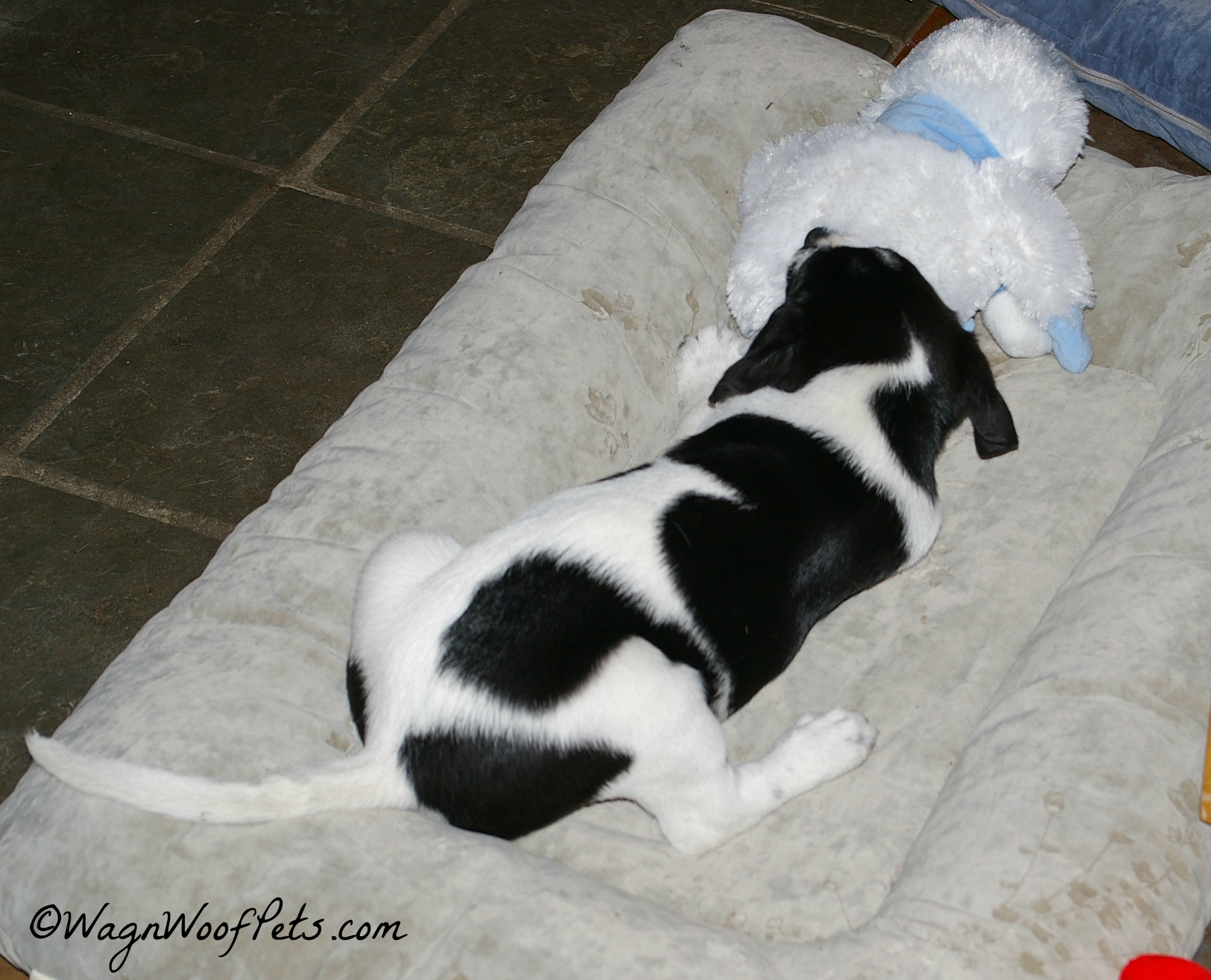 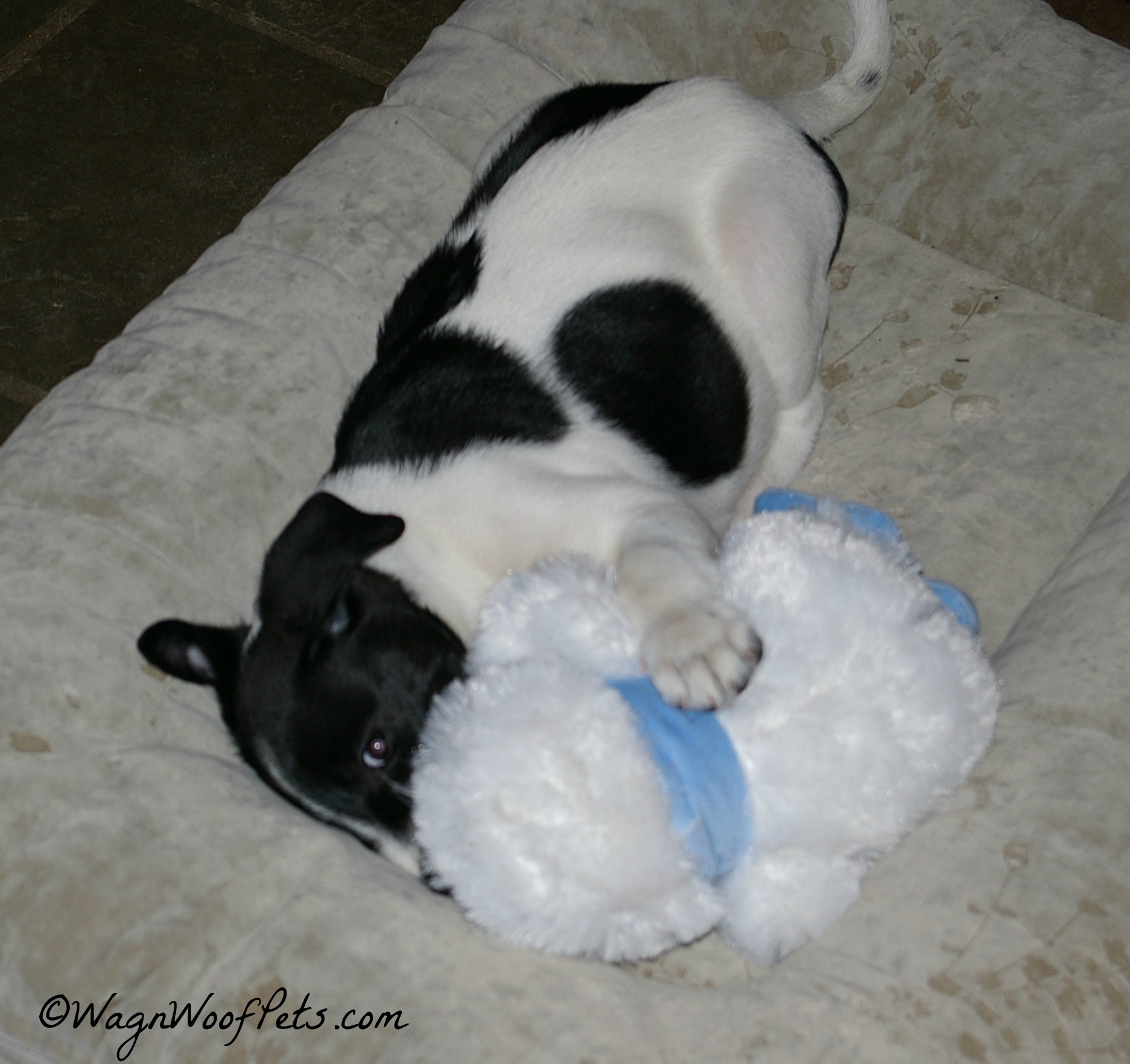 He has been sleeping in his crate in our bedroom and also has done very well with that.  We get up once in the night with him and then we’re up early in the morning.  Last night my two sisters and my brother-in-law came over to meet him and he did very well.

He plays for a while but often settles down on his own. 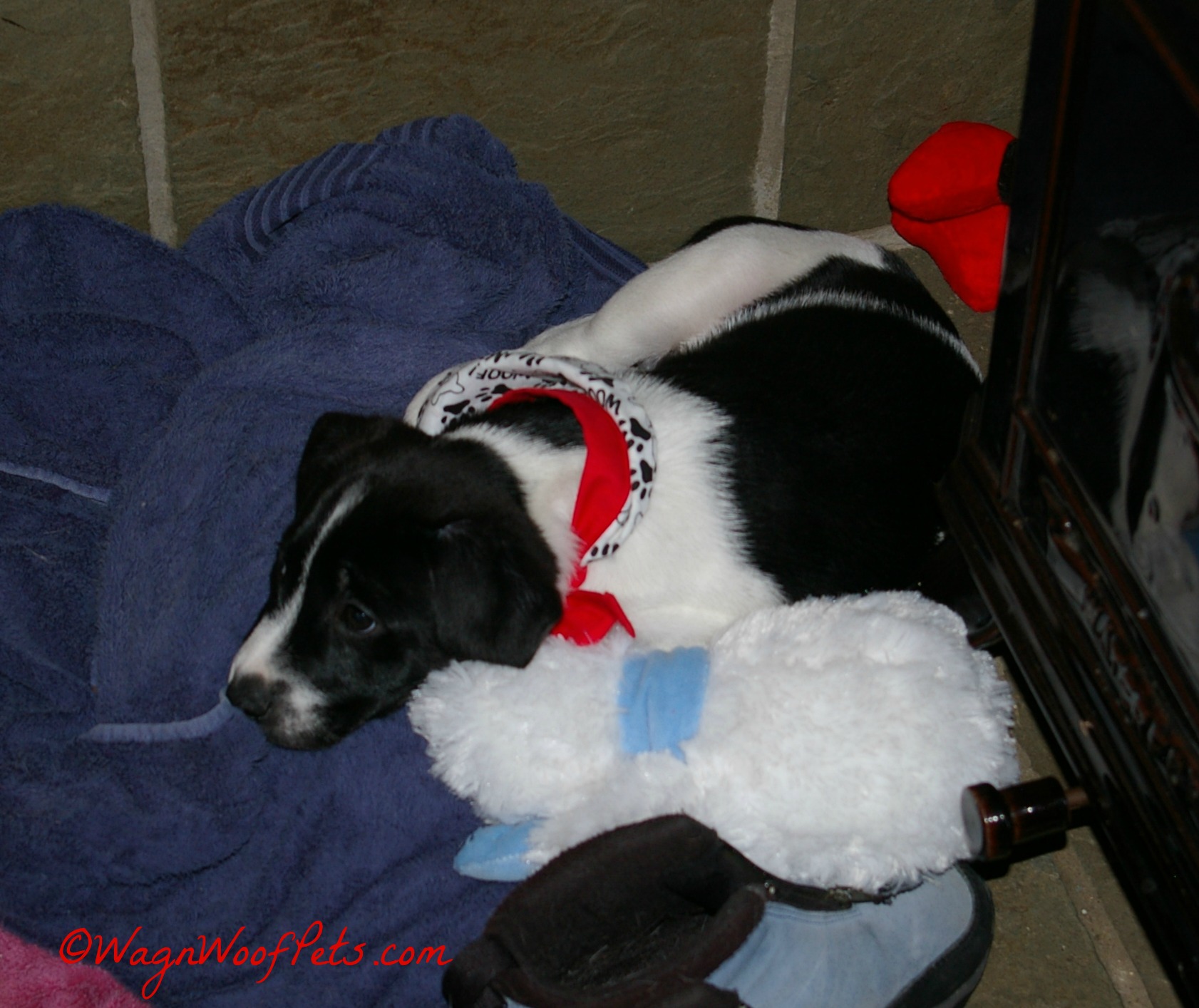 The other dogs stayed away from him completely to begin with, but little by little they are relaxing more with him.  They are all older dogs, so all that puppy energy can be overwhelming!

My hubby and I are both on vacation from work for 2 weeks to get us all through this transition period.  All of our Christmas socializing is over so for Christmas Day we should be able to just have a relaxing (well, more or less) day at home.

We hope everyone has a wonderful holiday!  I know that I’m behind on visiting everyone else’s blogs, but I decided to mostly just take the last couple of days off from it with everything else going on.  I’ll be by soon! 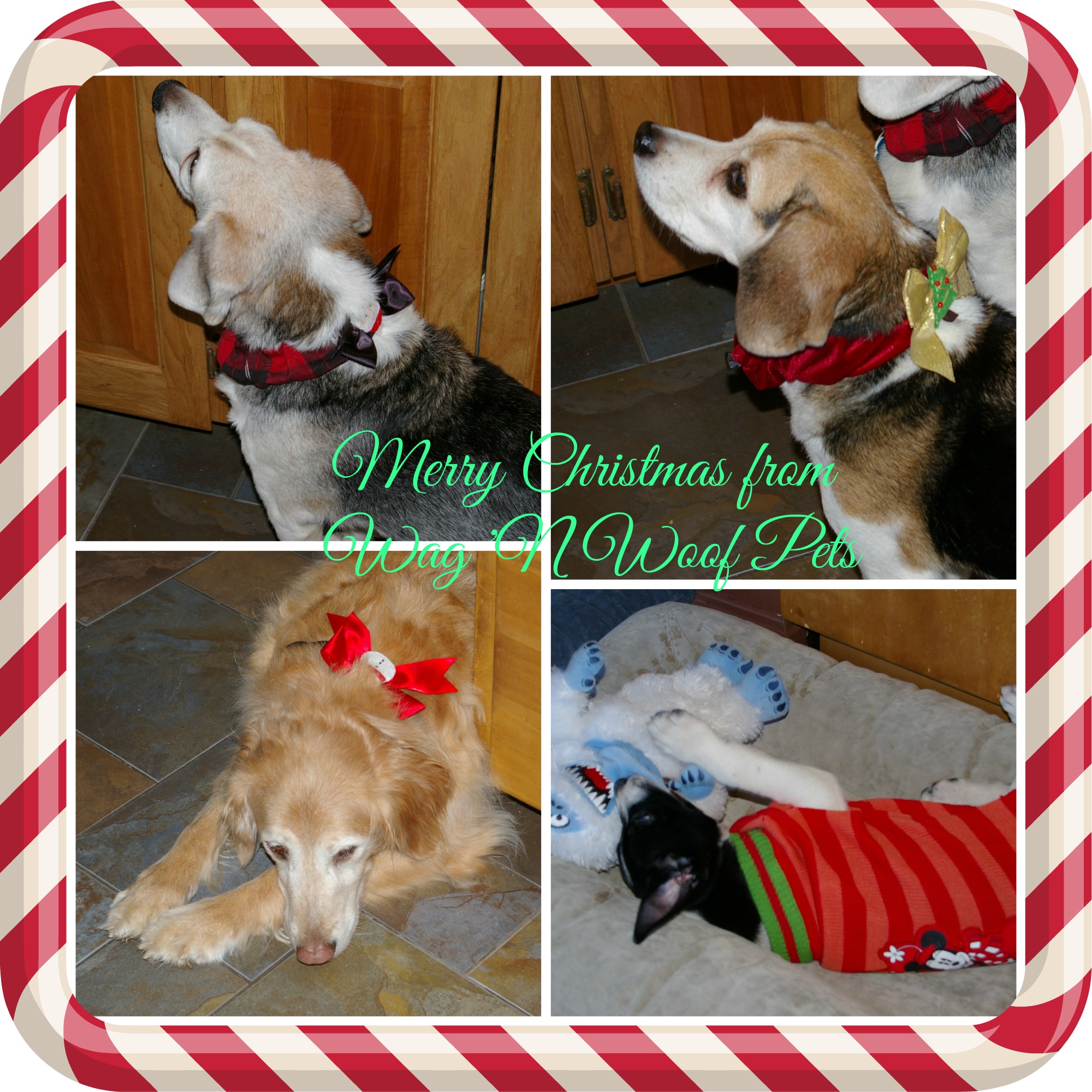