When I wrote the post “Living Each Moment to the Fullest” after Sheba’s second cancer surgery, I pulled this quote from The Dog Cancer Survival Guide: “Imagine looking back at your life, five years from now, and having not a single regret. You can help your dog fight cancer and…..you can honor your dog’s life by living each moment to the fullest, starting now.”

I’ve had lingering regrets and guilt over the losses of most of our past dogs, some more than others. I imagine many of us do; it’s human nature to second guess ourselves and believe we could have done better in retrospect. It might be truer when our pets die young, whether from a tragic accident or an untimely disease like cancer. For me, that held true for our first three dogs; I had far less regrets when we lost our beagle Kobi simply to old age.

We made a tough decision after both of Sheba’s surgeries not to pursue further treatments, other than what we could do for her at home. We even briefly considered a third surgery when her lumps returned the second time, but decided against it. We were coming into her second summer of survival. After her first surgery, it was 10 months until her lumps returned. After her second it was only five. We did the math. We also wanted her to be able to enjoy her summer of swimming and playing, which would have been shortened if she’d been recovering from yet another surgery. In addition, the second surgery had been much more extensive than the first.

I want to take this opportunity to highly recommend The Dog Cancer Survival Guide if you have a dog diagnosed with cancer, just as friends did for me. You can read my full review by clicking here, but I can tell you that book covers every aspect of this awful disease; so no matter what route you choose for your dogs’ battle, there is help in there. That book helped me so much in being comfortable with the decisions we made for Sheba. The advice in it helped me to feel I was doing something for her, even though we passed on conventional treatments (other than the surgeries). 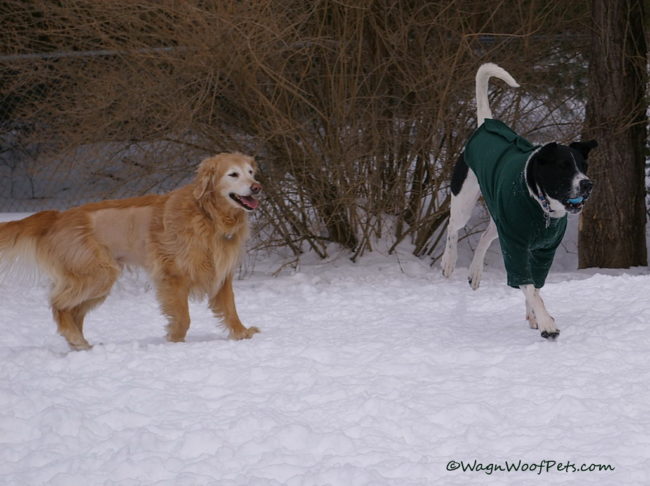 Grieving is difficult enough without the added weight of guilt. In Sheba’s case, for my hubby and me, that quote I shared above holds true and I know it will five years from now as well. We have no regrets; Sheba enjoyed her last two years even while fighting cancer. We let her go when it was time. We made the best choice we could each time; but there was no way to know then if it was truly right or not. You can’t know, at some point you have to just rely on faith.

That’s all any of us can do when faced with an illness with our pets; make the wisest choice you know how and hope and pray that it works out. I am so thankful for Sheba that it did; that she had a good quality of life for so long. That’s all our dogs would ask of us, to make the best decisions for their care as we are capable of.

Thank you to Brian’s Home for hosting the Thankful Thursday blog hop. Please visit them and other blogs through the links below.