When getting the mail at the street the other day, I was noticing the front of the house as snow was sliding off the roof. It’s getting pretty deep again this year! I wondered how it compared to last year at this time, so decided to look back and compare.

We seem to have just a little more this year! I decided to do a further comparison by checking the side of the house, in the dog yard, where we have what we dubbed last year “Snow Mountain”.

I rarely see Luke scaling that mountain, like he and and our Angel Cricket often did last year. We don’t spend as much time out in the yard, since Luke doesn’t play ball like Cricket did, walks are now our main activity. We walked twice out in snowstorms last week!

They’ve been smaller storms, but they do seem to have added up. The truth is, I’m getting a little burnt out on winter this year. We’ve skipped more days lately, not because of the snow, but because of the cold temperatures. It seems like February has been colder than usual, and even on days when it seemed to reach higher temperatures, if the sun wasn’t out, the cold just seems to go through to my bones, especially on my hands. Luke has been OK with it, but I’ve been the wimp lately! I’ve had some other stuff going on too, family things and such, that have disrupted my schedule too, but mostly it’s been that I just don’t want to go out in the cold! Luckily yesterday was warmer and the next few days look to be at least above freezing. I can deal with that!

“The Flock” doesn’t love walking in the snow, and the Dadz kindly puts straw down in their run so they don’t have to. 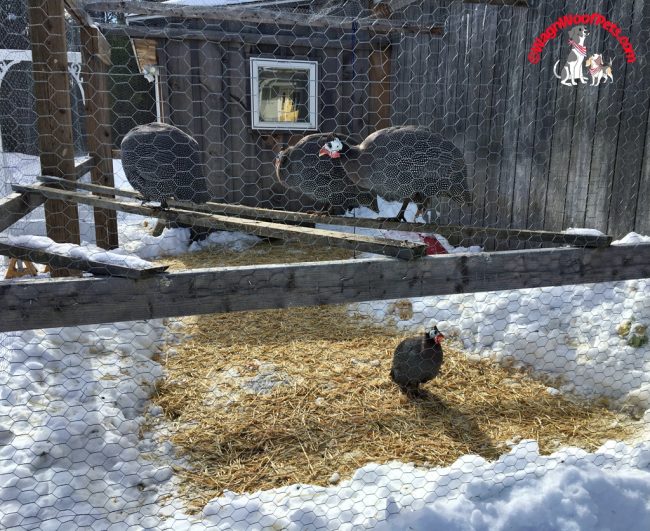 The problem is, it keeps getting covered with more snow again! They’re happier when they can sit on the porch in the sun, and though we haven’t had a lot of that lately, we have had some. 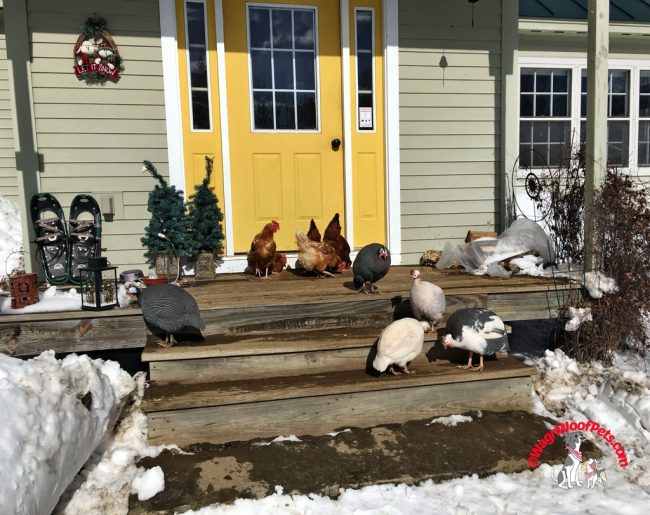 What might be a bit disheartening, however, is that when I looked at last year’s blog posts, it turned out that Snow Mountain was much higher in March than in February!

Winter is probably not done with us yet, despite what the groundhog said. If we can just keep the temperatures at least close to freezing, that would be good! We’ll try not to worry too much about the constant loss of our trails due to snowstorm after snowstorm that keep filling in our tracks!

What is Mother Nature up to in your neck of the woods for late February? Will it be an early spring?

Thank you to our friends at Living, Laughing & Barking in Our Backyard for hosting the Nature Friday hop! Please visit other blogs through the links below to enjoy more of nature’s beauty.