Long-time readers of ours know that our mostly-blind cat Samantha had her own wing of our house, where she could be safe from our dog Luke harassing her. Her wing consisted of my office downstairs, plus the two upstairs rooms that are in the old part of our house. While we miss Sam so much, we have to admit that we enjoy now having that part of the house open, with no gates to have to travel through. When we first lost Sam, Luke got to explore that part of the house (the dogs had been up there occasionally, but not very often since we moved here). Luke was timid of going up the narrow staircase at first, but he started to get braver about it. It wasn’t long after losing Sam that we got the new chicks, and the upstairs spare room has always been the easiest place to keep them, so we had to start closing doors and keeping Luke out of there again. He didn’t seem too happy about that, and once the chicks were moved to the coop, he was no longer afraid to go up the stairs. In fact, he started going up there on his own at random times.

Next thing we knew he was disappearing up there at night and early in the morning! It seems he had decided to make the bedroom up there his own. The chicks had been in the other room, but we had set up a guest bedroom not long after moving in. The previous owners had left a bed and dresser so it worked out well, and we moved other furniture in there that we had. I guess Luke has wanted his own room all along, and I’m the one who’s not happy when he goes up there instead of sleeping with us sometimes! He also tends to go up there in the morning, either after the Dadz has left for work, or when my alarm goes off. It seems as if, in typical teenager fashion, he is not ready to get up yet and finds the alarm annoying! I am missing our morning snuggles, so am kind of hoping this is just a phase. I’m also waiting for the morning that I actually have to call him down for breakfast (so far he’s showed up when he hears me up)! But in the meantime, we’ve started to call that room “Luke’s room” instead of the guest bedroom.

He would like to give you a little tour:

“These are the stairs that lead up to my room! It’s on the left. Follow me!” 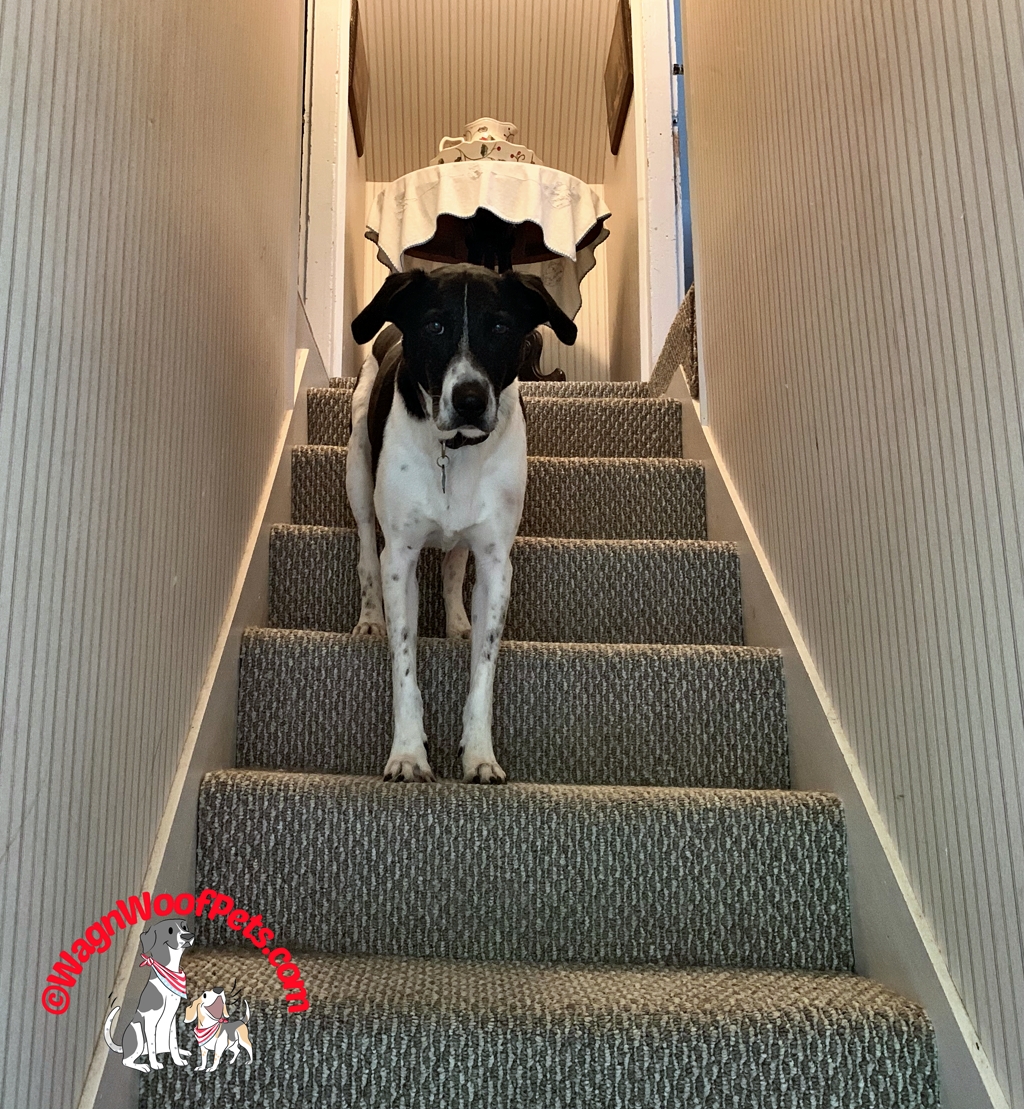 “This is my very own bed. You might notice I am a patriotic dog!”.

“I have arranged the covers and pillows just the way I like them!” 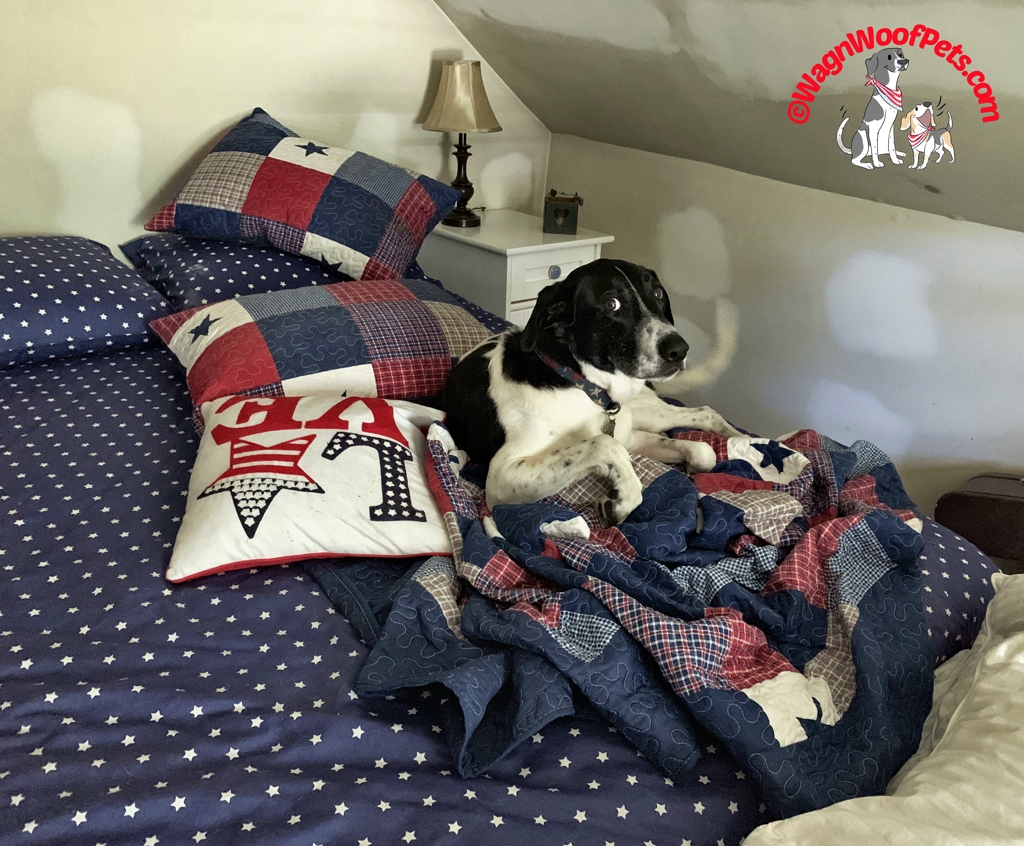 It’s a good thing that we don’t have a lot of overnight company, because I don’t think he’ll be happy about having to give up his room for them! 🙂

Do any of your pets have their own room?