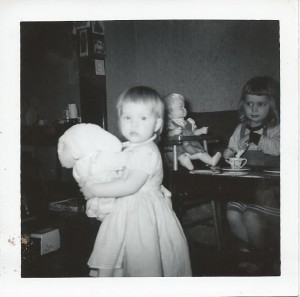 As mentioned in Part I, we did not have dogs growing up.  I did, however, have this stuffed dog named Lucy who was my absolute favorite toy.  In the first photo Lucy is pink and fluffy….and 10-15 years later she is brown and limp, with sewn on buttons for eyes and many other repairs.  I guess Lucy aged kind of like a real dog would have (only a real dog would have retained some fur!).  She “lived” a bit longer though….I had her until I 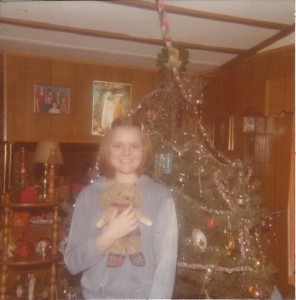 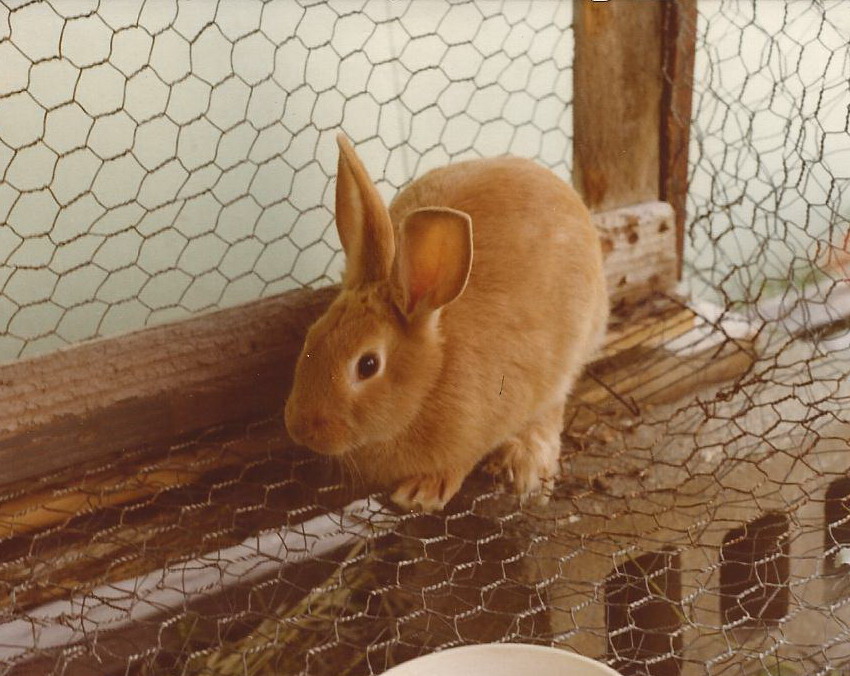 For real animals, my sister had rabbits.  Her first was a black & white named Flopsy, when we lived in Massachusetts.  Later in NH she had this brown bunny named Fluffernutter. 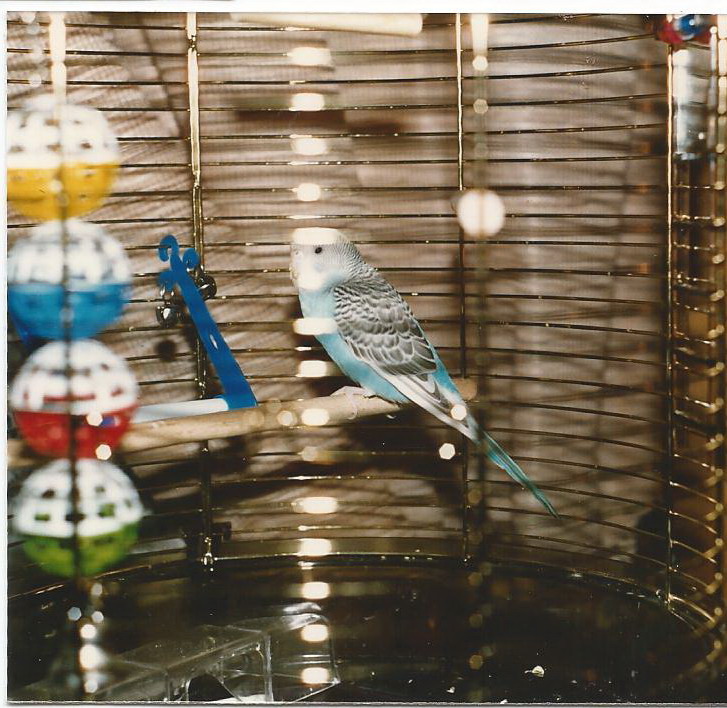 I had a green & yellow parakeet named Perky (couldn’t find a photo).  Perky was kind of a mean, ornery fellow.  We had to wear a glove to take him out of his cage as he really liked to bite….and he would muckle right a hold of an uncovered finger!  I still loved him….we had a small fire in our home right near his cage, and we thought we had lost him.  I remember my joy when the fireman came out carrying his cage and saying “someone wants to see you”!  The photo above was one of my mother’s parakeets named Lady Blue, who she had years after Perky was gone.

Please see my additional post, added on 1/3/13, Addendum to My Life of Pets in Photos II, for some additional photos and corrections to this original post!