When staying at my sister’s house this last weekend, I found this photo hanging on the wall in the guest bedroom, and wasn’t I just delighted! 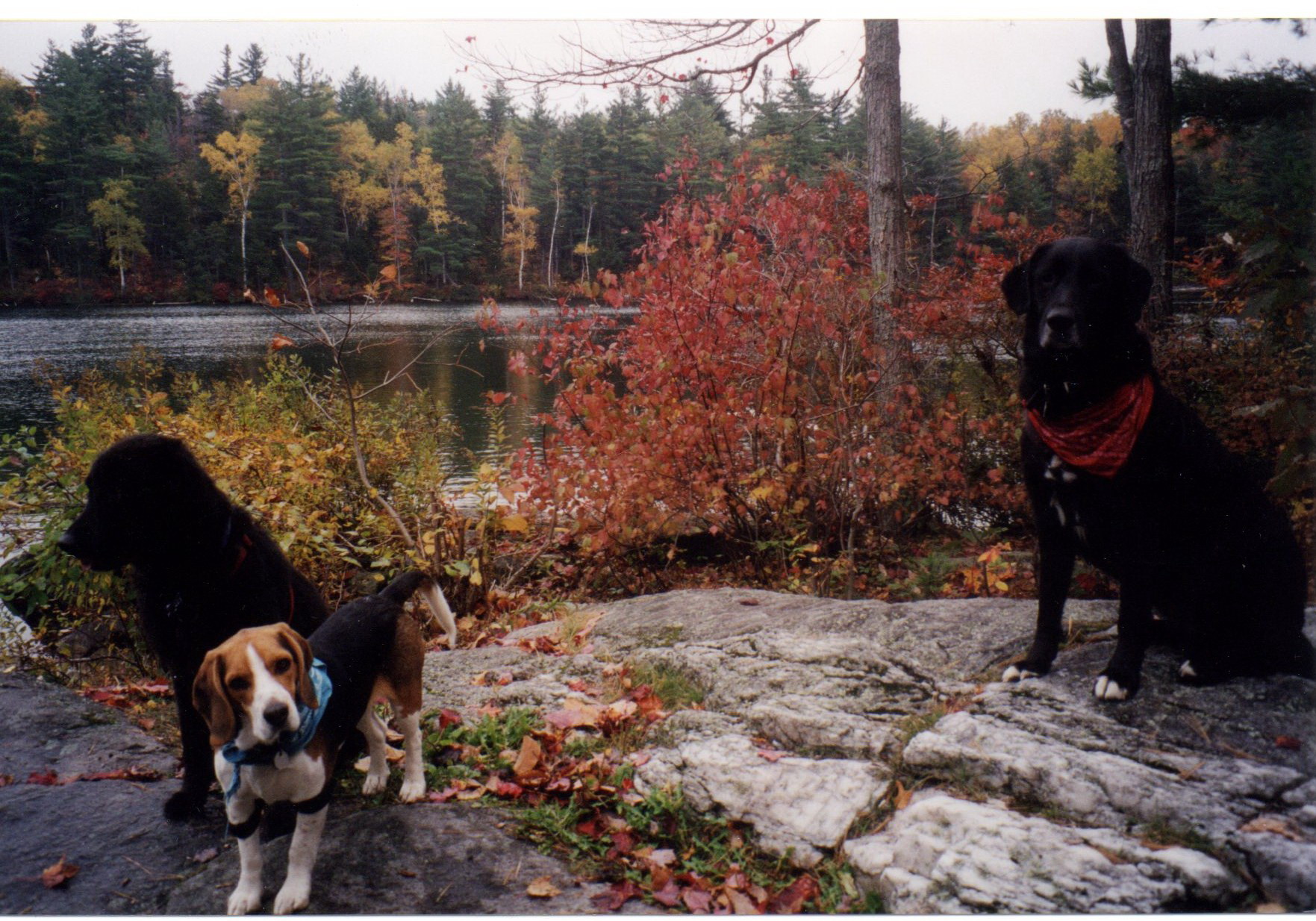 That is our Kobi in the foreground.  I just could not believe how young he looked!  To the right is his sister Maggie, and to his left Maggie’s littermate, Bear, who was my sister’s boy.  The photo was taken in late 2001, which was the year Kobi had come to live with us.  He would have been maybe a year old since it was taken in Autumn.  Maggie and Bear looked so young too, and they would have been close to 2 years old.

I didn’t remember where the photo had been taken but my sister knew it was at Cole Pond, a favorite local hiking spot.  It’s an easy hike to a beautiful pond and we used to go there quite often, but haven’t been for a while.

Also, notice the harness Kobi is wearing….one of the first types we tried to keep him from pulling (it didn’t work very well because I know several others came afterwards).  And don’t they look so sweet in their bandanas?

Thanks for finding these, Sis!  Both Maggie and Bear are gone now, and still greatly missed, so these are very special to us. 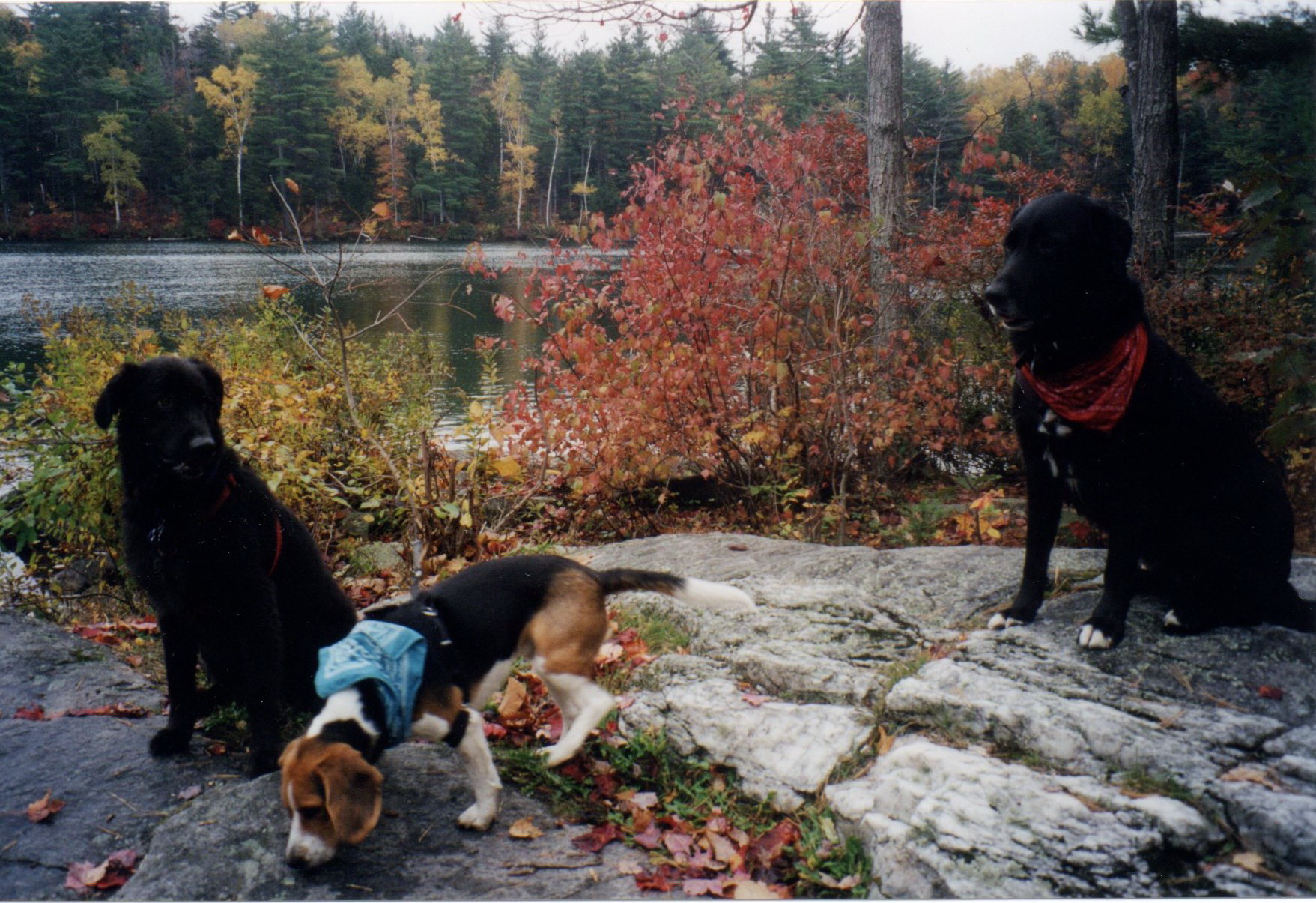