Give Cancer the Paw is a quarterly blog hop started by Jackie of Pooch Smooches and Peggy of Peggy’s Pet Place.  This hop is for sharing information, personal experiences, support, or anything else related to pet cancer.

I have written about our dog Shelby before, but this story will be about her short battle with lymphoma, as best I can remember it…..Shelby has been gone almost 15 years now, and I’m sure some of my memories are not perfect. 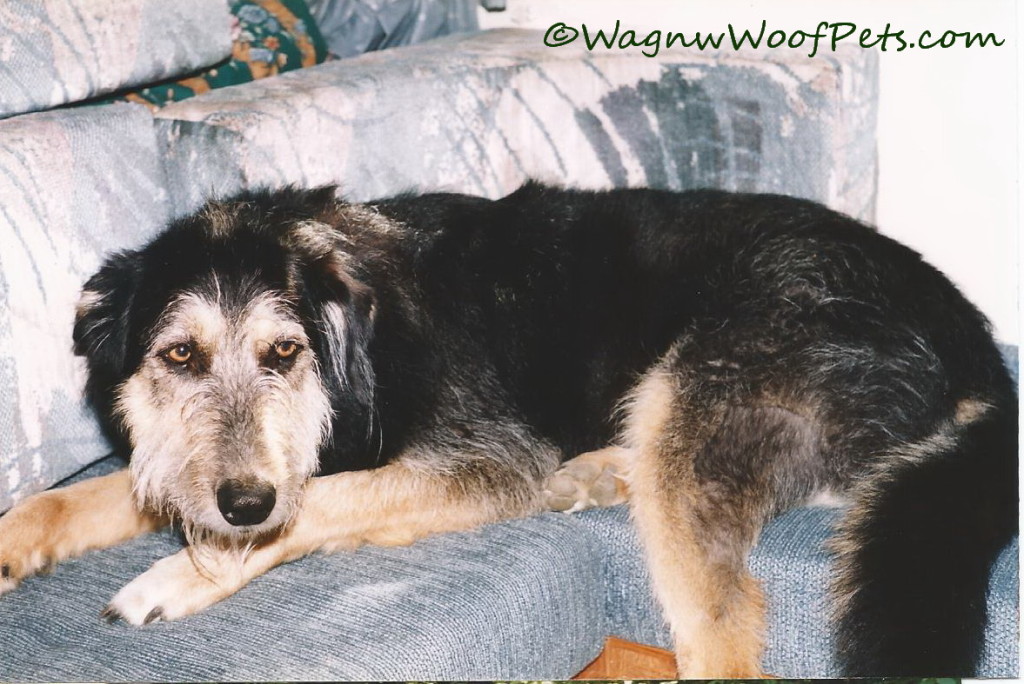 Shelby was my very first dog, and she was also the first pet that my husband and I lost to cancer.  She was a shelter dog who we adopted at about 3-4 months old.   Shelby was a good dog, and a great first dog for someone to have.  When she was just over 5 years old, I was petting her one day and felt a lump in her chest.  I immediately made a vet appointment and the news was not good.

Lymphoma (cancer of the lymphatic system) was suspected and a needle aspiration was done and sent to the lab.  The results unfortunately came back positive, and it was a particularly aggressive and fast moving strain of the disease.  As it turns out, this was in a way good news….the fast moving cancer was sometimes more responsive to treatment than other forms.

By the time the lab results came back, Shelby’s bark had already gotten rough and we knew the disease was already progressing already.  We were given different options for treatment if that was what we wanted to do.  One option involved IV treatments once a week where Shelby would have to spend time at the vet’s office receiving it.  The other involved a combination of pills and a shot once every two weeks or so.  The IV treatment was the treatment most likely to give her the most time (and was also the most expensive).  But there are no guarantees as to how much more time that would be.*  I don’t think the financial factor really affected our decision to go with the shots and pills.  Shelby hated going to the vet and we didn’t feel that she would handle having to spend extended time there well.

Once our decision was made, she was put on prednisone, and the results were almost immediate.  The swelling in her lymph nodes went down very quickly, and her bark got back to normal.  I should also mention that when she was first diagnosed, other than the swollen lymph nodes, and the barking, she did not feel any ill effects from the cancer.  After a certain amount of time, another drug called Cytoxan was added to the prednisone. 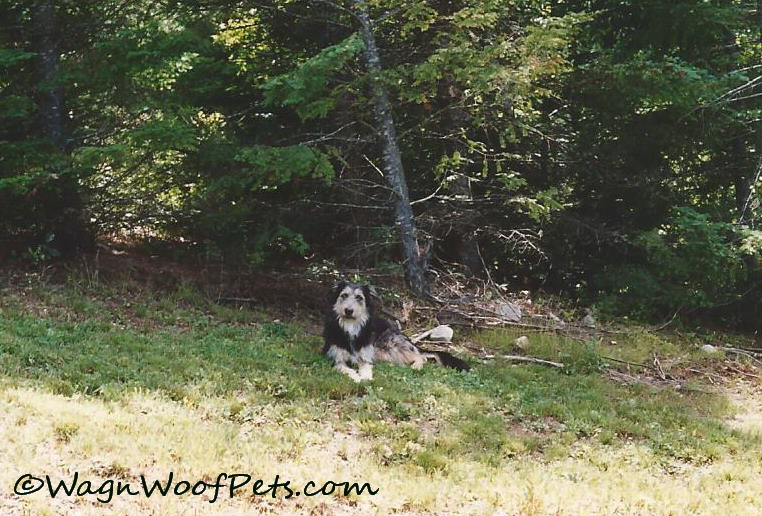 As I recall, one of the drugs was going to make Shelby need to pee more often.  My husband and I both worked 8 hours a day, and we were lucky that we had an elderly neighbor who was willing to help us by coming and letting Shelby out during the day.  I believe we also had to have periodic blood tests to monitor for other side effects.  I honestly do not remember what the name of the drug was that she had to go to the vet’s office to get a shot for, but that was also added in at some point.

Shelby seemed to feel great for 2-3 months and even though it was a bit stressful for us with worrying about her and monitoring everything, her quality of life was excellent.  We went hiking during that time; Shelby loved the outdoors and hiking.

Eventually we noticed the lymph nodes swelling again.  It happened very fast.  It was like when the cancer came out of remission, it came back with a vengeance.  I’d say within a week she started to not feel well and lose her appetite.  Of course, this happened at a time when my hubby and I were set to go away for the weekend with my family, a trip that had been planned for quite some time.  I left with my family, and he took Shelby to the vet with the plan of joining us later.  At the vet’s office they gave her another kind of treatment which they felt confident would help, and we left her in the care of our neighbor.

I will never forget that Sunday morning at our condo when our neighbor called.  It was dark and pouring rain, almost a harbinger of what was to come.   Our neighbor told us we needed to get home because Shelby needed us.  It was an endless drive home (really just over 2 hours), and when we arrived home, she had already passed away.  We were devastated and heartbroken. 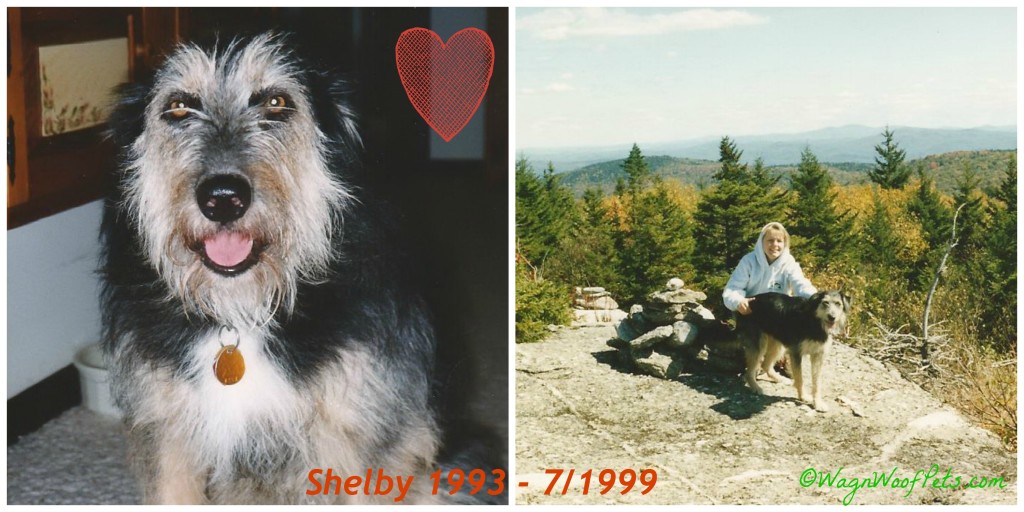 There are some very important things that I took out of this experience.  We never regretted the decisions we made for Shelby as far as her treatment went….she had a good quality of life right up until that last week.  I still live with the guilt of not being there for her when she died.  We honestly had felt reassured by the vet that she was going to be okay.  They were shocked when they found out she had died.  We think it’s possible the cancer had spread further than we all realized.  My family tells me that Shelby knew it was her time to go, and she wanted to spare us the agonizing decision of when that might happen.  I suppose if we had been home we would have rushed her to the vet and maybe we would have tried to save her with more treatments that just weren’t going to work.  We’ll never know for sure, but that thought is the only one that makes me able to forgive myself just a bit.

I like to think that very often in life something good comes out of something bad.  When we first had Shelby, I was a very strict new dog parent.  Shelby was not allowed on the furniture, and there were many other rules and regulations.  When she was diagnosed with cancer, all of those rules went out the window.  She had free run of the house, and she was spoiled rotten from that time on…..as is every dog we have had since.  She paved the way, and she is the dog that made me fall completely in love with dogs.  Her time with us was too short, but it was a wonderful time.

*My limited research turned up the fact that some of the treatment protocols for lymphoma might still be the same.  I’ve read some personal cases though where the prognosis for lymphoma may be better than it was 15 years ago….I certainly hope so!*