When this month’s theme of “Training Goals” was discussed with my co-hosts in January, I felt like a deer in the headlights. I hadn’t set any training goals for this year! However, no one could argue that this wasn’t the obvious theme for our first hop of the year, so of course I agreed. Then I kind of put it out of my mind, since I’ve been preoccupied with just getting through this crazy winter, job-hunting and now learning a new job, and other annoying nonsense. 😊

As often happens when planning a blog post, the answers will suddenly come to me, usually as I’m lying in bed first thing in the morning, waking up with a cup of coffee next to me, catching up on my iPhone notifications, and snuggling with Luke. Thank goodness for my “notes” app on my phone, where I can start jotting ideas down.

Sometimes I get frustrated with a lack of progress with Luke’s reactivity. Going into this new year, however, we’ve been having success with using his crate as a safe space when people come over. We’ve been continuing to practice and make progress and that is something I want to continue to work on. We just had a good experience recently, with Luke settling down in the crate after some initial barking and growling at my old neighbor who is also a bookkeeping client; he tends to talk a lot and talk with his hands as well. However, by the time he left, Luke was lying down calmly in his crate. 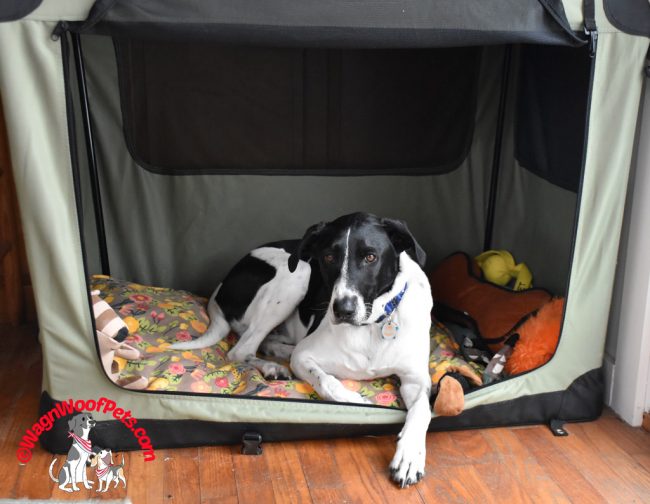 I’ve had other good opportunities to work with Luke on that lately, especially when I know people are coming over, so I can get him settled in the crate before they drive in. If they drive in and he sees them, it is then virtually impossible to get him into the crate, even with bribery. We had already worked on this using his mat, so I know now our next step will be getting him to go in the crate on command (which we pretty much have down already), and then progressing that to doing so when there is a distraction.

Goal #1 planned! I like to do a variety of training, not just ones that are necessary for Luke’s own good, but some that are just for fun as well such as canine sports and tricks. I came up with a list that has some of each on it, and that gives us a good place to start the year:

I’ve been distracted with all the stuff I mentioned in the first paragraph, but those things should hopefully all settle down soon, and I want to get started on some of this. I think the nails and crate can be something we can do almost daily that won’t take a lot of time, and then I think we can start working on something fun soon. It will probably be the trick since tracking will be easier to start in spring or summer. I hope by the end of the year I’ll be able to report more success in at least a few of these. That is one reason I love being a part of this blog hop, it helps to motivate me and gives me a chance to share some progress reports along the way. 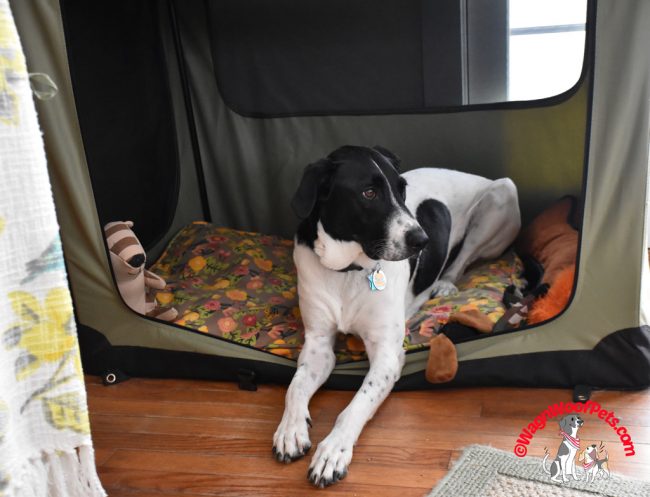 What are some of your training goals for the year? Please share in the comments below, we’d love to hear them!