Since we can’t do much about all the snow we’ve been accumulating in the last two weeks, we might as well make the best of it, and enjoy some of the interesting scenes it has created around here!

It was funny how the snow and our barberry bush created this little fort: 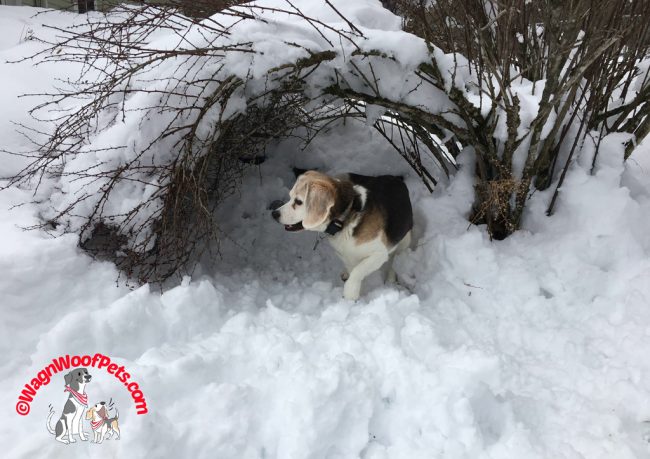 Cricket found a ball in there (you can see it right behind her nose). If it had not been in the fort, we wouldn’t have probably seen that ball again for a long time!

Snow Mountain has been getting bigger and bigger. After our larger storm last week, no one had even ventured up there yet. 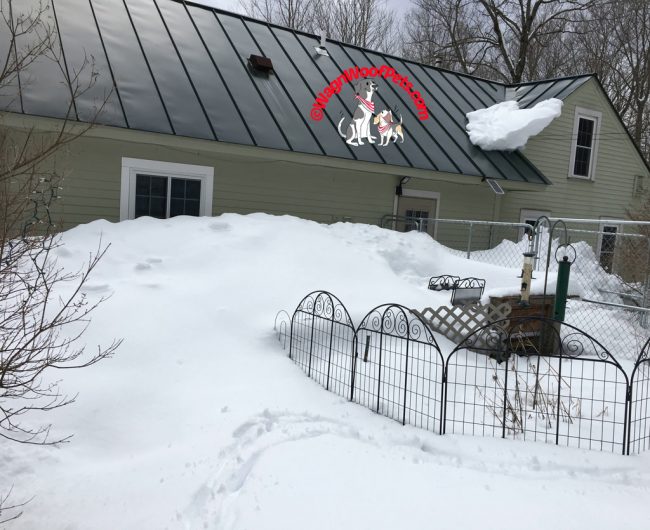 However, the other day, our intrepid beagle did. 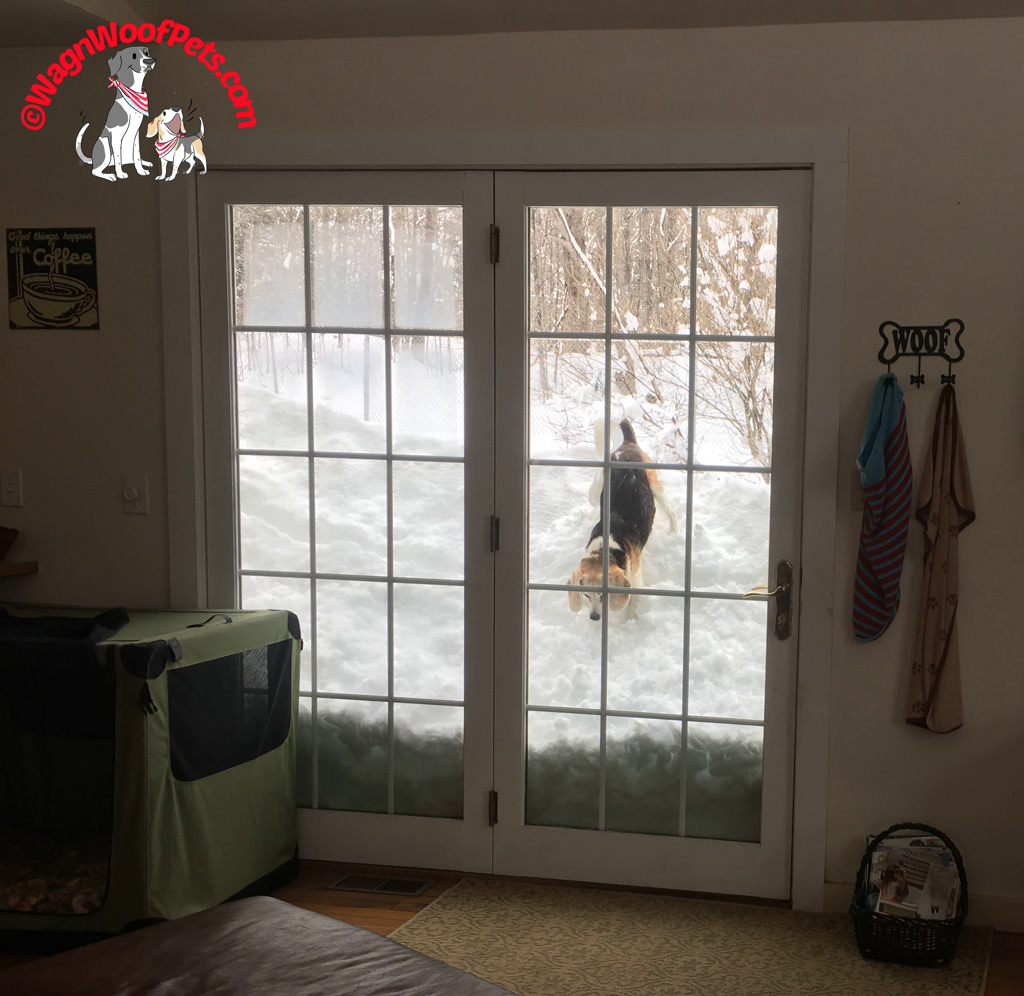 She thought she was going to come in that door, even as I’m yelling at her through it, “no, no, go around, you can’t come in that way!”. Well, you know how our beagle is (see “The Sheer Determination of a Beagle”). I envisioned several feet of snow cascading into our living room, but she would not listen to me. Then, our poor little girl slipped and slid right into the door, and her face was pressed sideways against it! She was definitely stuck and I feared she was hurt! We had to open the door, but surprisingly, mostly only an uninjured beagle came in, and just a little bit of snow.

Last but not least…..yes, those are robins sitting in our apple tree in the middle of a snowstorm! 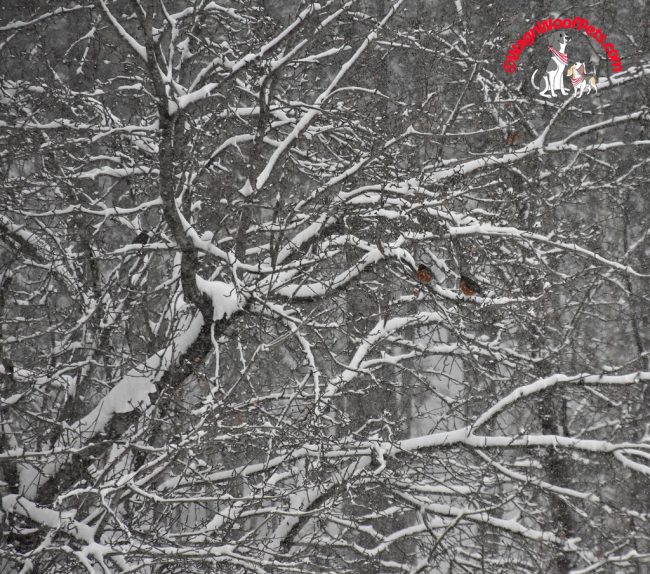 Has the snow brought any crazy scenes to your neck of the woods, if you even have any? (If you don’t, we have plenty to spare!)