As I was in the bathroom getting ready for bed Saturday night, suddenly barking broke out in the bedroom.  Since the bedroom is upstairs, usually when barking starts it’s because of something the dogs heard (the cats, the wind, the snowplow going by….).

This time it was something Luke saw, something different…… 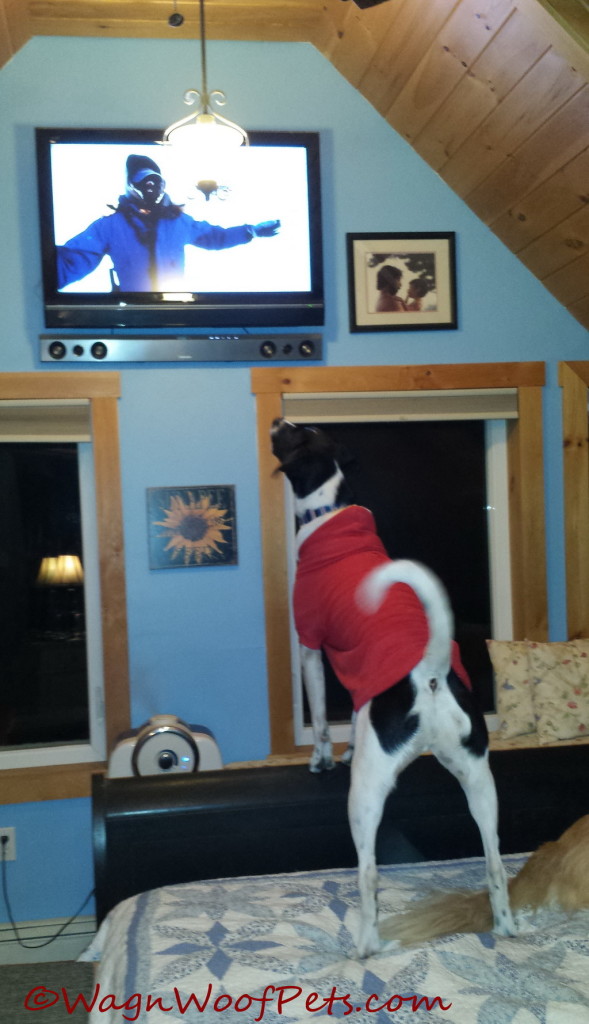 You can’t necessarily tell that he’s barking in these photos, but he sure was!  It wasn’t at that man you see there either, whatever it was, it was gone by the time I got in there.

We often see Luke watching TV, but he doesn’t frequently bark at it.  My hubby was in the bedroom so I asked him what Luke had seen on the TV that started him barking.  It was a Polar bear!  Well, at least that was something different, and definitely bark-worthy. 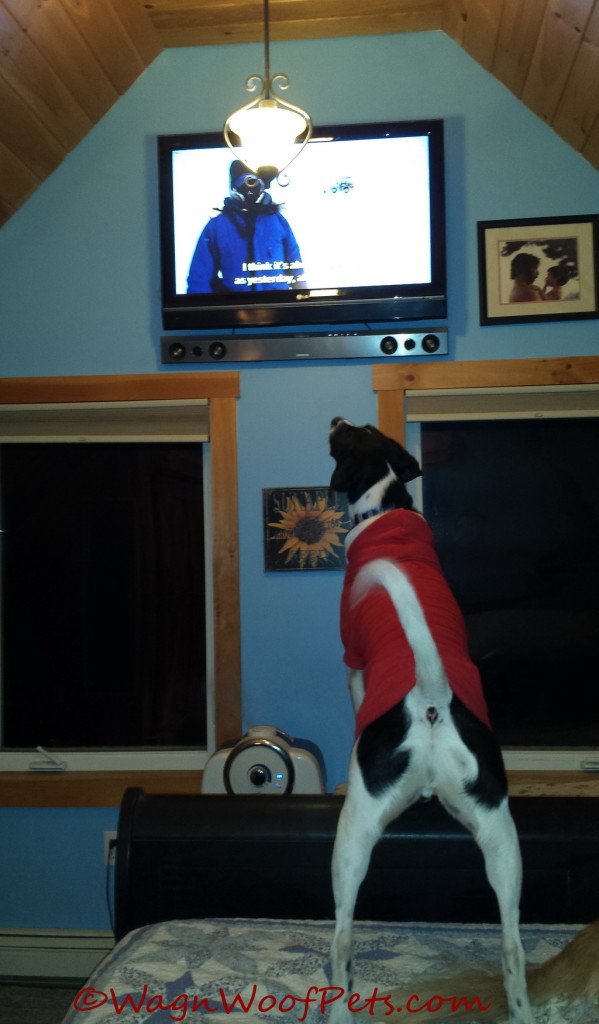 Our only other dog that watched TV was our Lab mix Maggie, so I wonder if it’s a Lab thing.  Do your dogs watch TV?  If so, what do they see that will make them bark?