When we last left off, I was training Luke on having his paws handled so that I could trim his nails.  We were also working on “roll over” and that wasn’t going so well.  I tried moving the “roll over” training to our bed, so that maybe he’d feel more comfortable rolling over, but that didn’t help.  I decided to set that aside for now and work on something else.  I had originally decided against training him to do anything involving paws, because he has not been comfortable with having his paws handled.  However, since we’ve been working on that and it’s going well I decided to try “high five”.

Per instructions I read online, I was to hold a treat in my fist, hold my hand up, and get him to try and get at it with his paws.  Guess what?  He nosed my hand over and over but not once did he try to get it with his paws!  So I switched it up and instead of doing just that, I told him to “give paw”, which we had learned, and when he pawed at my hand I clicked and treated.  Once he had that down, I put the treat in my other hand and gave him the palm of my hand instead, and started adding the command “high 5”.  It took him literally only minutes to figure it out, and I was able to stop using the clicker in no time. 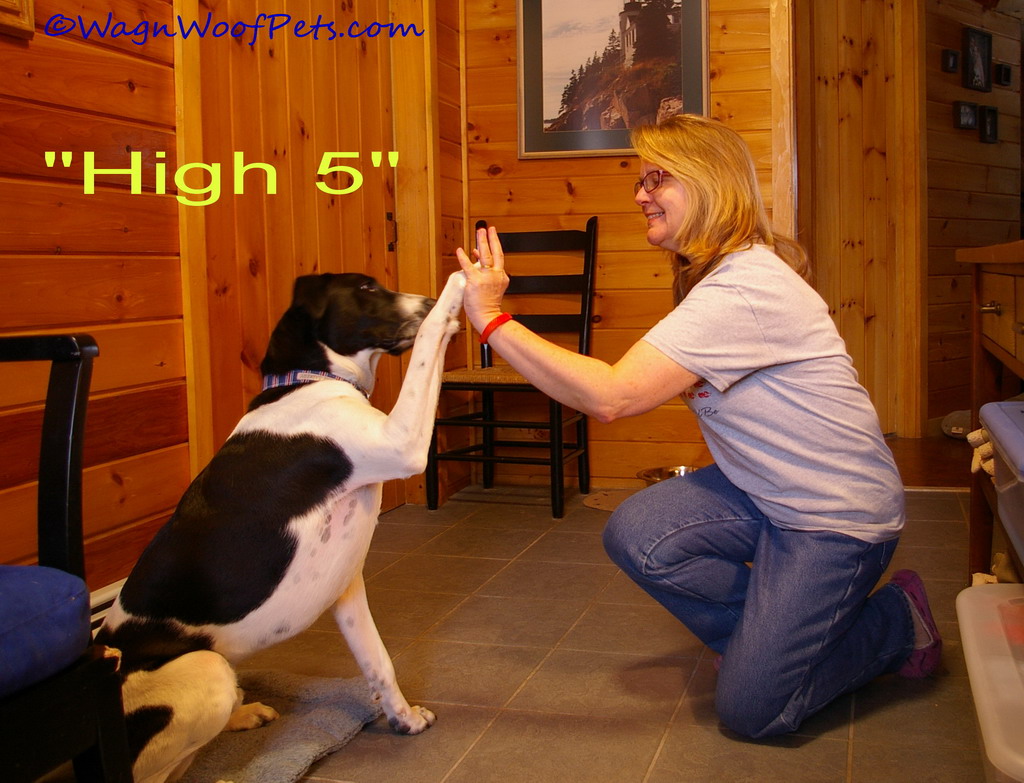 The next time I wanted to get him to use his other paw, which was a little trickier.  We had been working on “other paw” some when doing his paw handling, and I sometimes had to tap the back of his leg to remind him, but he got that down pretty quickly too.  Occasionally he wouldn’t get it, and he would just start throwing all of his paws up so that’s when I decided that next we would train “all ten”.  We’re just starting to get that too!  He still needs some more work, but I really am excited at how quickly he’s been catching on.  It more than makes up for our lack of success at “roll over”. 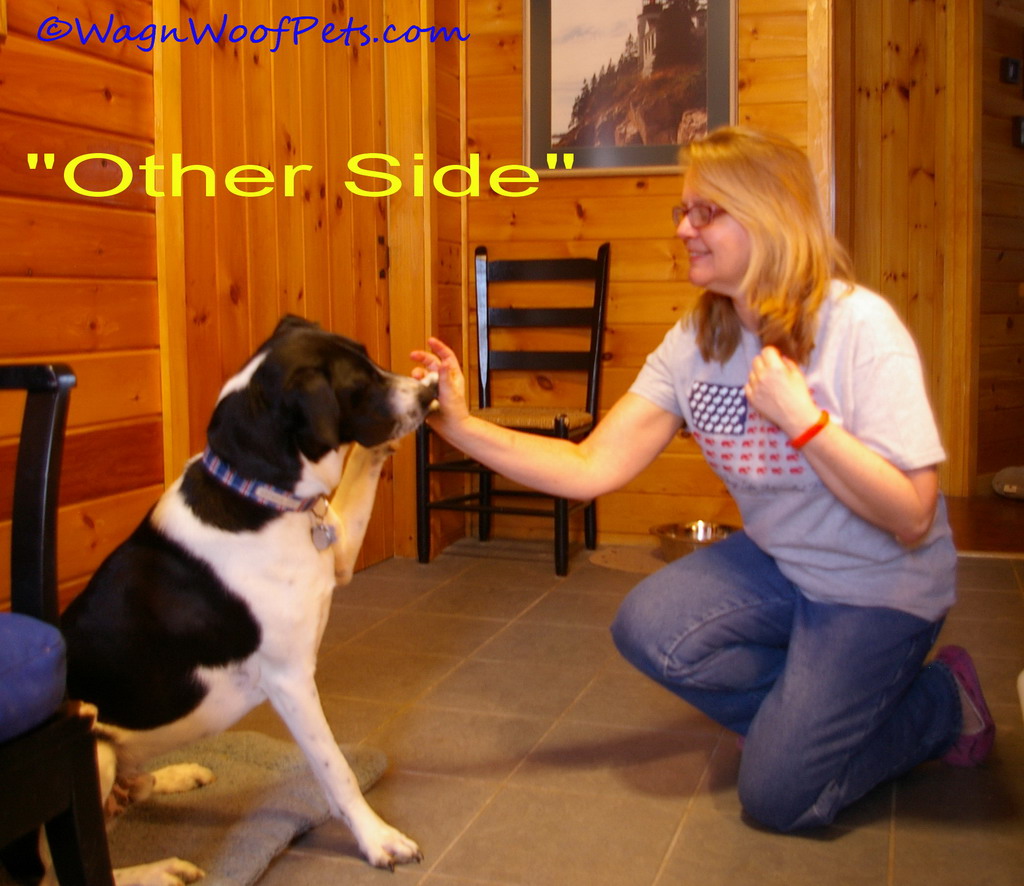 I decided to make a little video so he could show off!  He was a bit distracted in the beginning, I think because my hubby was there taking the video.  Later in the clip you’ll see another distraction for him as well.

The video is edited some, so you only see one of the times he was totally screwing up!  One thing that is so cute about him is that when he gets a little frustrated, and is not comprehending what I want, he has a “go to move”.  He’ll kiss me!  He knows what will make his Mom happy.  I’m really proud of how he did here, especially in light of the distraction he had towards the end!  Neither my hubby or I saw Sam, though I did see Luke keep looking behind me, and I did ask my hubby at one point if she was out there, because I knew she had been in the other room earlier.

We’re happy to be joining Positive Reinforcement Pet Training Week.  It begins on the first Monday of every month and runs all week long.  It is hosted by Cascadian Nomads, Tenacious Little Terrier, and Rubicon Days.  Please visit our hosts as well as other blogs through the links below for more positive pet training tips.