You will have to excuse the pun!  Here is one of my pet peeves to do with pets:  People who do not commit to getting a pet, and give up their pets to shelters for what I see as stupid or selfish reasons.   When we bring animals into our homes, they should become family members.  We would not send back an elderly parent or a child because we just didn’t have time for them.  Or we needed to move to a new place that wouldn’t accept them.

I’m sure shelter workers have probably heard it all.  I could not imagine any reason in the world that I would give up my pets.  If I had to move, it would be only to a place that would take my pets.  If I thought I was too busy for my pets, and believe me, with 6 of them, sometimes I do feel overwhelmed; then I would adjust something else in my life to accommodate them.  If there are behavior problems, I would reach out for help to solve them.  If there are expensive medical issues, I would find a way to pay for them. When we got each one of our pets, we made a commitment to them for life.  They are a family member that cannot just be put aside.

I do understand there can be reasons that people are forced to give up pets….illnesses, death, financial straits.  Perhaps you brought home a new pet that didn’t get along with your current pets.  Maybe you are forced to move and just cannot find a place that will take your pets (though I feel that there must be something out there if you are looking hard enough).  But let’s just say something does come along, that forces you to give up your pet.  Wouldn’t you first try to find a friend or family member who might take your pet in, instead of bringing it to a cold shelter where they are left alone in a cage?  Don’t we owe our pets at least that much? I am not down on shelters here…..most of them do the best they can, but even they know it is just not the same as being in a warm home with constant human companionship and more attention.  And you’d better be darn well sure that the shelter you choose is a “no-kill” or you are potentially giving your pet up to something you don’t even want to think about.

We got our beagle Kobi from family who were in a difficult situation.  Both parents worked full time professional jobs, and they had four growing boys who were getting involved in more and more school activities.  They felt that they just didn’t have the time to give Kobi the attention he needed.  They had tried to find a new home for him to no avail.  We had gone down to visit the family for a holiday, and it occurred to my sister-in-law that she hadn’t thought to ask us!  We had had our dog Maggie for about a year, and maybe we would consider taking Kobi?  She was about to give up when the idea of giving him to us occurred to her that day.  But, what she told me was, they had decided they would keep Kobi rather than give him up to any strangers (I doubt a shelter even occurred to her).  If we couldn’t take him, then they were going to keep him, and do the best they could.  She kept after me that day, like, well, a “dog with a bone”!  We promised we would consider it when we left, and by the time we got home that night we were on the phone with our answer.  As long as it was OK with Maggie, we would take him!  It turned out wonderful for us, but I know the day they brought him up here to meet Maggie, and saw that she and Kobi hit it off, was heart wrenching for their whole family.  They loved Kobi, and they did what was best for him, as much as it hurt them to leave him. 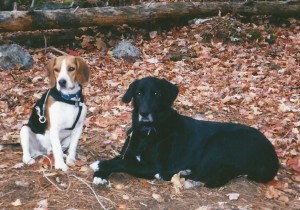 I guess my point really is that if you have to let a pet go, I personally only find that acceptable if you are doing what is best for the pet, not for yourself.  It should break your heart to have to let that family member go.  If you are totally committed to that pet, then you would not be emotionally able to leave it at a shelter, except under the direst of circumstances.

I also realize there are far worse ways to let your pets go, then leaving them at a shelter.  I don’t even want to go there right now…..people who dump their animals on the side of the road are far worse than just a pet peeve to me.  Or people who move and just leave their animals behind in an empty home.  That just makes me sick to my stomach.  That is another whole subject about animal cruelty.

I know I am a person that others might consider over the top about my pets.  I also know there are people who are even more over the top than I am, and those that are less.  But this is the reason shelters put out reminders every Christmas and every Easter season…..don’t get a pet unless you are committed to having a pet. That is why applications need to be filled out with both shelters and rescues. Don’t give a pet as a gift, unless you are 100% sure that person wants that gift (and they might want to pick out their own anyway).  It wasn’t always this way, and I know it still isn’t to some people; but pets should become a member of your family, and be treated as nothing less.