Back in October our friend Sue from the Talking Dogs Blog  shared a Throwback Thursday post titled “The Rhyme and Reason of Dog Names at Talking Dogs”. Her post talked about the dogs in her life and how she came up with their names. I thought it was such a fun idea, and wanted to do the same thing.

Some people wait until the dog joins their family, and they observe their personality before giving them a name (or re-naming them if they’re from a rescue or shelter). We’ve always liked to have names chosen either before or as soon as they come home with us. Somehow I think they end up suiting their names either way.

I didn’t have dogs in my life until I was well into adulthood, married and in our own home. Our first dog was a mutt we named “Shelby”. Shelby was an older puppy from our local shelter (if she had a name there I don’t remember what it was). Since both my hubby and I have been lifelong fans of Ford Mustangs (a Shelby Cobra was one of their fancier models), that one came to my hubby and was perfect for us.

After Shelby was gone we got our first young puppy. At that time, as best I remember, I perused the internet for popular dog names and we hit on “Maggie” which appealed to us and seemed to fit our little black Lab mix. We often called her “Maggie May” and if you don’t get that reference, you’re much younger than I am and we’ll leave it at that.

We had Maggie for about a year when family was looking to re-home their year old beagle. The kids there had named him “Kobi” and we saw no reason to change that. We had met Kobi the previous Christmas as a puppy and he was the star of that party, so we already knew him well with that name. Many people want to spell it “Kobe” but he was always Kobi with an “i”. If they ever told us the origin of that name, I don’t remember.

When we lost Maggie suddenly, we were scrambling to find another beagle to keep Kobi company. We found a beagle puppy, and my hubby had his heart set on naming her “Cricket” after a beagle his father had long before he was born. My hubby grew up hearing stories of what a wonderful rabbit hunting dog that Cricket was. Our Cricket had also been bred to be a hunting dog. Though we never pursued that for her, she would have been quite the rabbit hunter too we think. 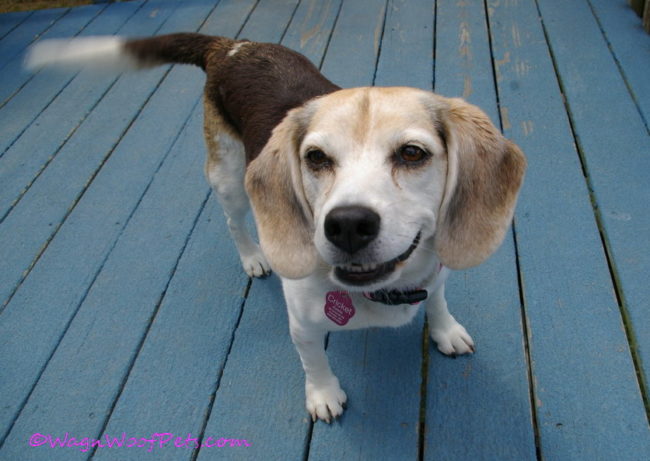 Next to join our lives, not long after Cricket, were our two golden retrievers. We originally only planned to get one golden, a female, from a friend’s litter, but a male stole our hearts when visiting those puppies. When discussing whether or not to get two, I said it would feel right if we could name the male “Moses”, after our old neighbor/landlords’ chocolate Lab, Moses. That Lab was the first dog that made me fall in love with dogs; I had been a lifelong cat lover only up until I met him. You can read that full story in my post, “A Spiritual Awakening of Sorts” one of my favorite stories to tell. I’ve always felt that the original Moses literally changed my life by turning me into a dog lover.

Since Moses had a biblical name, I wanted one for the female as well, and we chose “Sheba“, even though in the bible, it is the “Queen of Sheba” (1 Kings 10). Our Sheba’s AKC registered name is “Her Highness Queen Sheba.” Since we also call Cricket the “princess”, they go along well! Sheba is certainly treated like a queen too.

When we decided to rescue a Lab mix puppy three Christmases ago, the one we chose was in a large litter of rescued puppies born just before Halloween, so he came to us with the name “Goblin”. Following along with the previous theme, I came up with another biblical name “Luke”.  It’s always been a favorite name of mine anyway, and if we’d had human children it was my first choice of name for a boy. My sisters and girlfriends often question if I named him after the country singer Luke Bryan, who I love, but trust me, my hubby never would have gone along with that! 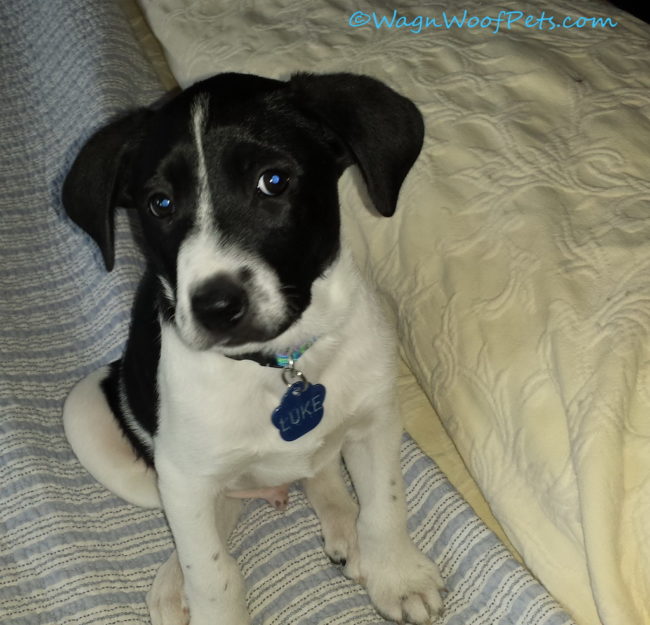 I think I often tend to lean more towards human names, since the pets in my life are equally as important as the humans. Our last three cats were Samantha, Conrad, and Katie. I’d like to do this same post for all the cats in our life, but cats are a much longer list, so I’ll have to save that for another day!

Is there a story behind your dog’s name?