This week’s #PetPhotographyChallenge of “Thirsty?” is a technical one. I almost went with some older fun photos for this one too, but decided to at least give it a try on a new one. I’ll share the old photos at the end as well.

Getting your pet to drink when you want them to can be tough! The recommendation was to try this after a good long play time, or after some dry treats. I decided to use a trick I’ve used before to get Luke to drink, and that’s to put ice cubes in the water. I think the idea is to capture your dog’s tongue lapping up the water, and to freeze some of the droplets and their tongue in motion.

Luke doesn’t drink water like a normal dog. He often doesn’t really use his tongue. His preference is to stick his whole snout in the water, then pick his head up, swallow, and dribble back out whatever he doesn’t need (sometimes on us if we happen to be nearby!). It’s a messy endeavor, but we’ve learned to live with it, and he does sometimes drink normally. Adding the ice cubes to the water only increased the mess!

You need a fast shutter speed to see the droplets of water and freeze the action of their tongue. Our main water dish sits in a rather dark area, and fast shutter speeds don’t let in a lot of light. Even with a wider open lens I couldn’t get enough. I also thought putting their dish in the sunlight might add some more sparkle to the water droplets. Moving the water dish means they’re not as likely to drink out of it, so that’s why I thought adding the ice cube might work. The problem is Luke is really good at bobbing for ice cubes, and he was faster at getting it out there than I was at taking the shot!

I didn’t have a lot of luck with him at first, so I thought we’d give Cricket a try. For her, an ice cube wasn’t going to work, but I thought maybe floating a treat in the water might. Here’s how that went:

OK then, back to Luke! We had a little more success the second time around. I had hoped to get more of the water coming out of his mouth, but those shots just didn’t come out clear enough. 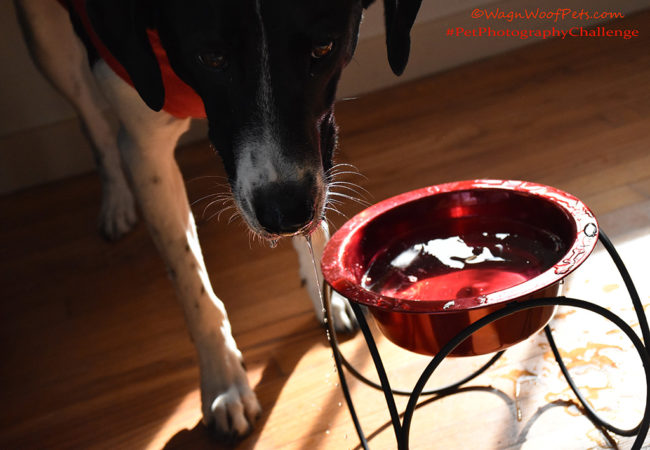 I also liked this shot, since you can see the sparkles of water in his whiskers: 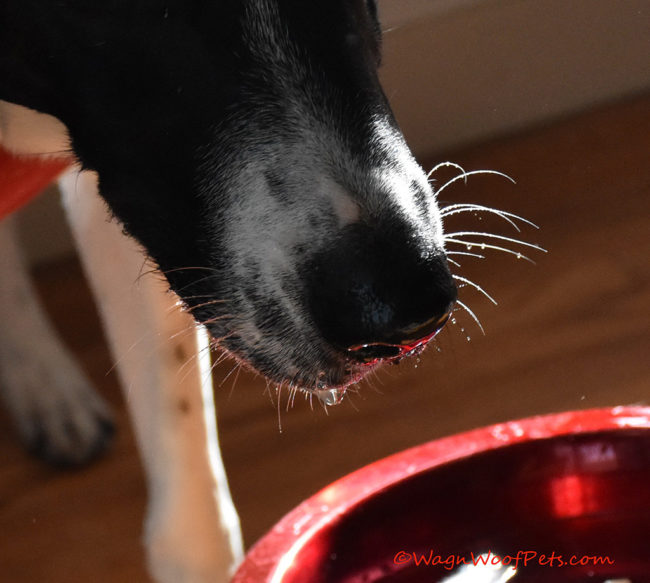 This challenge might have been easier to do in the spring or summer, because we can have lots of fun with water then! Here’s a couple from last May. Luke loves to play with the hose. 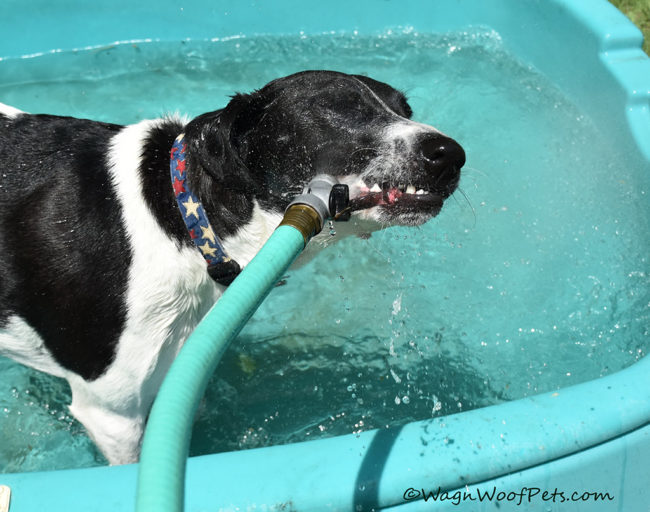 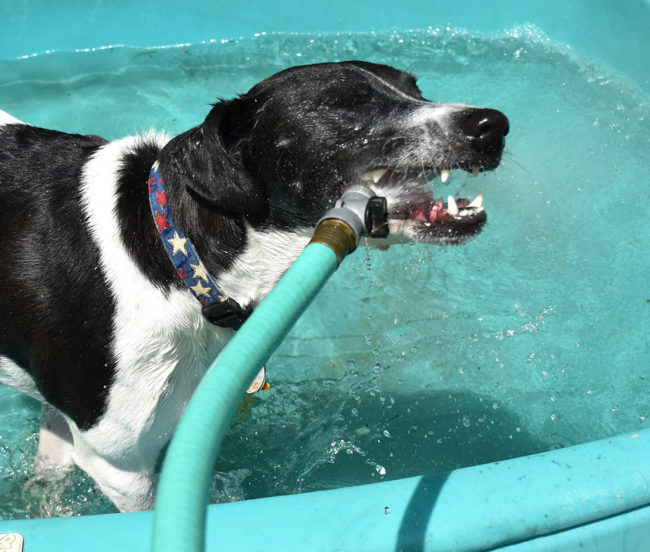 Have a great weekend, and keep hoping for Spring!