Many thanks to our special Halloween blog hop hosts:  2 Brown Dawgs Blog and Ruckus the Eskie!

First of all, our resident Halloween cat, Samantha, has something to say: 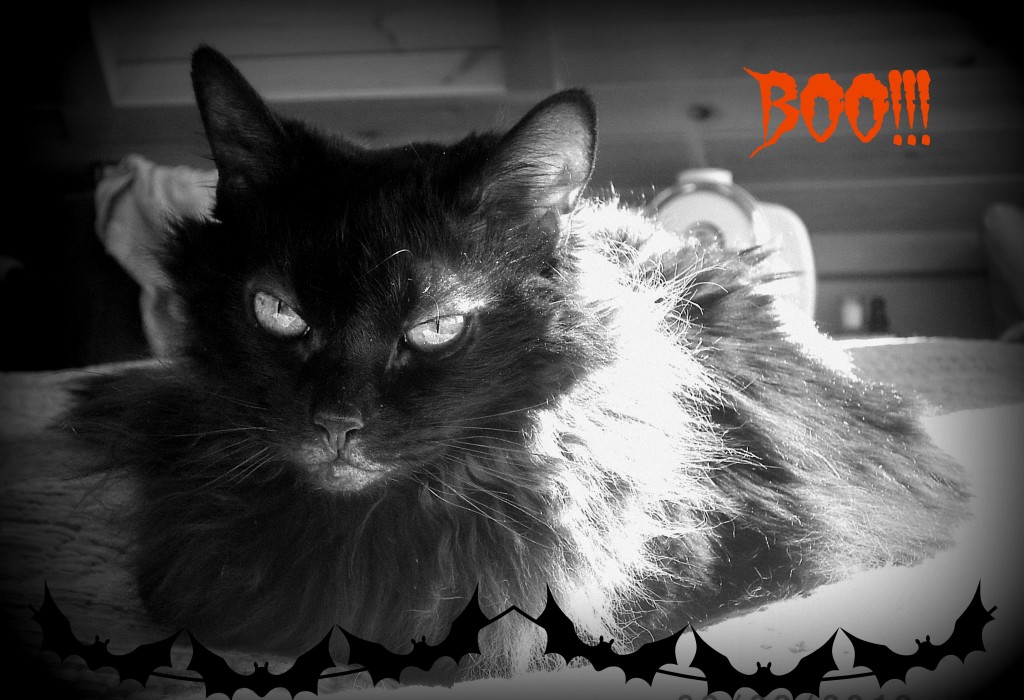 October has been a busy month, with lots of blog hops and many things to write about.  Last Friday, the 25th, was Sheba’s 9th birthday!  She shares her birthday month with Kobi, who turned 13 this month.  We don’t know the exact date of Kobi’s birthday but we know it is this month, so we celebrate with Sheba’s.

Friday is a work day for my hubby and I, so we saved the birthday celebrations for the weekend.  Saturday morning we headed off to the pet supply store to get Sheba and Kobi a gift, and we needed a new Chuck-It also.  I broke two chuck-its recently.  OK, the first one I broke was because I was trying to kill a bug with it.  The second one I just tossed into the grass!  Both had a lot of miles on them, and they often get left out in the weather so it’s no surprise that they would need to be replaced.

I don’t even want to tell you how long we spent in that store!  That little can of food was for the cats, just so you know they weren’t left out.  It’s a new brand I wanted to try and they did like it, so I’ll be getting more.  Also, someone did a review of those Fromm’s treats which is why I picked them up, but now I can’t remember who it was.  I wanted to give you credit, so if you let me know, I will do so.  The dogs love them!

I wanted to make some homemade treats too, and I had this recipe kicking around, I don’t remember where I got this one either.  It came in the mail with something for the dogs.

These were really easy to make.  Of course, I had my assistants in the kitchen with me:

They are not only assistant chefs, they are chief dishwashers also:

The finished product looks like this, and I’d say they were a hit. 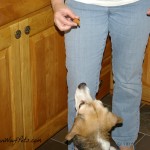 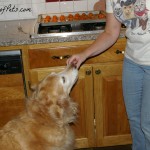 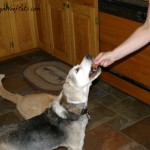 Kobi has been a little fussy about eating lately, so one of these muttballs added to his food helps get him jumpstarted:

Treats are the only thing Kobi desires for his birthday, other than maybe a warm bed, which he has plenty of!  Sheba still loves her toys though, as she’ll show you here:

We have also been busy this month trying to stay active, and joining PetsMove has been a great motivator for us.  For the first time this month, Cricket was on the leaderboard (top 10 moving dogs) for one week!  That week we had a great week, but kind of slacked off on the next one.  However, they now have a senior leaderboard, and all 3 dogs are on that one for this month.  There’s nothing like a little competition to keep us active, and of course it’s all in fun! 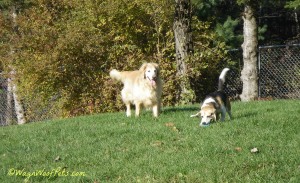 I started a senior dogs group on PetsMove (Seniors Rock) and since November is senior dog month, PetsMove is going to have special giveaways and prizes just for seniors, as well as now giving them their own leaderboard.  They will also feature seniors in their slideshow on the homepage.  I need to get my photos and forms filled out to get my crew included….I’ll be doing that today!

If you and your dogs haven’t joined PetsMove yet, there is no better time than now, especially if you have a senior dog!  Head on over and see what it’s all about.