We had some special visitors to our yard on the 4th of July. First we saw the little one amongst the flowers and then his mama joined him. We quietly watched them so the dogs didn’t catch on to the fact that they were out there. We know they’ve been around lately, we’ve seen them here and there, and the dogs have been smelling them a lot. When they smell them, they run outside barking, and run along the fence trying to spot them. 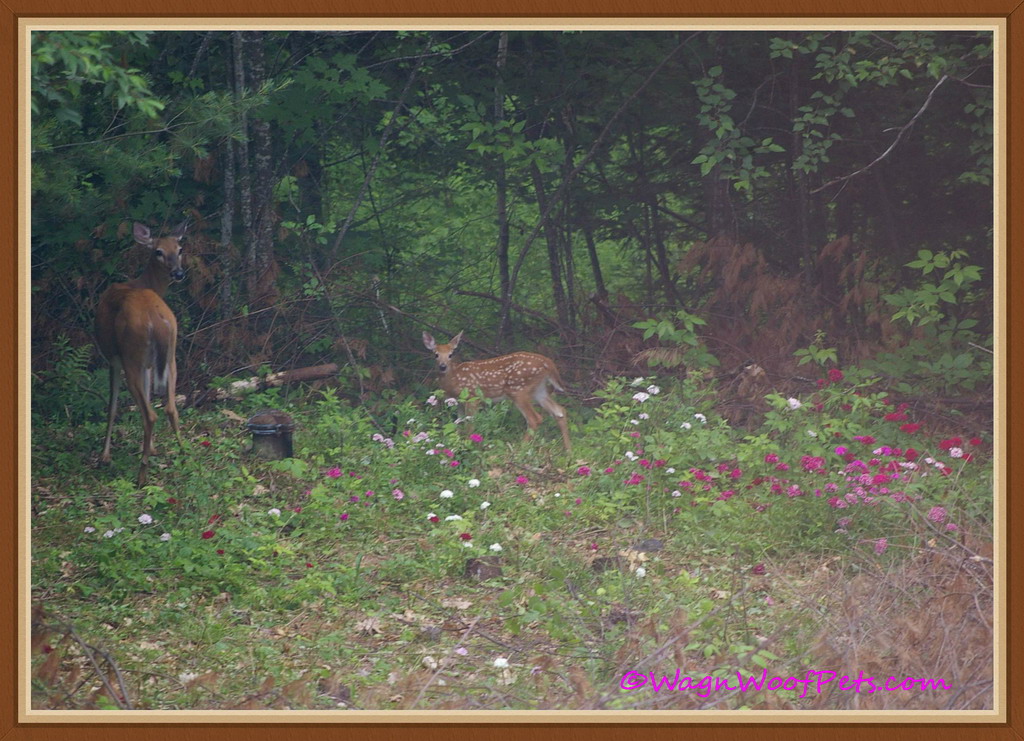 I think fawns do “zoomies”. This little guy (or girl) was entertaining us by running back and forth across that opening while his mother quietly watched him. I took quite a few shots but these were the clearest. 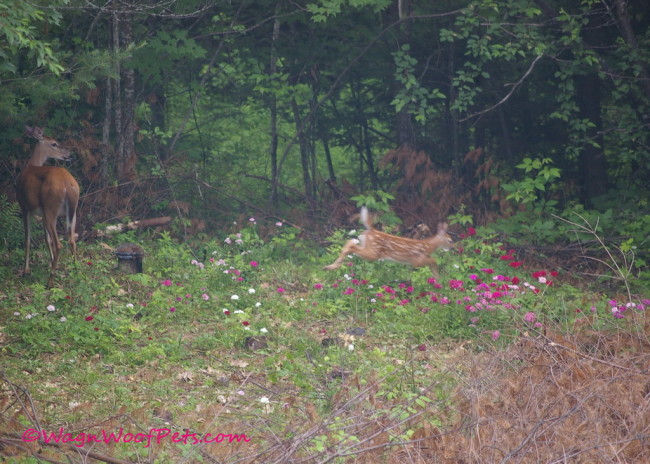 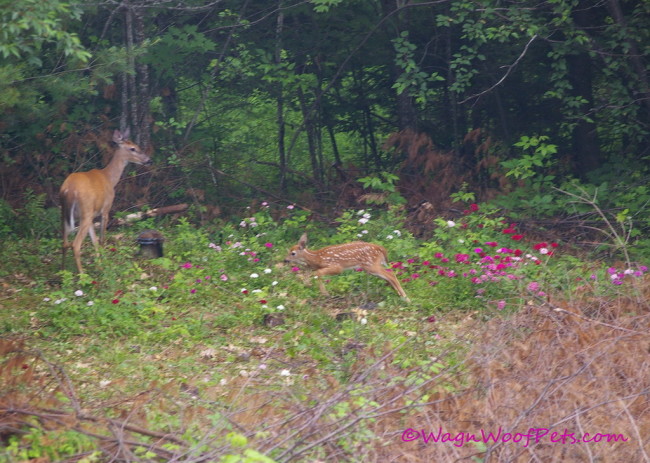 Eventually one of the dogs caught the scent and barked and then they were all barking. The show was over. We kept the dogs in the house until they settled down, but Luke still ran the fence line when we finally let them outside (the girls had lost interest by then). In this final shot for Black and White Sunday you can tell they hear the dogs. They don’t always run away right off when they hear them, probably because they hear them all the time,  but eventually they decide to err on the side of caution. 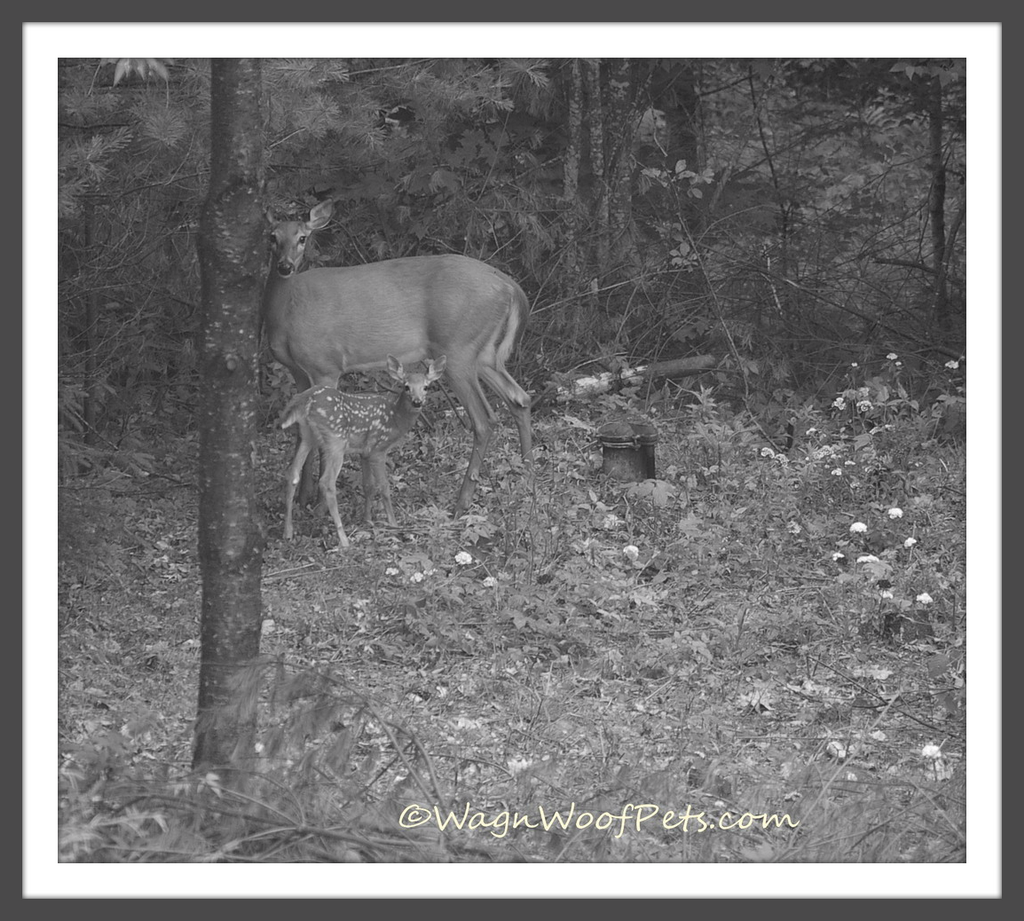 This little fourth of July show was as good as fireworks (and much quieter)!

*Update: As I’m getting ready to publish this Sunday morning, we saw two fawns and two adults down there! Hopefully I can get more photos at some point to share.

Happy Black and White Sunday, and thank you to our blog hop hosts Sugar the Golden Retriever and Dachshund Nola. Please visit other blogs through the links below.