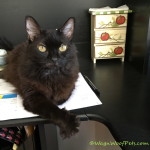 It’s official, folks, the Momz had too much time on her hands this weekend! This is what happens when she has a free weekend, and decides to take what was originally a crappy photo of me in the window, and try to turn it into something artsy. 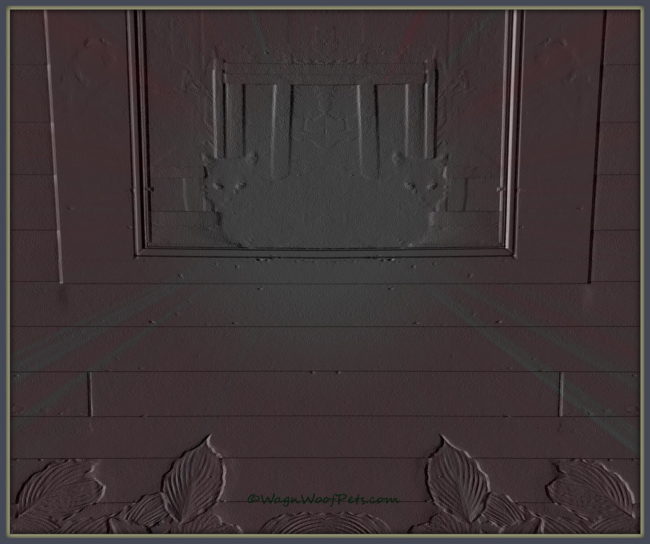 She says I should tell you how she did the effects. First, she used her camera photo software and added the “mirror” effect to make a two headed me (why?). Then she had to find a way to hide the fact that the photo was out of focus. She tried several different effects and ended up adding the “emboss” effect. That was the end of anything good in that software, so she took the photo to PicMonkey in hopes of adding some color back to it.

I think she got a little carried away adding the “radiance” effect which also gave her color options and she went with a red. Then, because she actually had the crazy idea that this might look good framed on the wall, she added a frame to see how it would look.

I think we need to keep Momz busier. I mean, really, would you hang this on your wall? I’m afraid she’s really going to.