Don’t these two girls look so sweet and innocent? 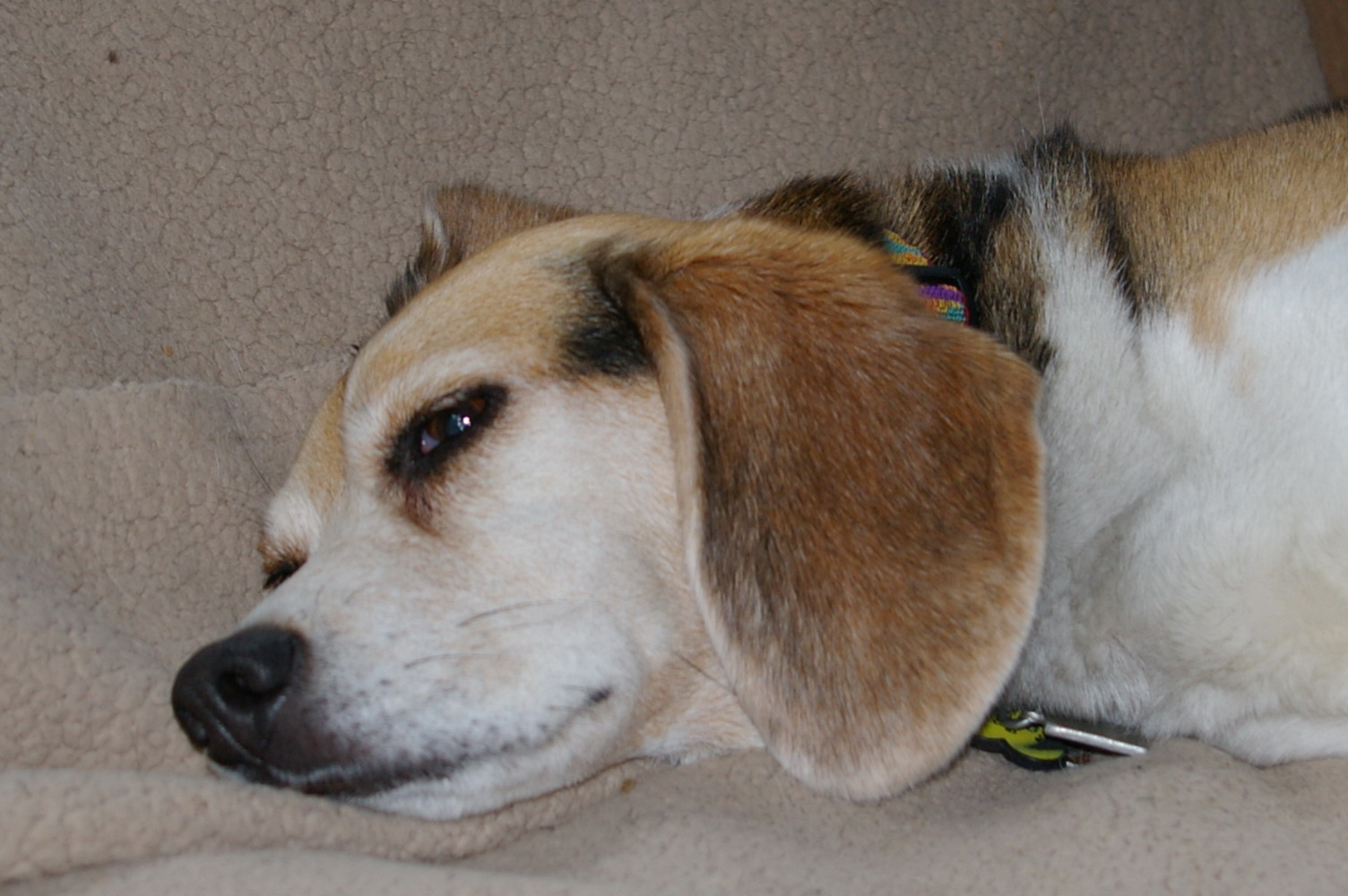 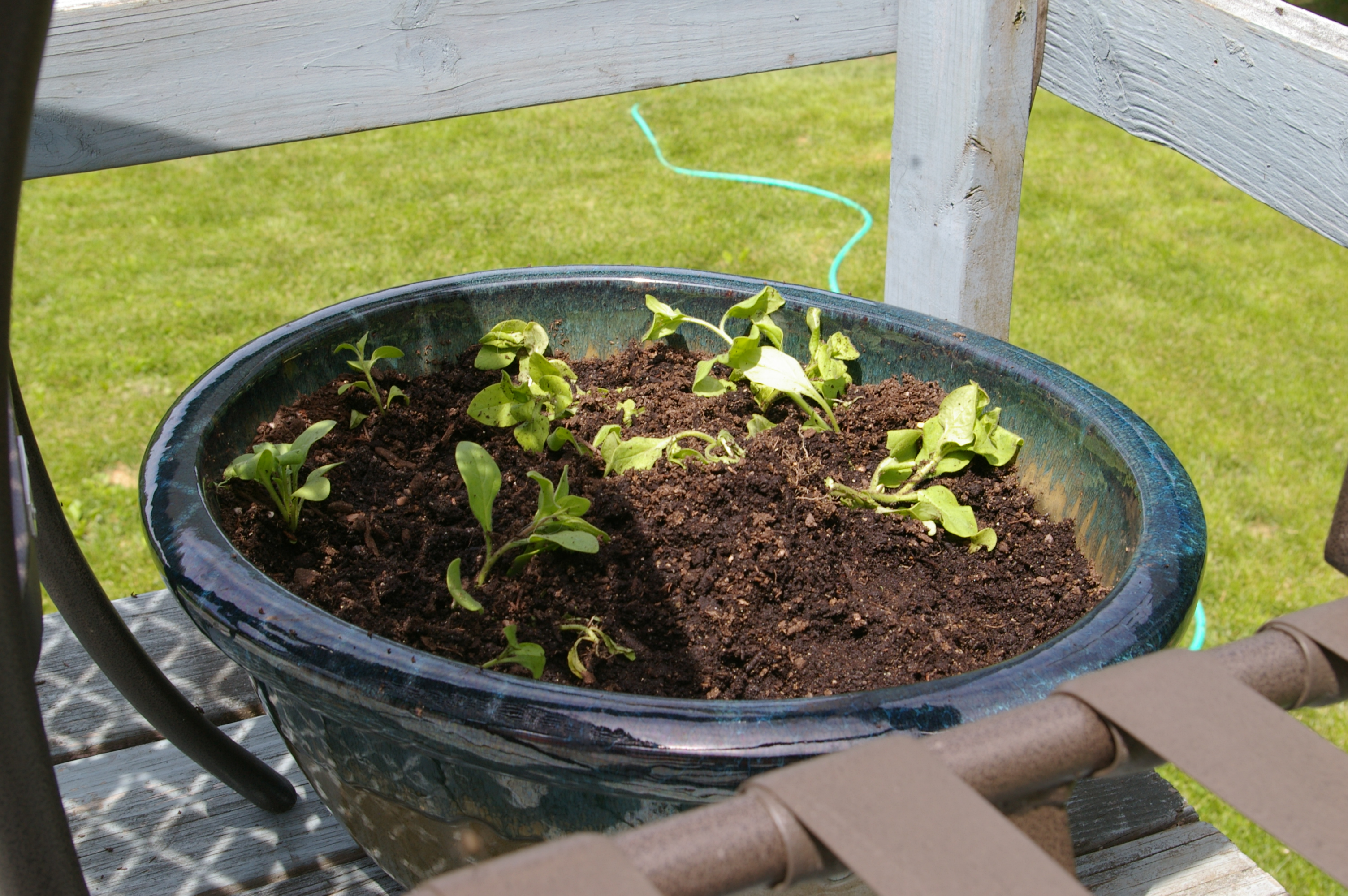 Sheba has had her nose in this ever since I planted the flowers….she was busted by a dirt covered nose and both girls were seen next to it acting suspiciously.  I had already replanted the flowers once and then put this barrier around it: 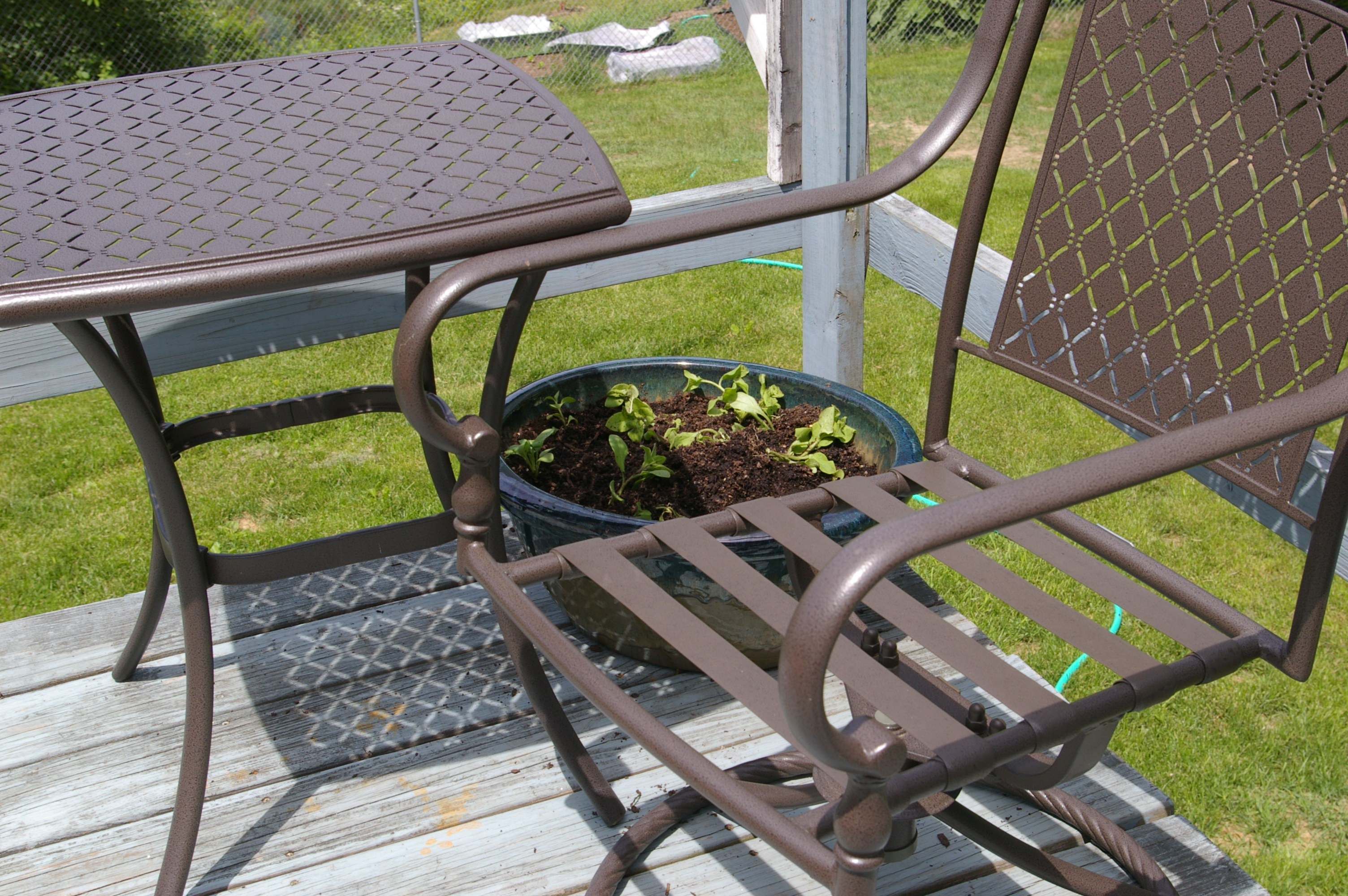 Even though Sheba is more of a digger, I actually suspect the little one, because Sheba doesn’t like things being out of place, and isn’t likely to push by anything.  Cricket could fit right in there.

I haven’t had flowers on my deck in years (other than small tabletop pots that get blown over by the wind), because of this, but these dogs are ALMOST 9 YEARS OLD now, and I thought maybe they’d outgrown all that puppy-like, destructive behavior.  Silly me.  This is why all my gardens are outside of the dog yard.

Now, before filling that planter, I had put this planter, already filled, on the deck.  It sat there for a few days untouched, so I thought it was safe to add the second one.  Why haven’t they touched this one, I wondered? 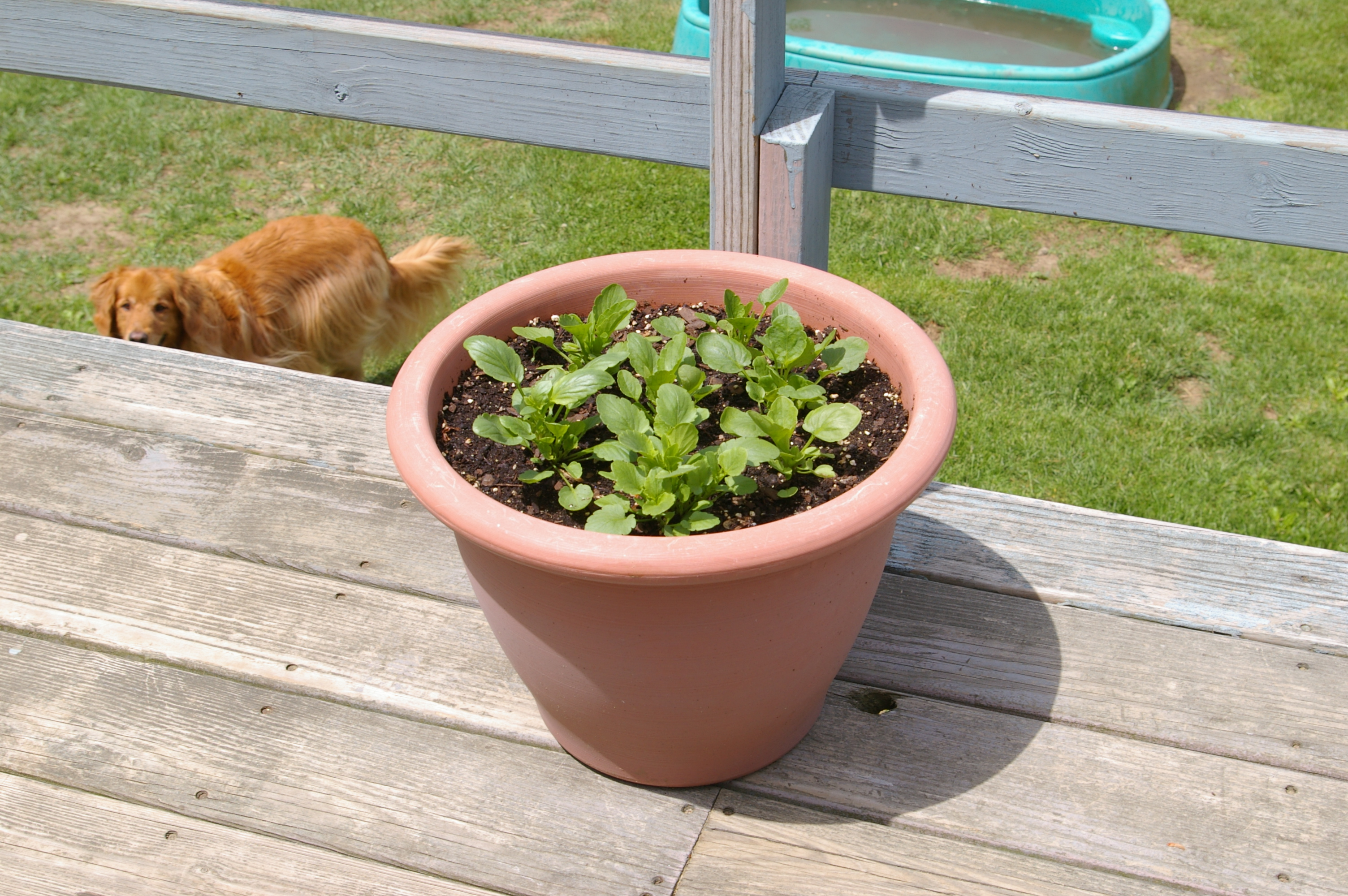 I thought maybe it had to do with fresh, damp dirt.  I had filled this one in my greenhouse and it was in there for several days before going up on the deck.  So the dirt was all packed down.  The other planter was so heavy I had to fill it on the deck after Hubby had carried it up for me.  Perhaps the fresh, loose, damp soil was too much for them to resist!  But then just yesterday, this happened: 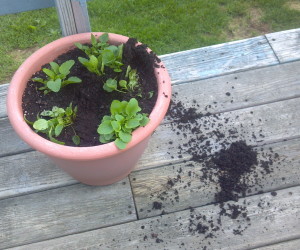 This was just after a couple of days of rain, so I still could be right in my theory that it is the damp soil that attracts them.  I caught Sheba red handed this time…..or should we say dirt-nosed.

My next plan is to try putting these planters up on tables and see if I can get them high enough to keep them out of them.  Wish me luck!

By the way, no dogs were harmed in the digging of these plants….I didn’t have complete faith, so I was very careful to choose plants that are not poisonous or harmful to dogs!  Another side note:  I can’t have plants in my house either….the cats dig those up!

We are excited to be participating in the Monday Mischief blog hop for the first time!  This hop is hosted by Alfie’s Blog, Snoopy’s Dog Blog, and My Brown Newfies.  These blogs are fairly new to me, so I look forward to checking them out, and I hope you will too.  Don’t forget to visit the other participants too!