What do you suppose Sheba is bracing herself for here?

Here’s another one…look at the very top:

I need to learn to yell “heads up” more when I send the ball flying towards the pool for Sheba to catch. Sometimes she is just not paying attention!

I love to toss the ball into the pool for her. She enjoys jumping up to catch it, but with her arthritis, I try not to let her jump too much. Jumping in the pool gives her a softer landing for her paws, so I feel better about it. 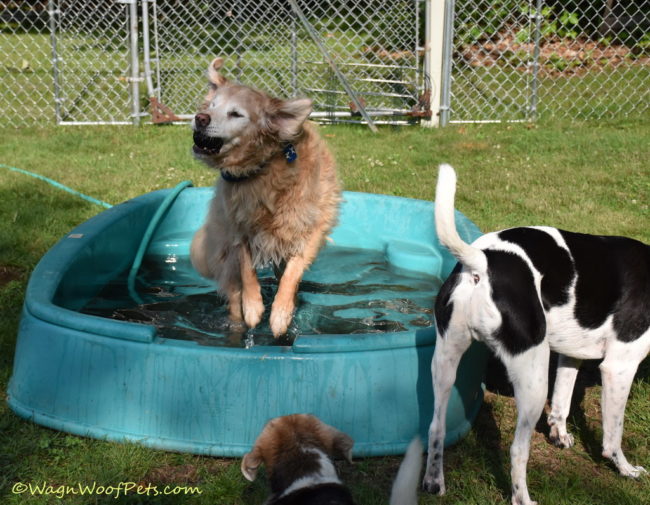 She occasionally gets bopped in the head with the ball. They all do, but Sheba and Luke are the two most likely not to be paying attention. Cricket stays pretty focused on the ball most of the time, so if she gets hit, it’s only because she misjudged it. 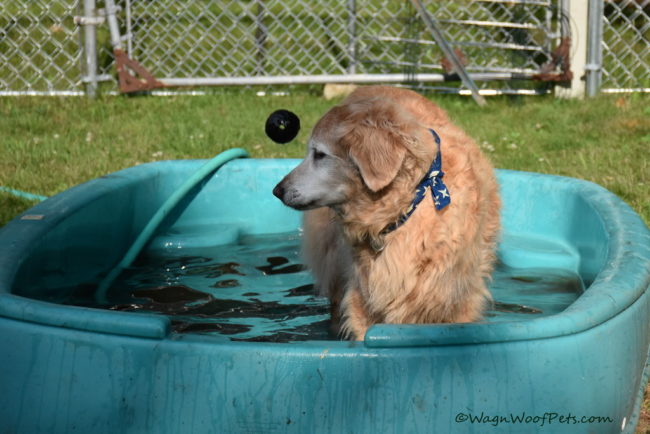 Not to worry, most of the time now we use the softer West Paw Zogoflex Air Balls*, or the Planet Dog ball* they are using here is also a current favorite. It used to be that Cricket would play with nothing but the West Paw Zogoflex Jive* balls, but somewhere along the line she must have realized that the other two were softer for catching in her mouth. I also love all of these balls because they are Made in the USA and for tough chewers. They float in the water and are also guaranteed and recyclable. 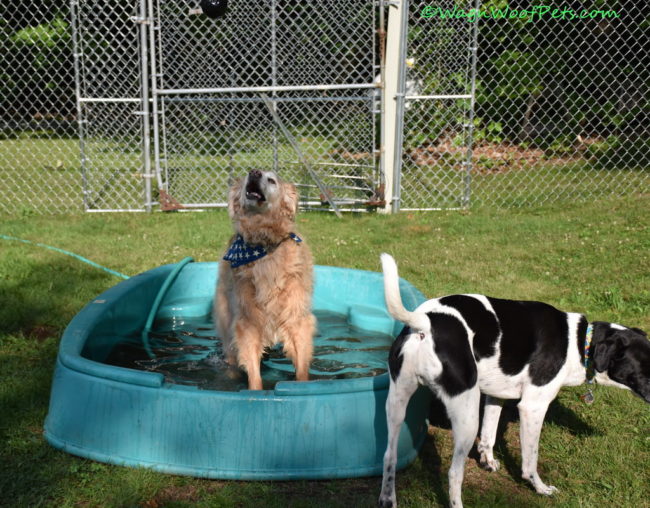 One thing I love about my Nikon D5500 SLR camera* is the “sport” setting. That setting will set off 2-3 quick clicks and often capture these types of photos that I don’t even realize I’m going to get. I had no idea that Sheba squinted her eyes when bracing herself for the impact of the ball! Why she does that instead of trying to catch it, I have no idea! 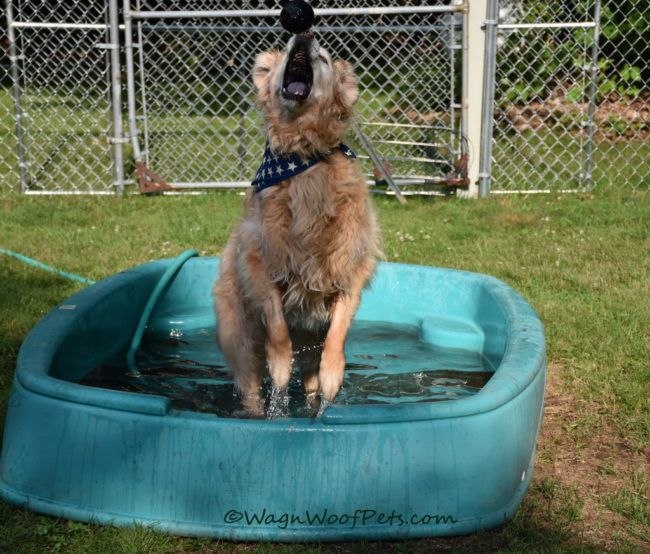 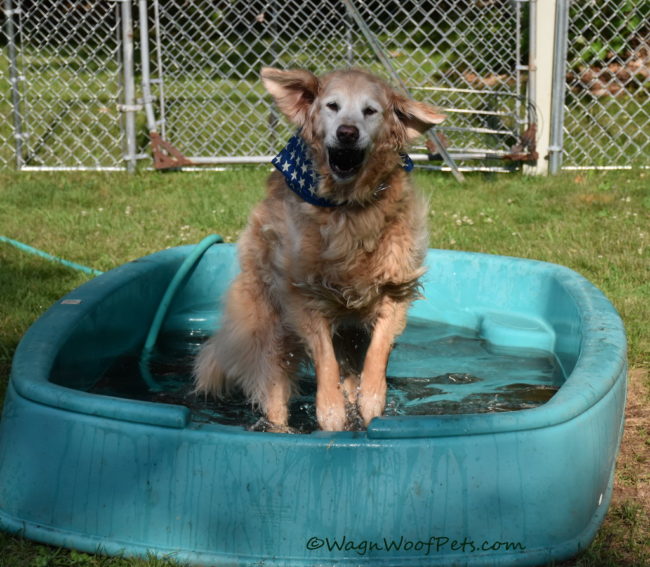 *Disclosure: This post contains affiliate links. If you order products through these links, we will receive a small commission.