There is some good news in the New Year for the animal welfare world.  I’d like to share some of that, before delving into all of the things we will still need to accomplish, which I will be covering in future blog posts.

The state of Michigan has strengthened their laws against dog fighting.  They will be treating it as a criminal enterprise (compare to large drug or prostitution operations).  This means that they can now shut down the venues, and seize homes and vehicles.  Animal fighting, shooting, and baiting can be added to the list of racketeering crimes.  Penalties are increasing from 4 years to 20 years in prison, and $50,000 to $100,000.  The ASPCA says this package sets a national standard.

Dog fighting is already illegal on the federal level, and every state considers it a felony.  But federal penalties provide for shorter prison terms: 3 years/$250,000.  The average penalties for breaking these laws in other states are also much less than what Michigan’s are now.  Dog fighting has been considered widespread in parts of Michigan, and on the rise.  Hopefully these new laws put a stop to that, and other states follow suit that need to.

The European Union, an economic and political union of 27 states mostly in Europe, also banned animal testing for cosmetics in 2009, with a marketing ban set to go into effect in March of this year as well.  However, this second part is still up in the air, as they keep postponing the date.  Animal welfare groups are working hard to see that this doesn’t get stopped again.

India also has a blanket ban on cosmetics testing in the works.  This one is looking promising to go through.

I am hoping for more of this good news, especially from our own country.  In the meantime, we need to continue to spread the word.  More people need to be made aware of the things that go on, so more of us can raise our voices to be heard by the government, and by companies involved in practices that are wrong.

For more information on these subjects you can visit these websites: 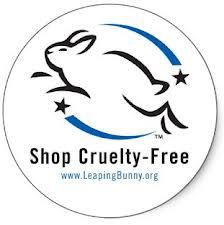