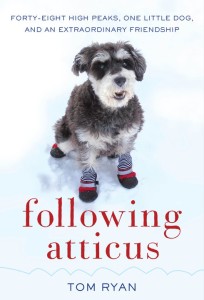 I used to mostly read only mystery novels, with an occasional non-fiction book thrown in.  My new obsession is dog books, this is my second recently (read about the first here), and I am starting a list of others to read after this.  As I mentioned previously, I used to avoid books about pets, because they tended to have sad endings.  But the new trend may be getting away from that.  I hate to give it away, but this book also has a happy ending.  I knew that going in, because I had come upon the Facebook page for the book before I actually read it.  It was published in the fall of 2011, but just came to my attention recently.

There are many things that I love about this book, other than the happy ending.  It takes place in my home of New England, first in Massachusetts and then in New Hampshire.  It is about a love of the outdoors, love of family and friends, love between a man and his dog, and ultimately romantic love.  It is also about a man’s journey to find his place in life.

As the book begins, Tom Ryan is a newspaper publisher in Massachusetts.  He unintentionally ends up rescuing an older miniature schnauzer named Max.  They become fast friends, but Max is elderly and less than two years later he passes away.  But he leaves his mark on Tom’s life.  Tom decides to get another miniature schnauzer, a puppy this time.  He has in his mind that he wants a unique dog, and takes some time to finally find the perfect one from a breeder down South named Paige.  Paige gives him constant support and advice in raising the new puppy, who he names Atticus M. Finch (M for Max).

Atticus is Tom’s constant companion, and everyone around town knows him, as they had known Max.  Tom’s work as a newspaperman puts him in touch with a majority of the townspeople.  Eventually, Tom decides to take a much needed vacation in Vermont, and of course Atticus goes with him.  Tom falls in love with Vermont, goes back many times, and eventually invites his brothers to join him there.  They have not been a close family, but on this visit they bond in a way.  This leads to one brother inviting the other brothers, as well as Atticus, to hike Mount Garfield in the White Mountains of New Hampshire.  They had vacationed in the White Mountains as children, and this trip renews Tom’s love of the mountains.  Atticus also takes to the mountains and the hike is not difficult, even for this little dog.  Tom and Atticus’ lives have now changed.  They are enamored with the mountains, and compelled to return as much as they can.

They begin their quest to hike all 48 of the 4,000 foot peaks in the White Mountains. Many serious hikers have achieved this goal, but not as many dogs.  They achieve their goal in the summer months.  Down the road, because of a close friend who died of cancer, Tom will take up the task of accomplishing this goal in the winter, as a fundraiser for cancer.

Tom Ryan’s writing style can be lyrical and poetic.  His descriptions of the winter treks to the tops of these peaks bring to life the beauty of the mountains in your imagination.  I felt like I was there with them.  Along with their adventure to hike these peaks (as it turns out the goal is to hike them TWICE in one winter!), he intersperses interesting history of the White Mountains, and the story of his difficult relationship with his father.  Most of all, his relationship with Atticus, and stories about this incredible little dog, make this book difficult to put down. 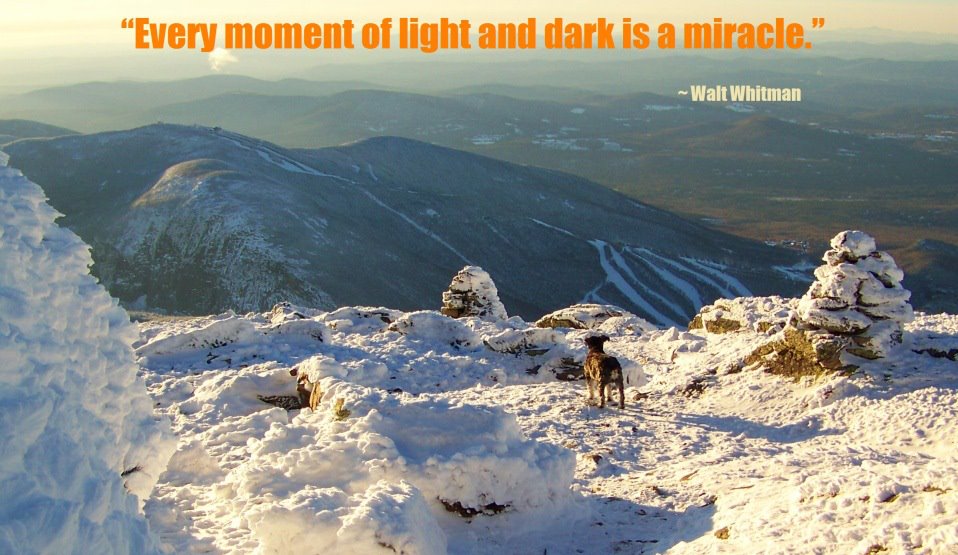 My husband and I used to hike quite a bit, though never in winter.  Between that and my love of the mountains in my home state, this book became so much more than just the wonderful story of a man and his dog.  Although that story alone could have made the book.  Atticus has a unique personality, and his love of hiking (plus his stamina) is amazing.  One of Atticus’ favorite things to do is to sit and stare out at the view, when he reaches the top of a mountain.  His nickname becomes the “Little Buddha”. 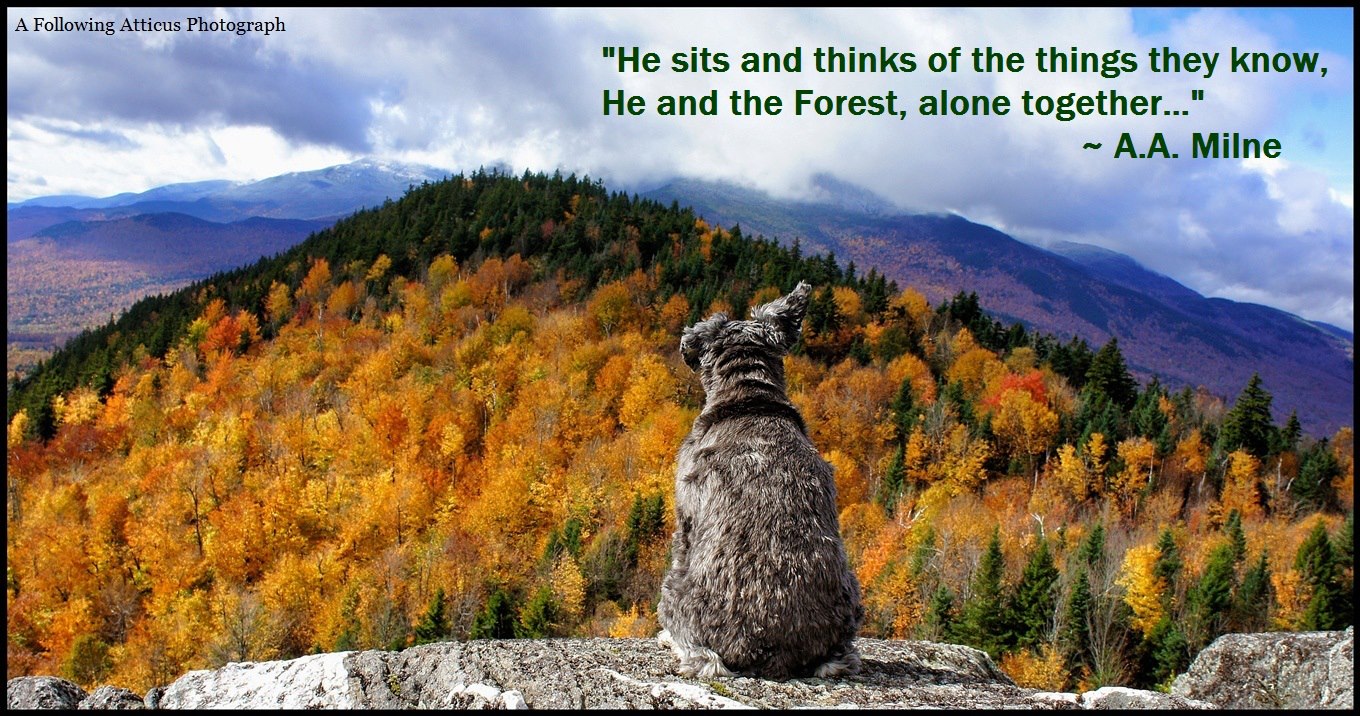 What did I like best about this book?  The story goes on beyond the end of the book. When I have completed a very good book, there is always a sense of letdown when I reach the end.  This story carries on, as Following Atticus has a wonderful Facebook page, and Tom also writes a blog, The Adventures of Tom and Atticus, about their life together.  There is much more to come, including a second book I believe.  You will not regret picking up and reading this  book, and then do yourself a favor and keep the  story going through his blog and Facebook page.  Just recently, Tom has adopted another dog named Will, and Will’s story is also incredibly heartwarming.  I am very much looking forward to reading even more of all their adventures, and will be greatly anticipating the arrival of the next book.