Our first snow of the season started last night, and even at 11 years old, our little beagle was up before it was even light out yet, whining for us to throw her ball! That is why the photos are a little dark. The humans are still drinking coffee, and not ready to venture outside yet, so the ball was thrown from the door.

They didn’t play for too long, because it is still pretty cold out, and Cricket does feel the cold more than she used to. Luke was holding his paws up after just a few minutes, and then brought the ball back inside! We’ll be back outside later when it’s warmer (and lighter) and have more and better photos to share later this week. 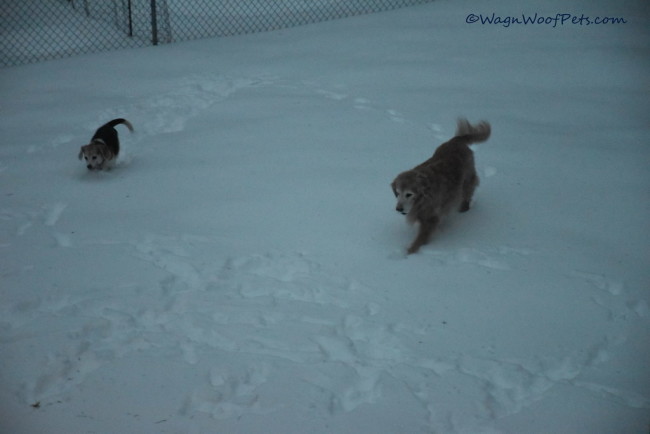 Did you get snow yet?