We have been quite thankful for a little taste of Spring this last week! Snow is melting fast and furiously, and we even got above 60 degrees yesterday. The morning dawned at 45 degrees, and the warm air on the snow creates “snow fog”.

Me, the Dadz (who was lucky to have the day off), and the birds were probably the most thrilled with this unusually warm February weather. 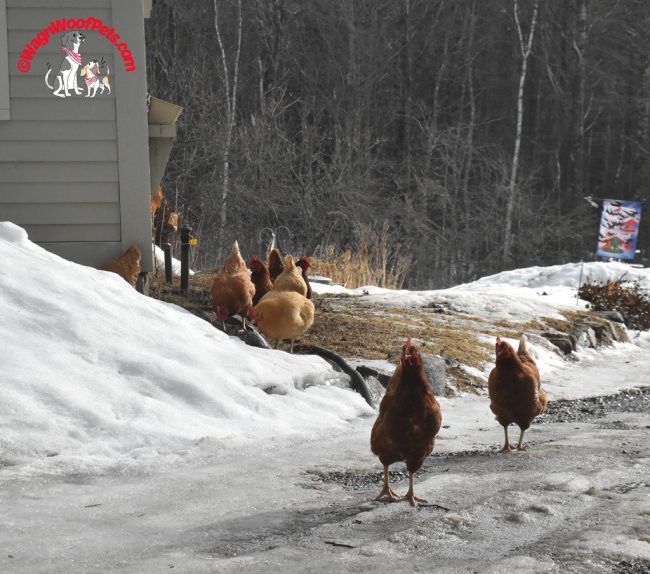 It was just business as usual for the dogs for the most part…they tend to go with the flow as far as weather goes!

They still enjoyed playing in the snow, but I think they appreciate the comfort of the warmer weather as well. Cricket spent a lot of time just cruising around the yard, and Luke was seen several times just lying out on the deck.

We know this weather won’t last, and with a cool down due anytime, we should still retain some of the snow for playing in the yard and walking in the woods, though you can see in the below photo we will probably be left with some ice as well. 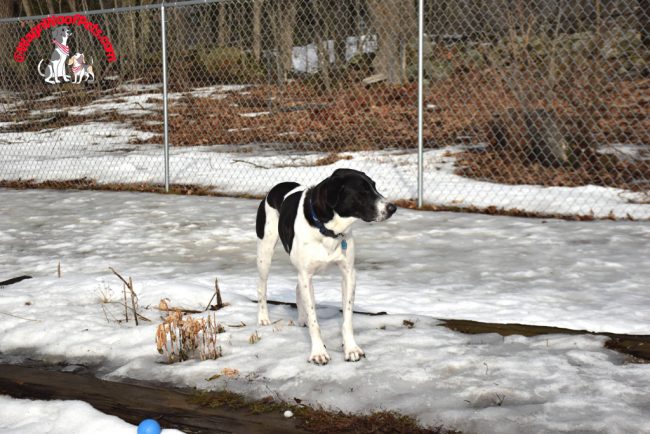 Since we’re trying to keep Cricket from running as hard these days, as long as we have a small area to play in, it will all be good. Snow Mountain still lives, and I imagine it will probably get bigger again before winter is done with us and spring really arrives. 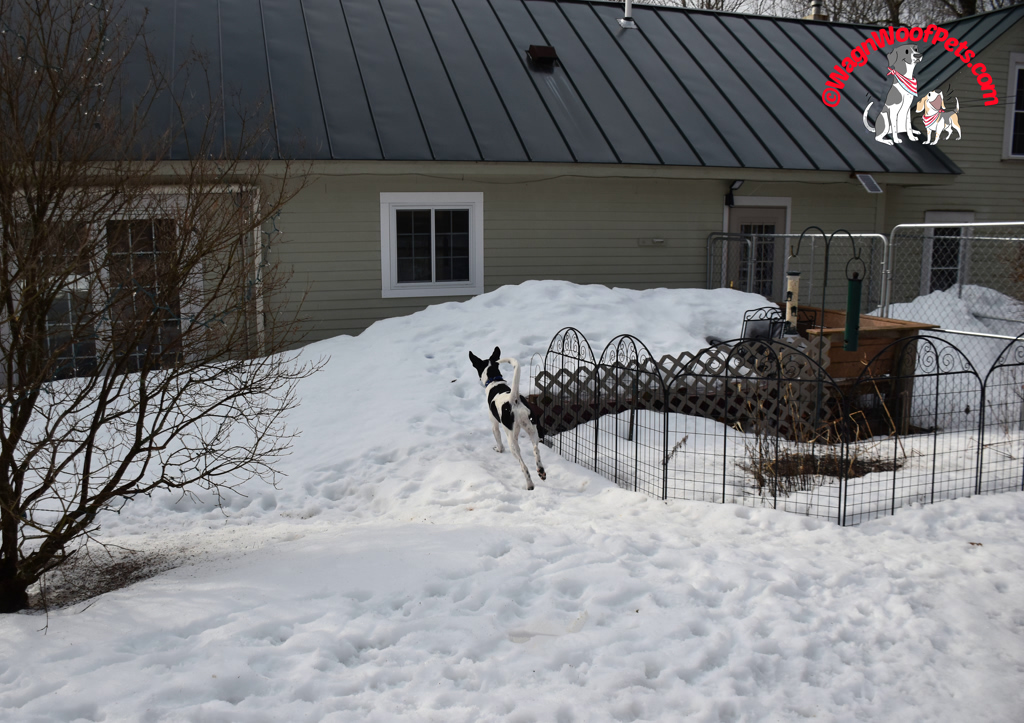 Thank you to Brian’s Home for hosting the Thankful Thursday blog hop!