I’ve paid money for fancy photo software, but the truth is I often just use free online photo software. Fotor.com has been one of my favorites for a while, so I was happy when they recently added a new graphic design feature.

They have many templates to choose from for easy projects: Facebook, Twitter, Google+ and Youtube covers, posters, cards, and also Instagram and Facebook posts. The last time I updated my Facebook cover for our Wag ‘n Woof Pets page, I had to update it several times to get it right. So that’s the first thing I wanted to try with the new Fotor feature; a new Facebook cover for my personal page. I’ve been taking lots of photos with my new camera, so I was excited to be able to use some of those and see what I could come up with! I knew just what I wanted to do, and Fotor made it easy to do just that.

By using Fotor’s template you get the exact size and setup you need for each social media cover photo. You can use one of their templates with a design already in there, or you can just start with a blank canvas. I used one of their templates to start, but it was easy to modify it and make it into what I wanted. I downloaded my own photos and at first had trouble switching them out. But they have a short video tutorial (which you can access right on the design page) and after I watched that it was easy. It was simple to change out the text they had to what I wanted, and modify the fonts, colors, and arrangement.

The feature I really liked the best is that you can “preview” your design to see how it’s going to look on your computer. That really helped me get the arrangement right. I had so much fun with this, that I also did new headers for my Twitter and Google+ pages! For the Twitter I just used a blank canvas and added my photos, text, and chose one of their backgrounds. They have several backgrounds to choose from, and you can also select any color instead. I had trouble getting the Twitter one to fit right on my page, but that was not Fotor’s fault, the size they give you to start with is the size Twitter recommends. At least with Twitter you can change it without having to post it each time like on Facebook (the last time I did my Facebook one, using a different software, it posted it every time and I couldn’t get it to fit right, without words covering some of my photos or text – very annoying!).

I also wanted to see how the cards and posters worked, and I was able to make this simple birthday card in about 5 minutes! I don’t usually have time to make cards to send to online friends for their occasions, but using this I think I could definitely do it more often. 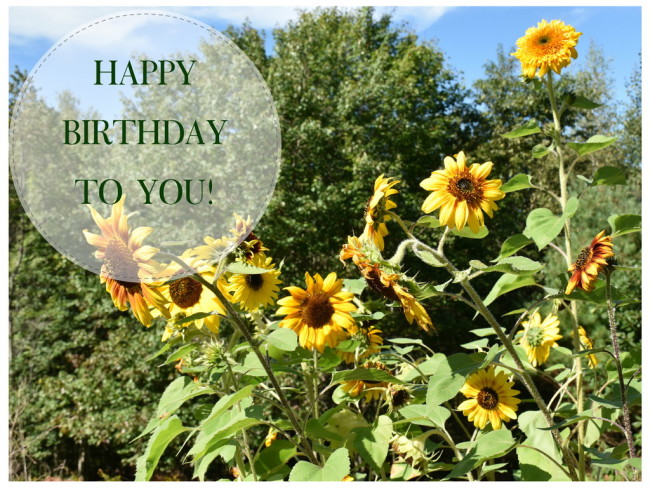 One other feature that I use a lot on Fotor is their collage maker. That is what I used to make the “crew” sidebar collage for the blog, and that you see included in the headers above. Again, they have many templates to choose from, and the process is simple. They also have photo effects to choose from, as well as frames.

If you like to edit your photos, and make cards or new headers for your social media pages, give Fotor a try! Did I mention it’s FREE? You can’t beat that! They also have a mobile version; it is available on Android and iOS.

*Disclaimer: We were compensated to help spread the word about Fotor.com’s new design feature. However, we only share products we believe will be of interest to our readers, and all opinions are our own and honest.