We got our first significant snow of the season over the weekend; we woke up Sunday morning to about 5 inches of the white stuff on the ground.

I decided to take the K9 crew for a walk, which turned out to be adventurous (no photos this time – I was kinda busy trying to stay upright and dry)! It was just starting to warm up a bit, so I got snow from trees dumped on my head several times; and I fell more than once on debris on the ground that I couldn’t see through the snow! Then to top it all off, I was trying to wipe the moisture off my glasses when Luke jerked the leash and my glasses fell apart! They were already broken and glued together (I’m waiting for new ones to come in), so it’s not the first time it’s happened; just the first time when the lens fell into the snow! Luckily I was able to find it, but I was kind of blind for the rest of our walk! Thank goodness the dogs know our trails. 🙂

When we got back I let the birds out, well, tried to let the birds out. Though they’ve seen snow falling, and walked through a light accumulation on the ground, this was their first time in deep snow. Even the paths I had shoveled for them from the coop to the garage didn’t encourage them much!

Normally when I open the door in the morning, everyone comes flying out (often literally), but not this time!

Most did eventually emerge from the coop and make it to the garage and the barn, but I only saw two all day in any other places around the yard.

The guinea hens, however, were far more adventurous… 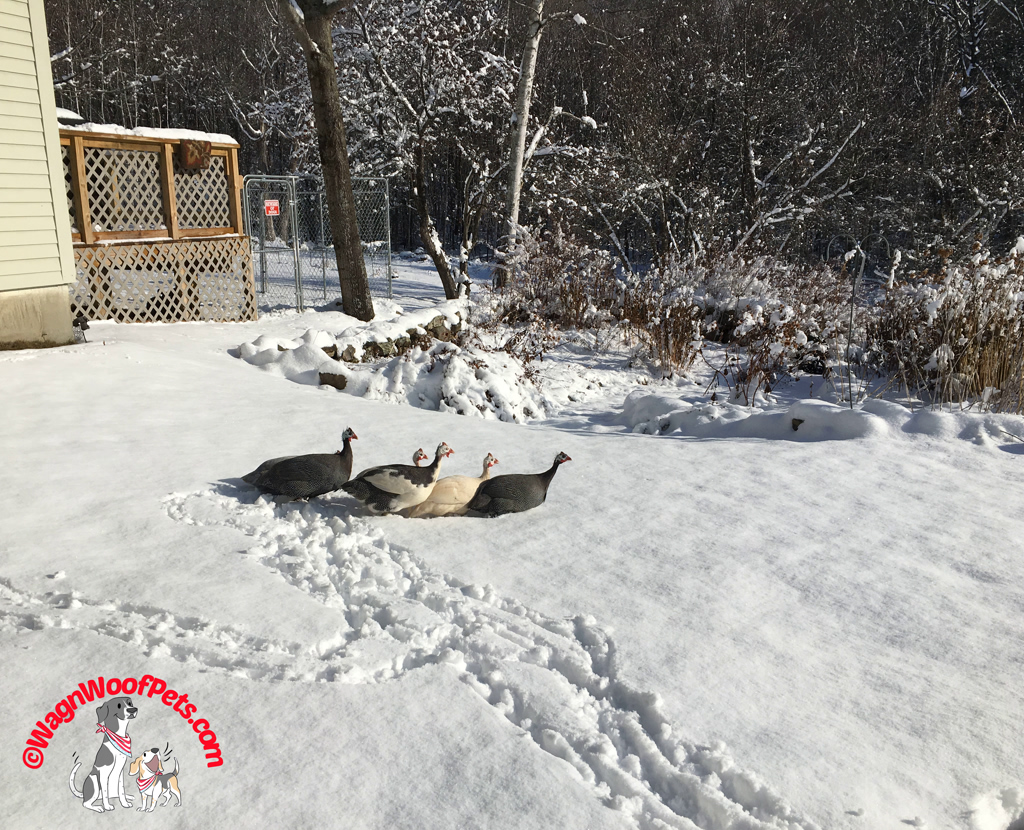 …..though still not much impressed.

Once I got the birds all settled with unfrozen water in the garage and on the porch steps, it was, of course, time to play some ball play as well, it’s a lot of fun in the snow!

Plus I got some shoveling done while playing too. We didn’t last too long though, by then I was getting cold and hungry and ready to go inside for a while. That’s OK…we’ve got another storm headed our way on Tuesday, so there will be lots more chances to play in the snow. Don’t tell the chickens though, they aren’t going to be too happy! 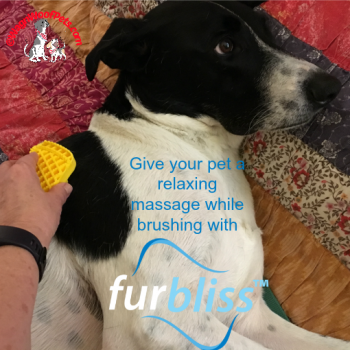 Don’t forget to enter our giveaway for a Furbliss pet brush (for dogs, cats, and all furry pets!). Click here to read more about it and enter to win.