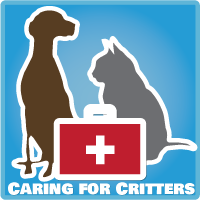 This post is part of the Caring For Critters Round Robin which was created by Jodi at Heart Like A Dog.  Each day a different blogger will be sharing their experiences with a particular injury, condition, disease or illness. Since it is a “Round Robin” one blog will pass the baton, so to speak, to the next each day.  Yesterday Jen at My Brown Newfies shared her story of her dog Sherman’s torn ACL .  At the end of this post, I will pass the baton on to the next blogger so you can follow from blog to blog.  Jodi is also gathering all of the posts here for quick reference.

Our beagle Kobi was our first dog to make it to being a senior, and he lived to be over 13 years old.  Before him our next oldest dog had only lived to 8.  Kobi was very healthy up until he was about 12, and then we started to learn about some different issues that senior dogs can have to deal with.

Kobi’s first big issue was weakness in his hind legs.  We started to notice him slipping and sliding on our wood and tile floors.  We took him to the vet where he had a thorough check up as well as blood work and x-rays.  Everything came back normal, and even though our vet said a spinal issue was a possibility, he felt it was more just due to old age and advised us to watch for any worsening.  We never really saw significant worsening, thank goodness.  He started to get a sore spot between two of his toes, which I felt was from splaying of his toes when trying to get traction.

Here are some of the things we did to make things easier for him:

All of these things helped and the weakness never became a significant problem for him.  He was a tough guy anyway, and if he slipped a bit and fell, he just picked himself back up and kept going.

Another issue he had was runny eyes.  Again, he went to the vet and everything was ruled out, leaving seasonal allergies as the probable cause.  We started using an all-natural eye rinse, and even though his eyes were often squinty, they didn’t seem to be significantly uncomfortable for him.  His eyes never really got better, other than for a short time, after allergy season was over, so we tend to also think that the runny eyes were just another symptom of his age.

One thing we always noticed as Kobi aged was that he slept more often, and he slept more soundly.  I have heard this from other people with seniors and I think that is a normal sign of aging, and even though he gave us a start more than once (when we had difficulty waking him), we just had to get used to that.  We believe his hearing was diminished as well, which probably also contributed to the ability to sleep so deeply.

If you would like to read more detail about any of these issues and how we dealt with them, I wrote a post summer of 2013 – Living & Learning – Seniors.

Earlier this year, Kobi had an on and off appetite for a bit before ultimately refusing to eat completely.  We added different things to his food to entice him to eat more, and that always worked, up until he was refusing a meal even with extras.  That’s when we took him to our vet.  Our vet was concerned because Kobi had lost some weight, and he did x-rays right off.   The x-rays revealed inflammation of his liver and kidneys.  The doctor wanted to do blood work to rule out leptospirosis.  There were issues with their machine reading the blood, and it couldn’t be tested at their office, so it had to be sent out.  In the days of awaiting the results, Kobi stopped eating completely, and nothing we could do would entice him.  The results finally came back negative for lepto, and showed signs that his liver and kidneys were failing.  By then, we knew we were looking at the end anyway.  A beagle that won’t eat or drink has very likely reached his time.

Even though I second guessed ourselves for not taking him to the vet when his appetite started to change, I don’t really think we would have done anything different.  At Kobi’s age, even if tests had revealed cancer weeks earlier (which was a possibility, though we’ll never know for sure) I doubt we would have put him through any treatment.  That is a personal decision for everyone of course.  Kobi ended up dying peacefully at home, just as he wanted to.

My advice for anyone that has a senior pet is just to make the best of all the time you have with them.  If you see a symptom you are unsure of, a visit to the vet is probably warranted.  We made a few that turned up nothing, but to us it was worth it for peace of mind.  When we started to see more and more signs of Kobi’s aging, we took just him for a special trip apple picking, which was the fall before we lost him.  We continued to go for walks even as they got to be more difficult for him.  They were slow, rambling walks, but he loved to get out and sniff things. The week before he fell extremely ill, I had taken him for a nice walk out in the snow and he loved it.  The weekend before he left us we took him for a car ride, which he always loved.  Now we have a lot of very special memories of his final months, weeks, and then days with us. 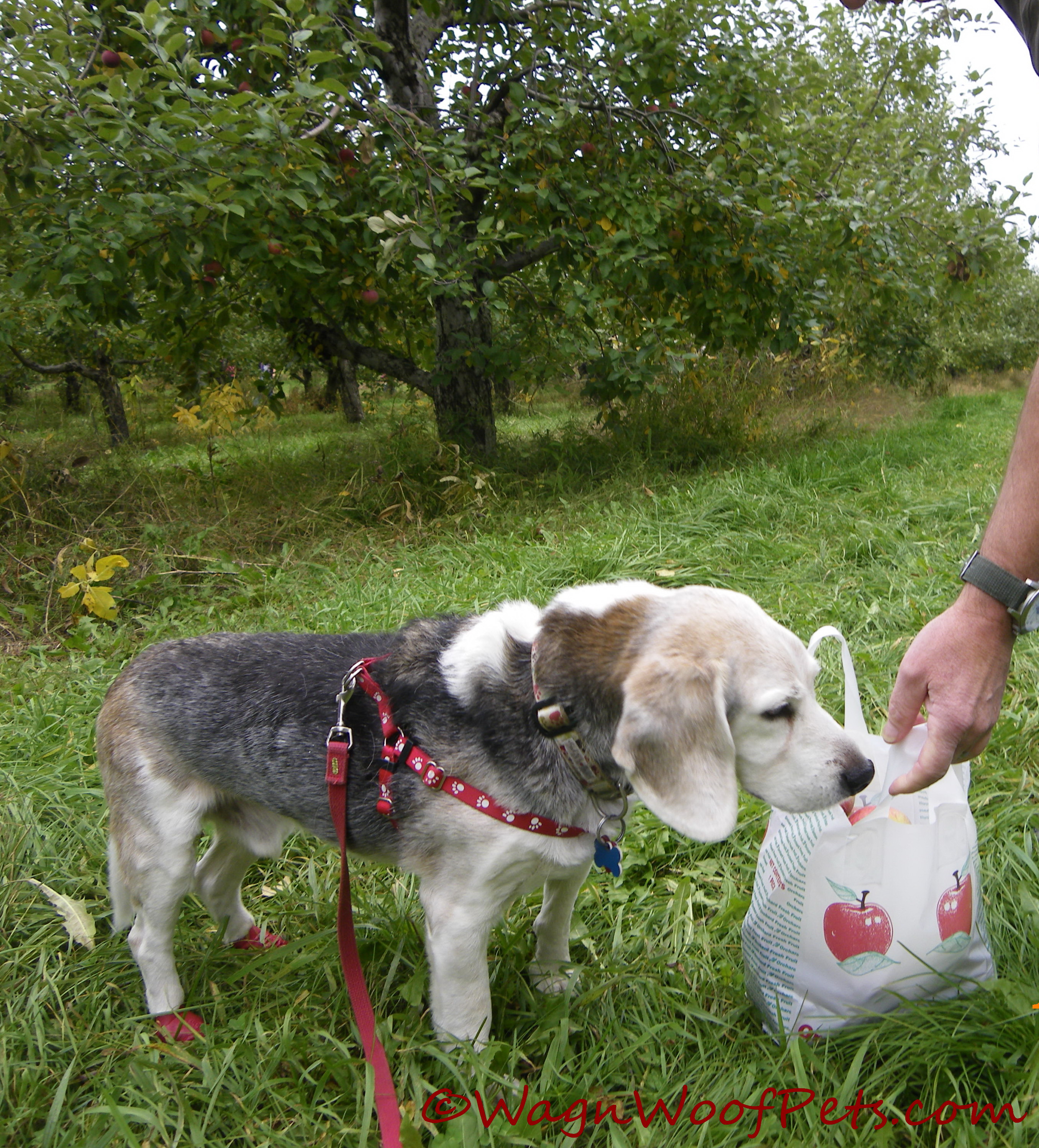 Please keep in mind, I am not a vet and this is not advice on how to handle issues with a senior pet, this is just my experience, and what worked or didn’t work for me.  Always consult your veterinarian before choosing any course of treatment.

Tomorrow’s Caring For Critters Round Robin is going to be hosted by Dawn of NEPA Pets who will be writing about gallbladder mucoceles.