We’ve been anticipating this day for weeks now, and finally the chicks arrived, right on schedule! We’re excited to be trying some new breeds this year: New Hampshire Red, Light Brahma, Speckled Sussex, Barred Rock, Isa Brown, and Olive Egger. Then we also chose some of our favorites that we’ve had before, or still have: White Leghorn, Golden Comet, Buff Orpington, and Black Australorp. We chose two of each breed, but got 4 of the White Leghorn and the Light Brahma, for a total of 24!

Well, we think we got 24, funny story – we ordered 24, but our invoice only says we got 22 (hubby didn’t count them when he brought them home), and I’ve counted 23. It’s impossible to count them because they are never still! We’ve outdone ourselves this year. 🙂 Each breed has been chosen for a specific reason, which I will fill you in on below. But first, let’s get to the best part, those cute chick photos! 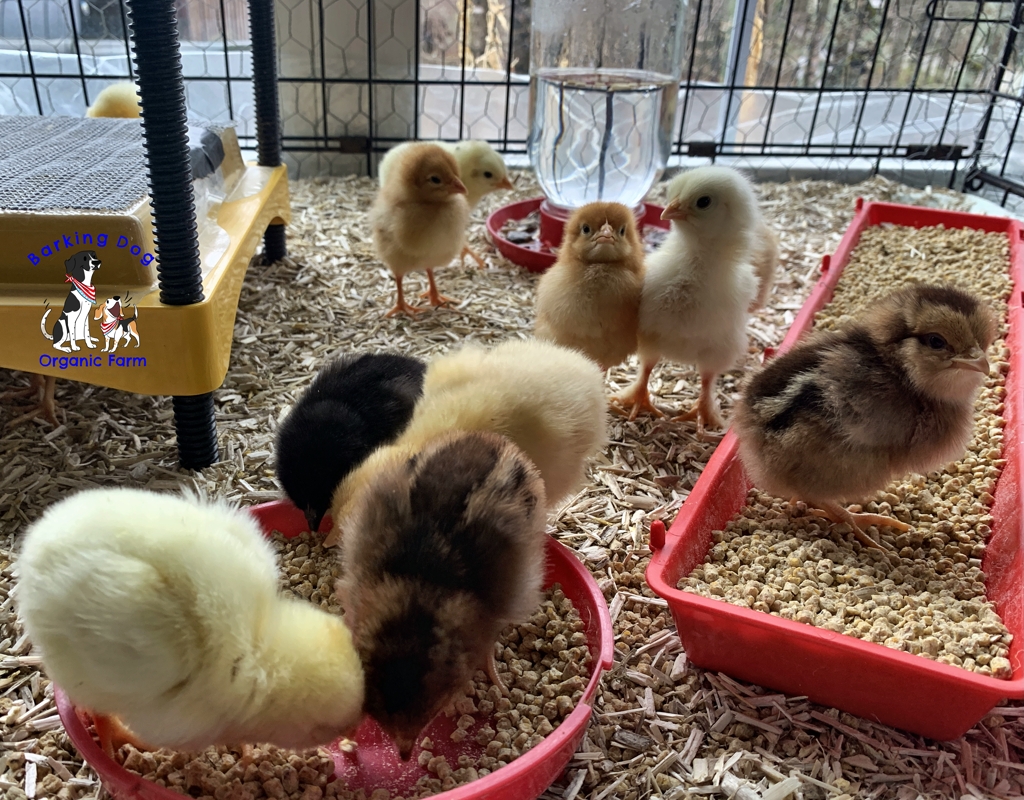 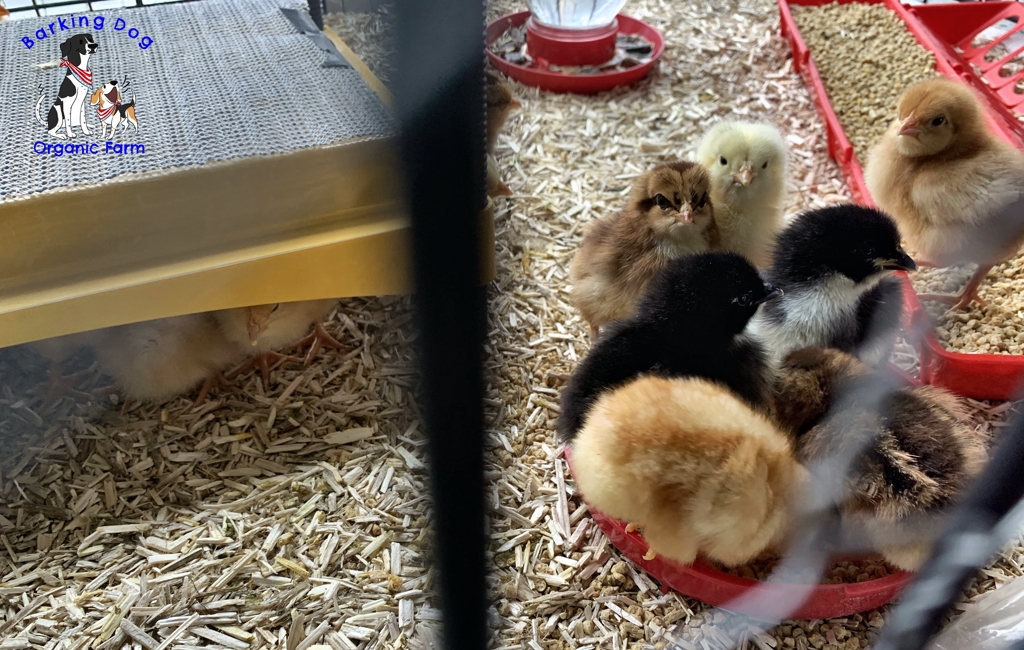 Now I’ll give you a little insight on each breed and why we chose them. 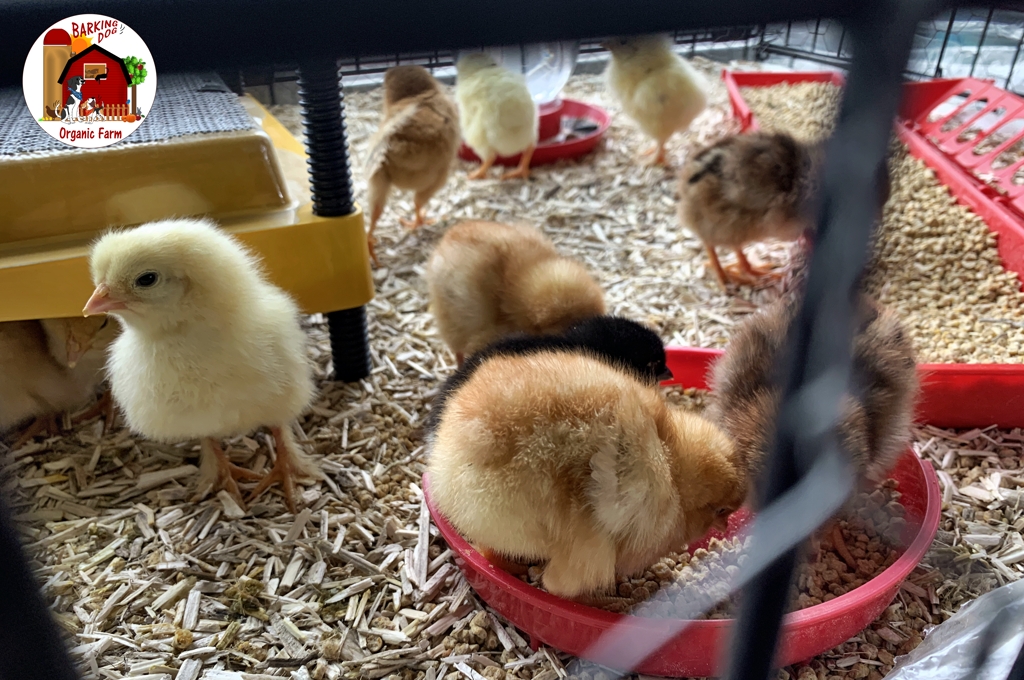 At this point, I mostly don’t know which birds are which, many of them look much the same when they are chicks. The Black Australorps are distinct where they are black above and yellow below, but I’m still working on identifying the rest of them! Also, I doubt we’ll be giving names to this crew with so many of them! My hubby doesn’t know the names of half of our other girls now anyway. 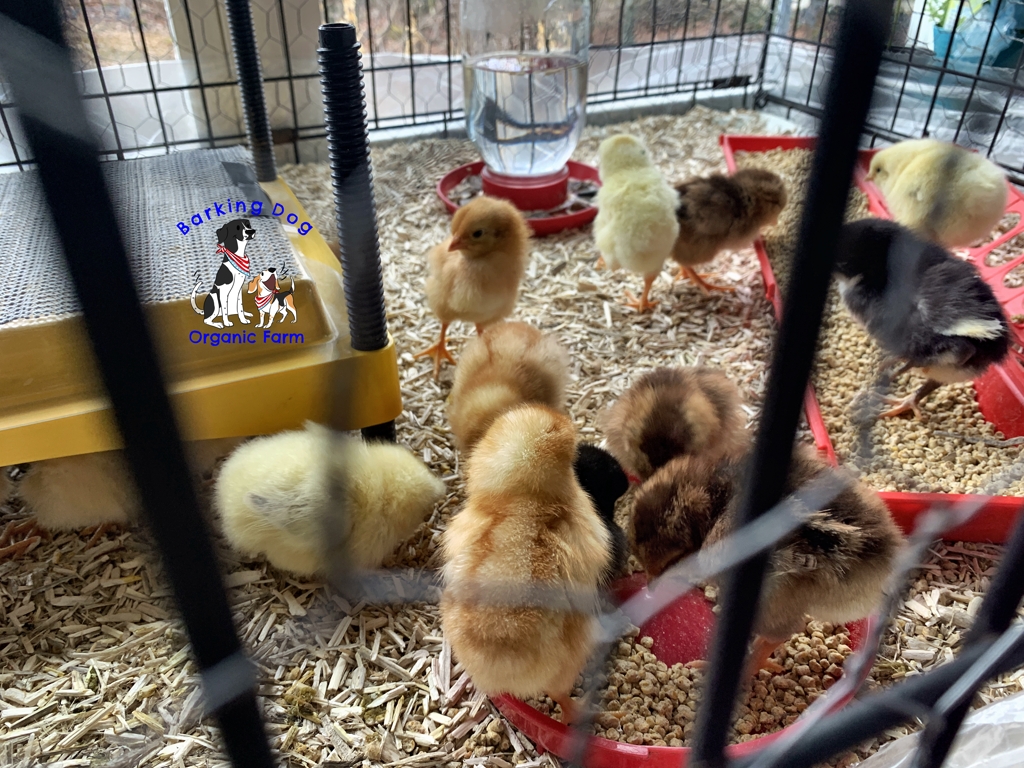 Things have been quiet with the flocks since I last posted (knock wood), though mating season has begun which means the guinea hens have been getting much more vocal (mostly the females). They should start laying soon we hope. We still have our rooster Lemonade; he and Charlie get along, and he is fairly mild-mannered like his Dad. The chickens have finally started laying better again, so we’ll be opening the farm stand back up soon, and I’m already selling some eggs at my shop. We’re just waiting for our muddy road to dry up more.

Farm Dog Luke wants his fans to know that he has had a good winter but is happy, as we all are, that spring is arriving and we’re able to get out for more walks. Here he is showing you that he is still living the good life: