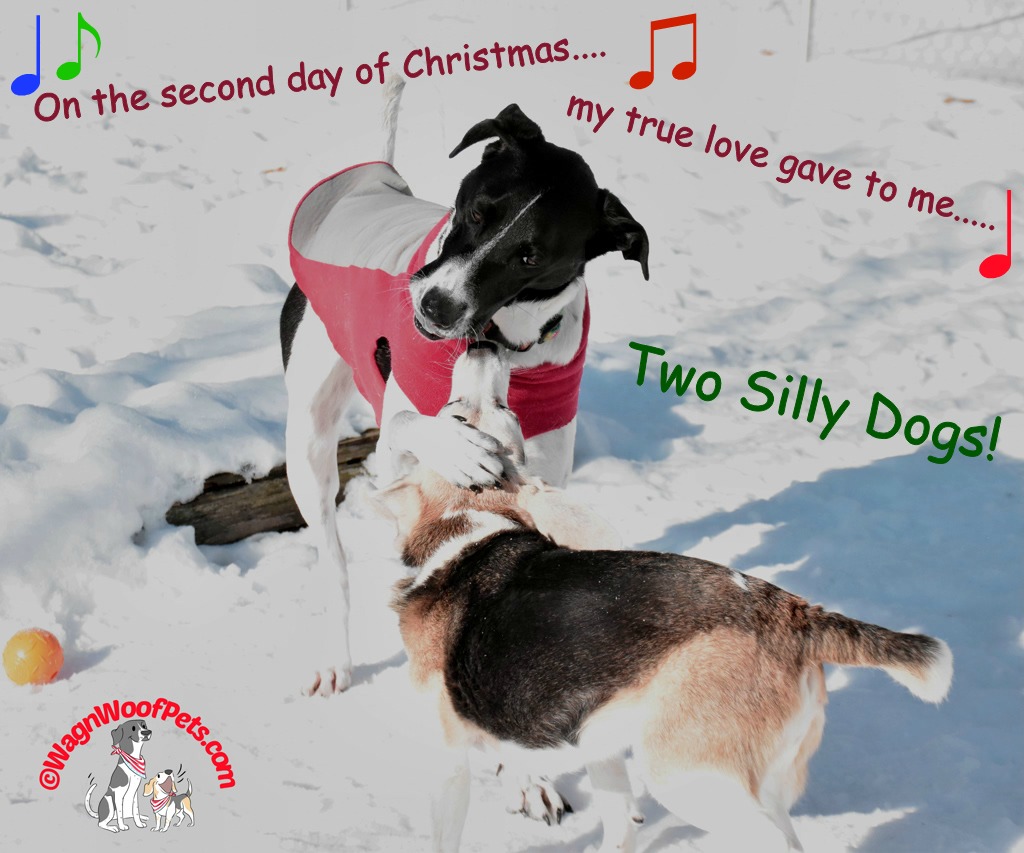 We’ve been having a fun pre-Christmas week and here’s some more proof of the dogs’ silliness:

Oh what fun it is to play in all of our snow, and we got some of their new West Paw toys out there as well!

The ruby red Hurley came in handy as toys are easily getting lost in the snow! While Cricket prefers to chase balls, she’s been known to chase Hurleys in the past, and she loves searching the snow when toys go missing. That was happening a lot since we’ve had over a foot of soft snow on the ground (it’s packed down now from playing and a short warm spell that melted it down some).

As planned, I kept the West Paw mitten* inside my glove (to get my smell on it) and then put it in my pocket to see if Luke would try to steal it.

You can see that he did. Unfortunately, he also wanted to destroy that mitten. Duh…that’s what he tries to do to my gloves when he steals them so I should have known! As soon as I saw what he was up to, I got it away from him to take the squeaker out. 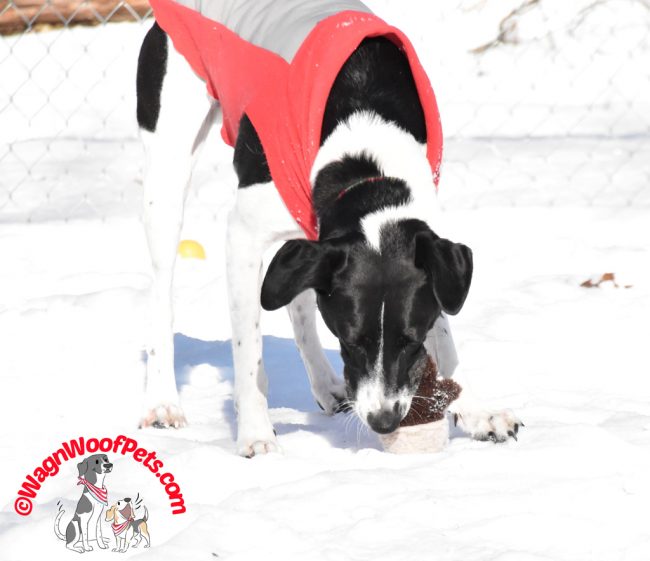 The mitten might be a better toy for a smaller, less destructive dog (like Cricket!). He had fun anyway, romping around with it, and it kept my gloves dry! Also, as I predicted, Rudolph went from the red-nosed reindeer to the no-nosed reindeer. 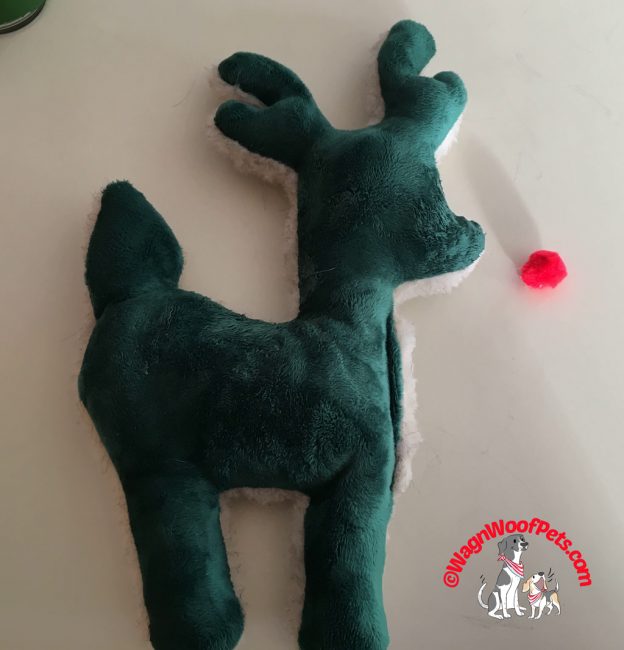 Other than that, he’s still intact, so he’s living up to his Ruff-n-Tuff name so far! With all this pre-Christmas fun, will we have any left by the time Christmas gets here? Oh, I imagine there are more goodies in store for our two silly dogs!