Our ongoing saga of our nesting guinea hen, Henrietta, took a sad and unexpected twist last week; when she got taken by a predator (most likely the fox). I’m not going into that whole story today, I’ll share that in our guinea story series. I’ll just say that while we don’t know exactly what happened, she is gone and Luke and I found her feathers on our walk that day. We were heartbroken once again, but the worst part for me was that she was so close to hatching those eggs. We were down to what we thought would be the last week.

We quickly made the decision to move her eggs into the incubator and see what happened. Just hours after doing that, I saw some eggs moving! It still took several agonizing days of waiting for anything more to happen. I needed some of those eggs to hatch, so we could know that all of Henrietta’s hard work sitting on that nest wasn’t for naught. It was almost a week later when those eggs finally started to hatch, and we had nine new little lives to carry on for their mother.

While we don’t plan to keep these, it still felt so important. (We have found a home for four of them so far.) I am so thankful that these new keets assure us that life truly does go on.

One other thing we are thankful for is that we know we have at least one female in the group of 6 we are keeping who are now out in the coop. Everything I read said that we wouldn’t know until they were at least 8 weeks old, but this little girl started doing her two-tone call that only female guineas do at just over 5 weeks of age. It seems we have a little over-achiever in the group! Hopefully she will carry on the tradition of her mother (Henrietta) and our other female, Violet, and try to keep those guinea boys in line when she gets old enough!

While the newest ones wait to move on to their new lives and homes, our cat Samantha is back on duty! She said it was too quiet with no birds to watch anyway, so she’s willing to put off her retirement just a little bit longer. 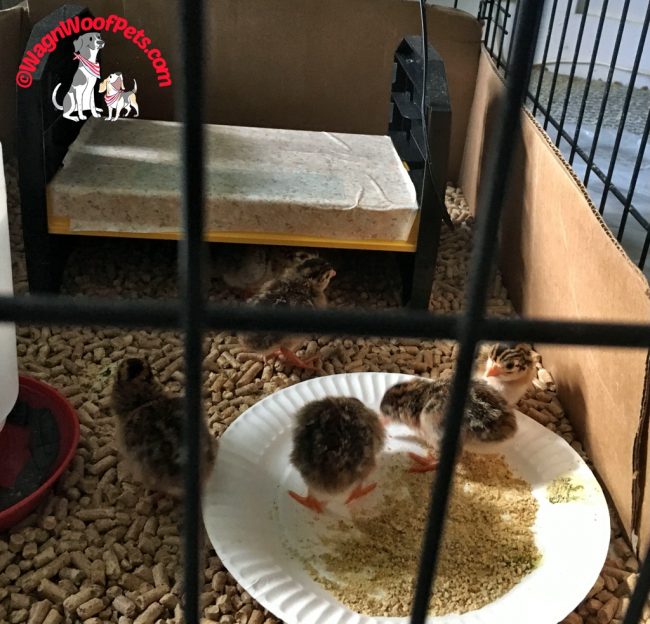 Thank you to our friends at Brian’s Home for hosting the Thankful Thursday blog hop! Please visit other blogs through the links below.